2020 has given us many things to ponder — perhaps too many. Nevertheless, it is the analyst’s job to distill the trends that define today and tell us something about tomorrow. In that spirit, here are 10 significant charts from my writing on energy and climate this year.

Energy became the smallest component of the S&P 500 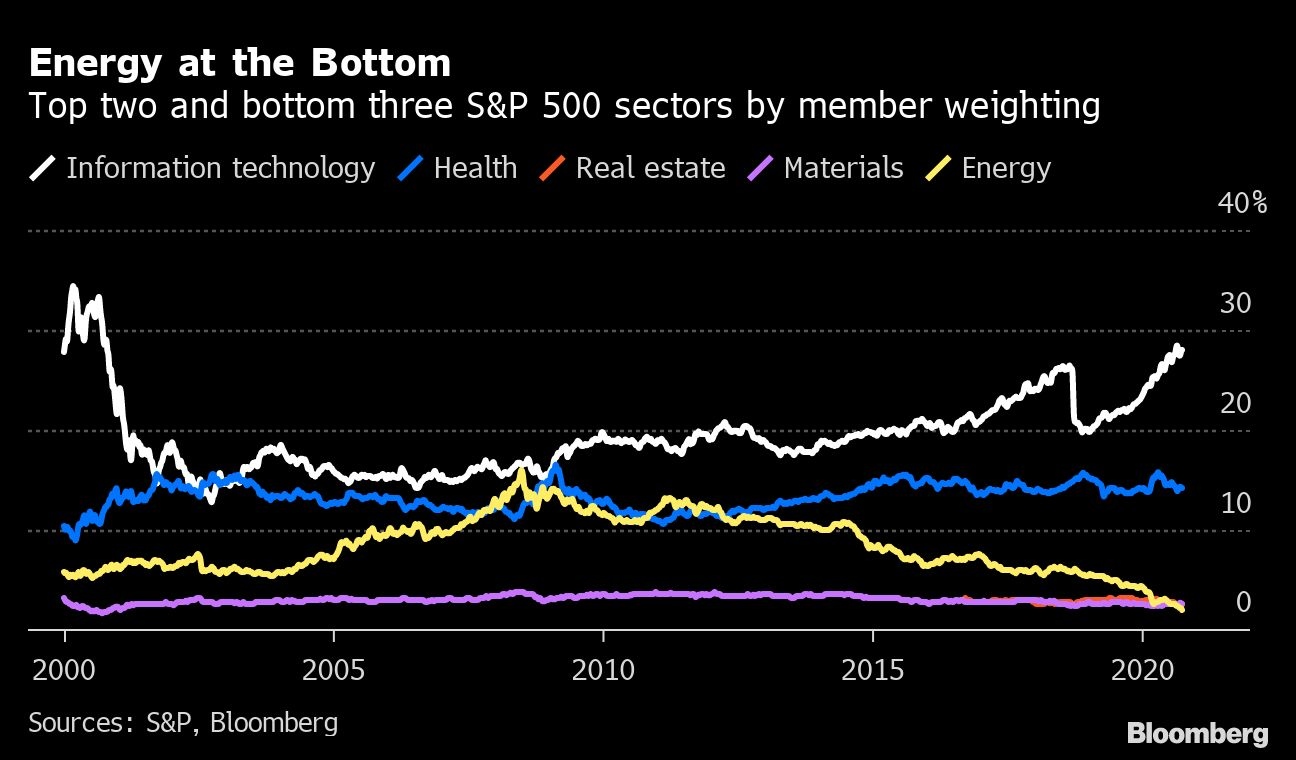 In 2008, energy was the S&P 500’s second-largest sector, right behind information technology. Its heft has diminished. After dropping below utilities, then real estate, and finally materials, in August energy became the smallest sector by weight in the S&P 500. Shrinking from almost 16 per cent to barely more than 2 per cent of the S&P 500 raises a multitrillion-dollar thought experiment for investors: What value will energy companies add to a technology-driven, electrified world?

Oil has a lower return on equity than renewables 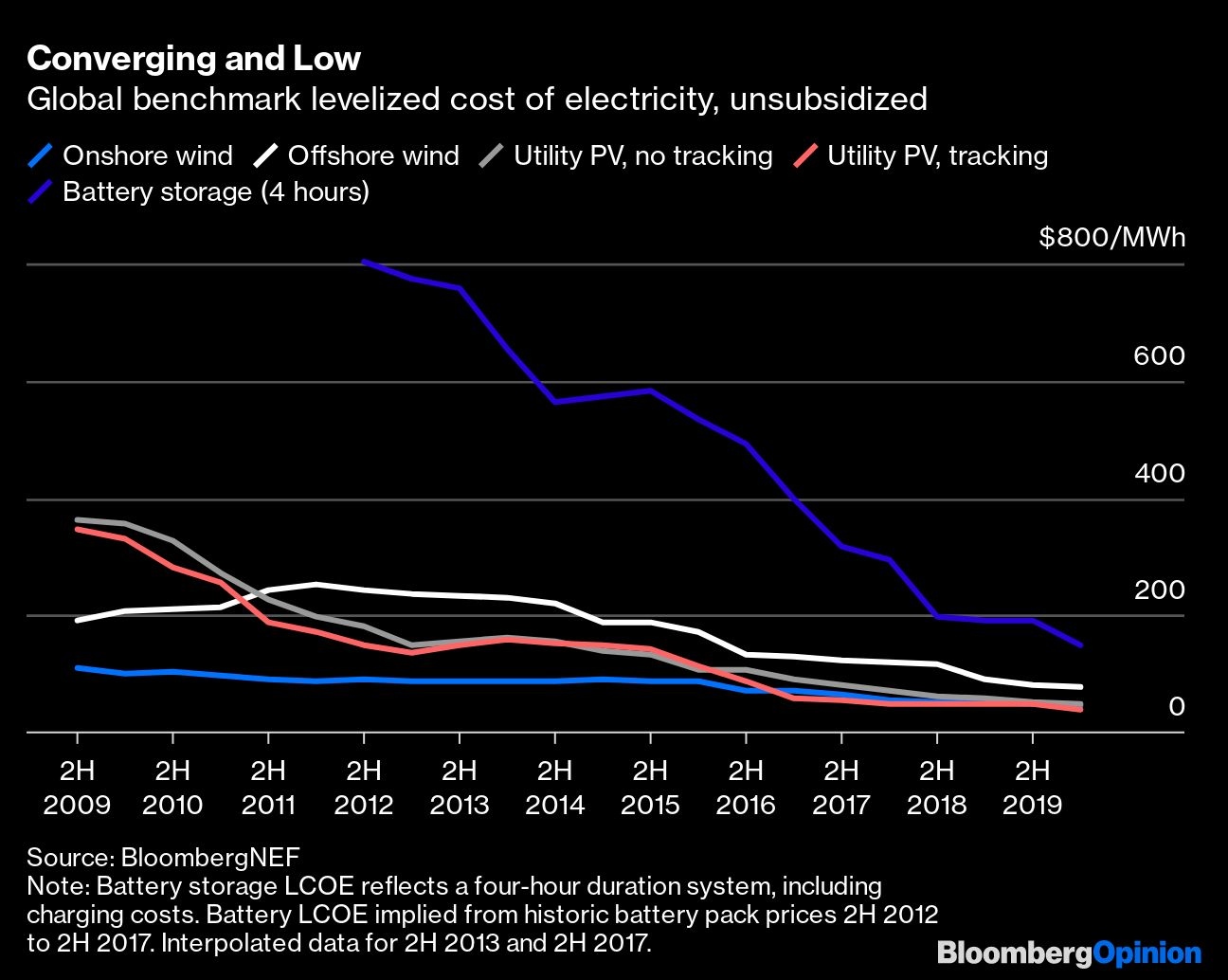 For years, oil companies enjoyed a very high return on equity, which they returned in part to shareholders through share appreciation and dividends. But today, oil company ROEs have fallen to the point that they are lower than what BloombergNEF expects from newly built renewable power generation assets. In our latest levelized cost of electricity (LCOE) analysis, the global benchmark return on equity for offshore wind is 11 per cent; for onshore wind, 9 per cent; for photovoltaic solar, 8 per cent.

Not all electric vehicles are cars 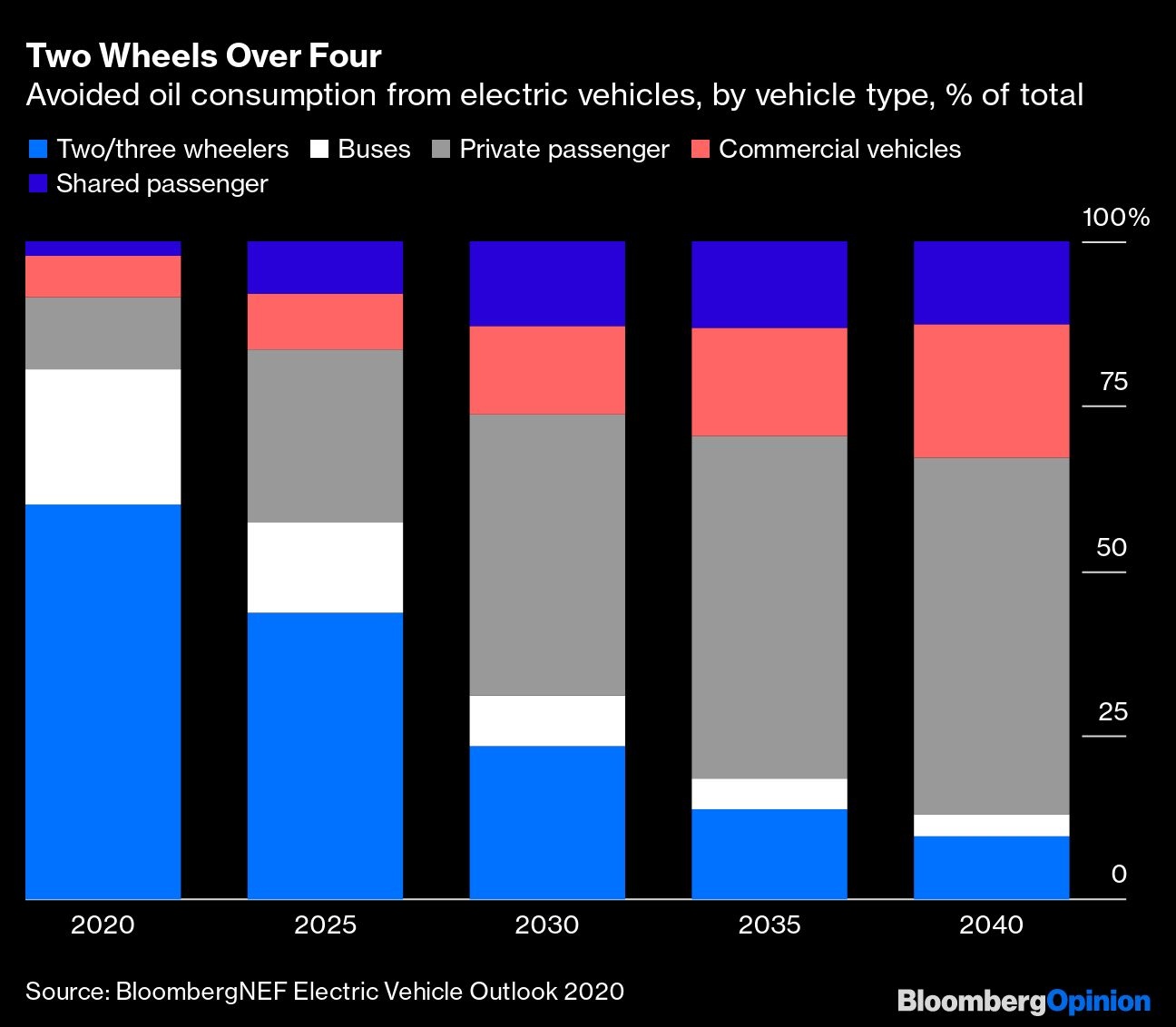 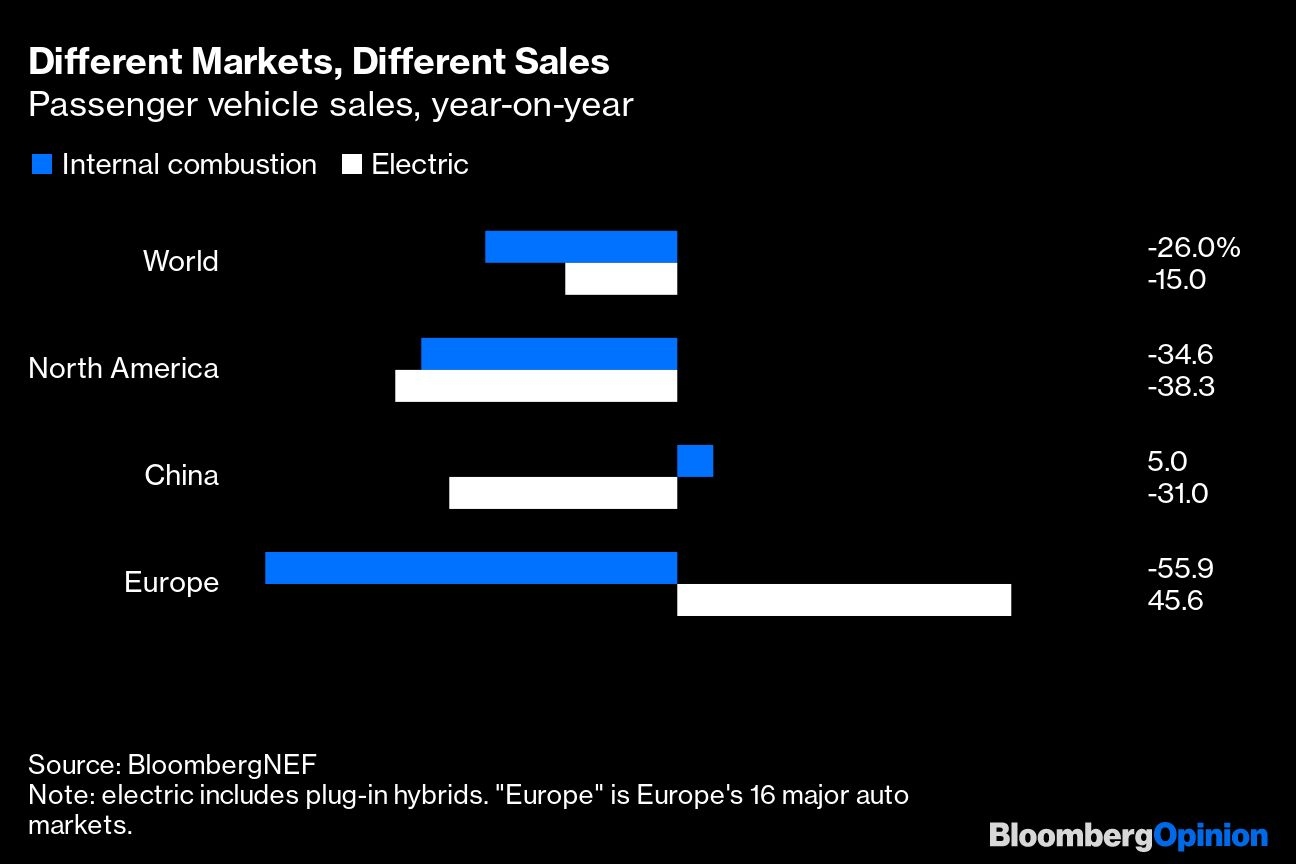 Global automobile sales plunged in the first two quarters of 2020 to levels not seen since the financial crisis. Electric vehicles, though, fell less. That’s thanks to Europe, which had the largest fall in internal combustion sales (down almost 56 per cent year on year) and a similarly humongous increase in EV sales (up more than 45 per cent). Expect the electric vehicle market to grow in 2020. 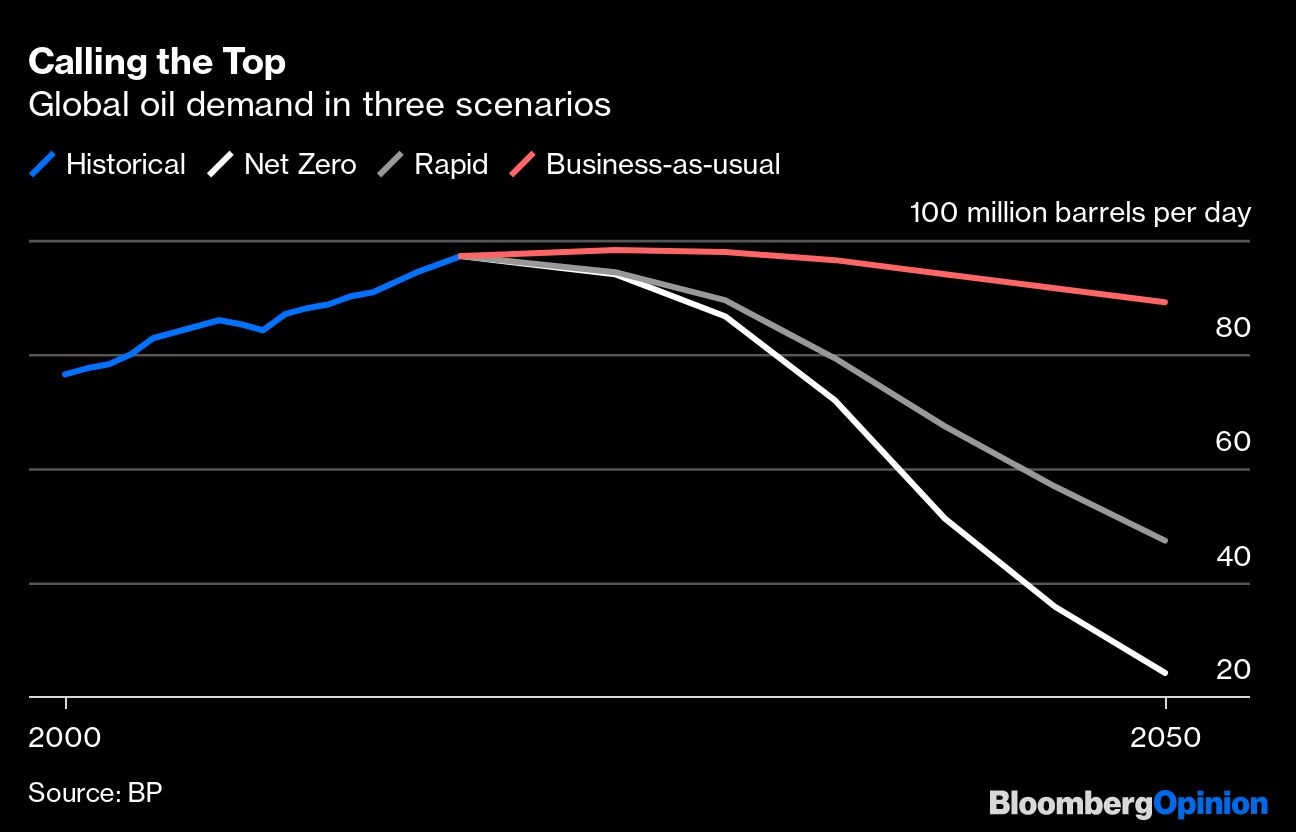 The big takeaway from BP Plc’s annual energy outlook: Oil demand will peak this decade. That’s not because of aggressive policies aimed at reaching net-zero global greenhouse gas emissions by 2050, nor as a result of carbon prices or other interventions aimed at limiting global temperature rise. BP says that even if energy policy keeps evolving at pretty much the pace it is today, oil demand will still start declining. 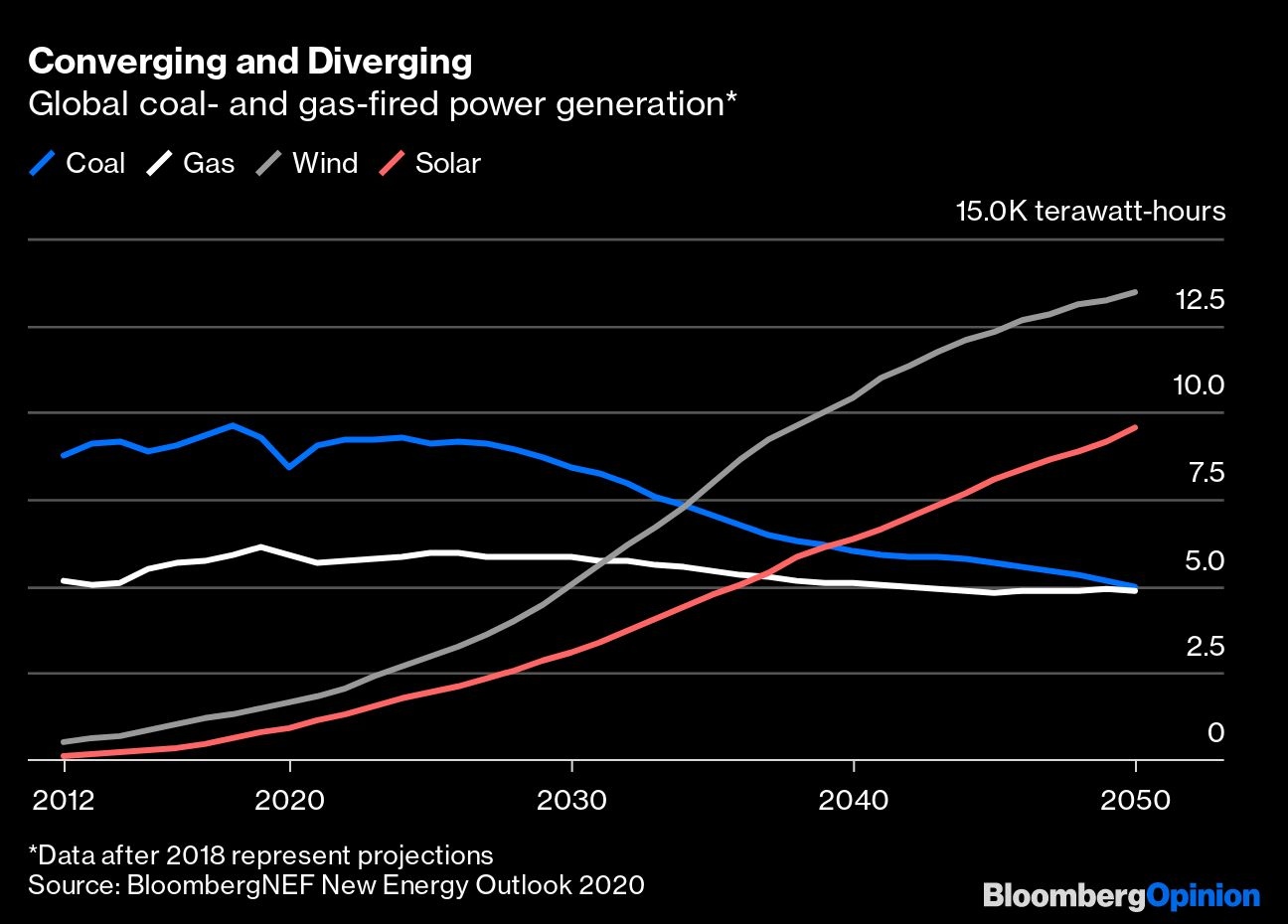 Carbon dioxide emissions from fuels burned for power, transportation, industry and building-related applications probably peaked in 2019. Power emissions from natural gas likely did too. Power sector emissions — the largest single component of fuel combustion emissions today — probably topped out earlier, in 2018. That’s also true of emissions from coal-fired power, still the single largest component of global power generation. Coal and gas will continue to shrink, each ending up at 11-12 per cent of total power generation by 2050. Solar, though, will be nearly double that, and wind even more. 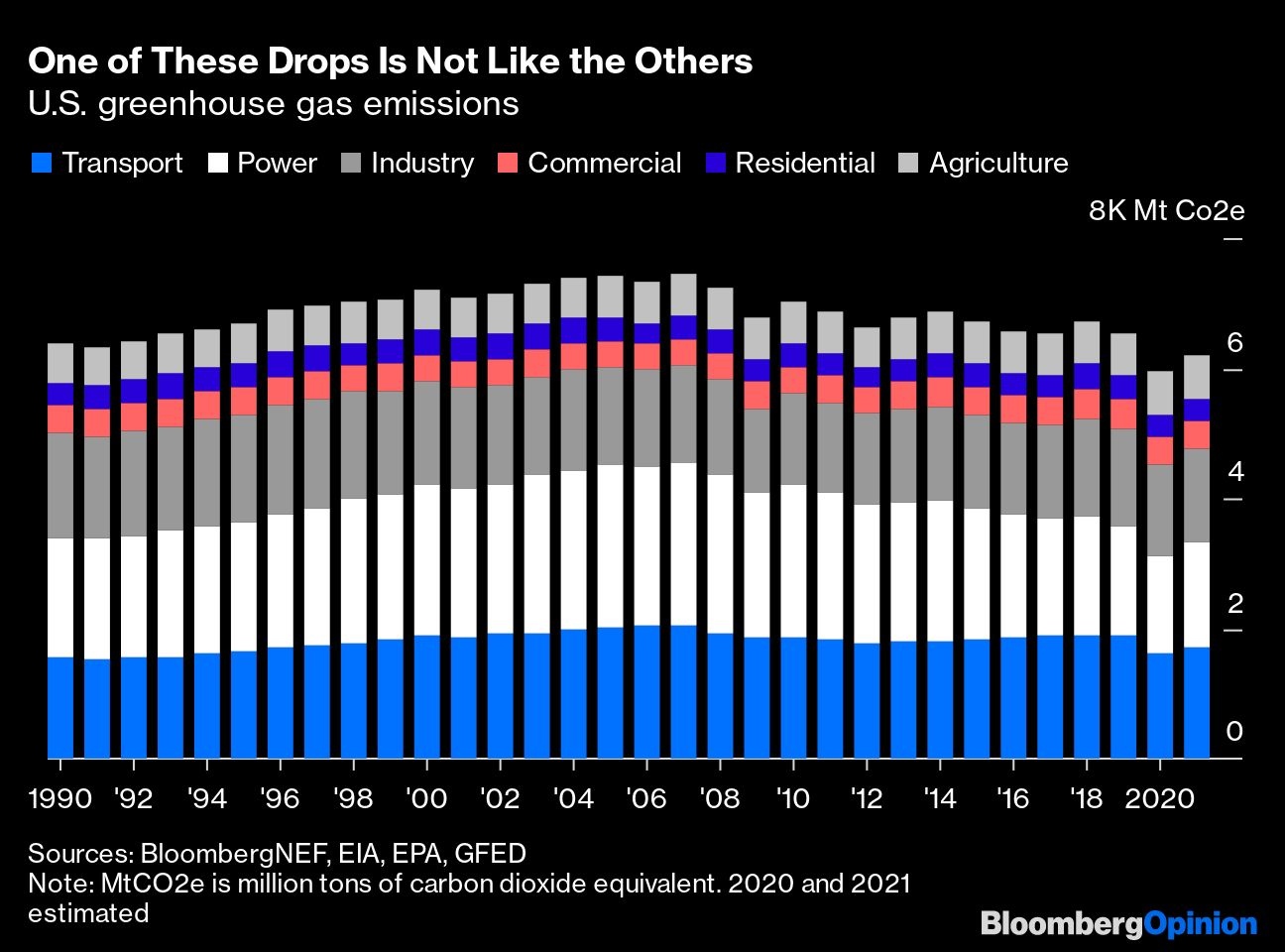 U.S. greenhouse gas emissions have been trending downwards for the past 12 years, thanks to a power sector transforming through more gas, less coal, more renewable generation and greater efficiency. The pandemic also had an impact: BloombergNEF finds that 2020’s emissions are on track to be 9.2 per cent lower than in 2019. That’s the biggest drop on record. U.S. greenhouse gas emissions haven’t been so low since 1983, when the U.S. economy wasn’t quite 40 per cent of its current size. Emissions are likely to rebound next year, but will still be lower than any year since 1990. 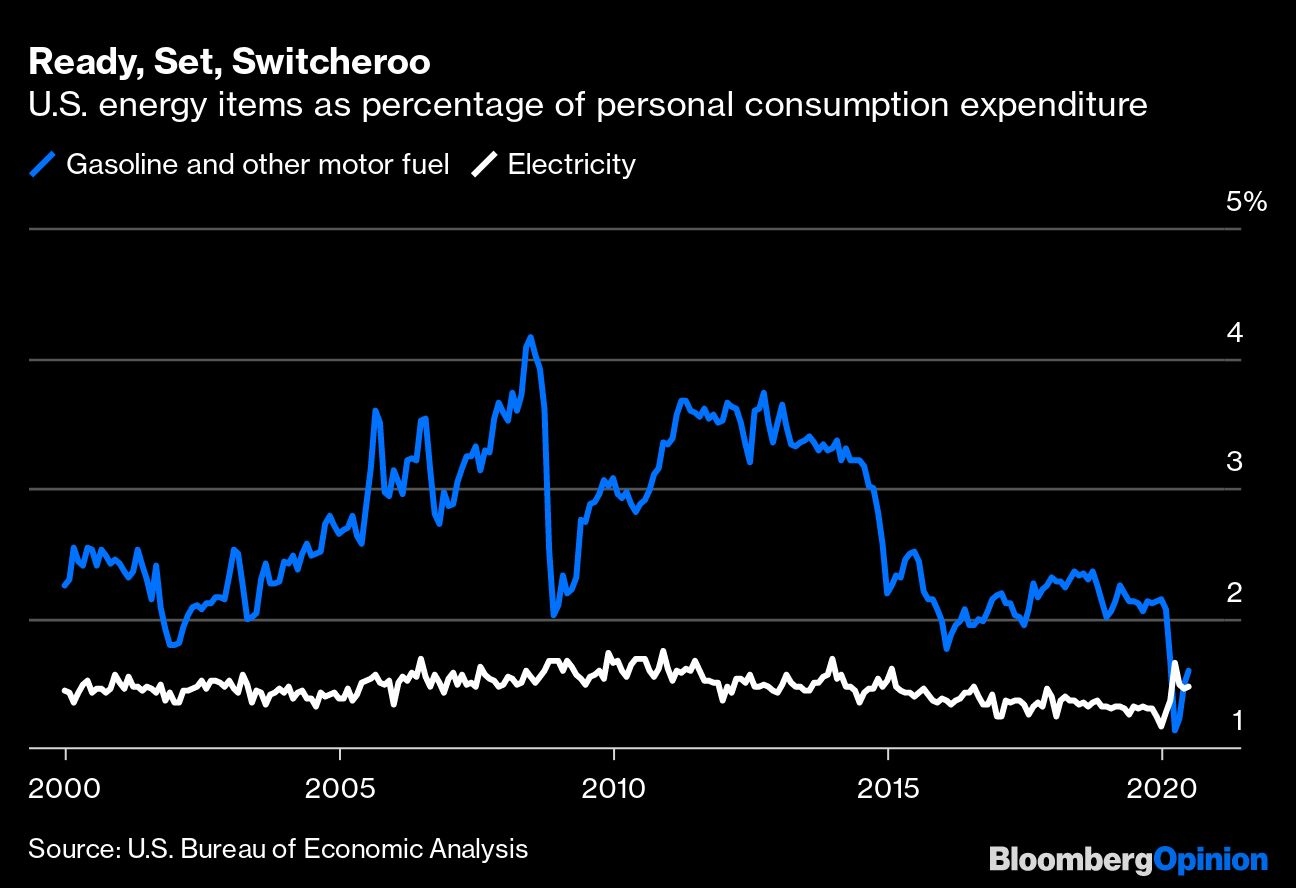 The COVID-19 pandemic has upended conventional wisdom in oil markets (prices will never go negative) and car sales (electric vehicle sales will fall off a cliff). At the end of the summer, it sideswiped another decades-old trend, at least in the U.S. For the first time since at least 1960, U.S. personal spending on electricity was higher than it was on gasoline. Will it happen again? It could, with more people working at home and a major shift to electric personal transport (and a transfer of spending from gas and diesel into electricity).

E-commerce need not be a climate disaster 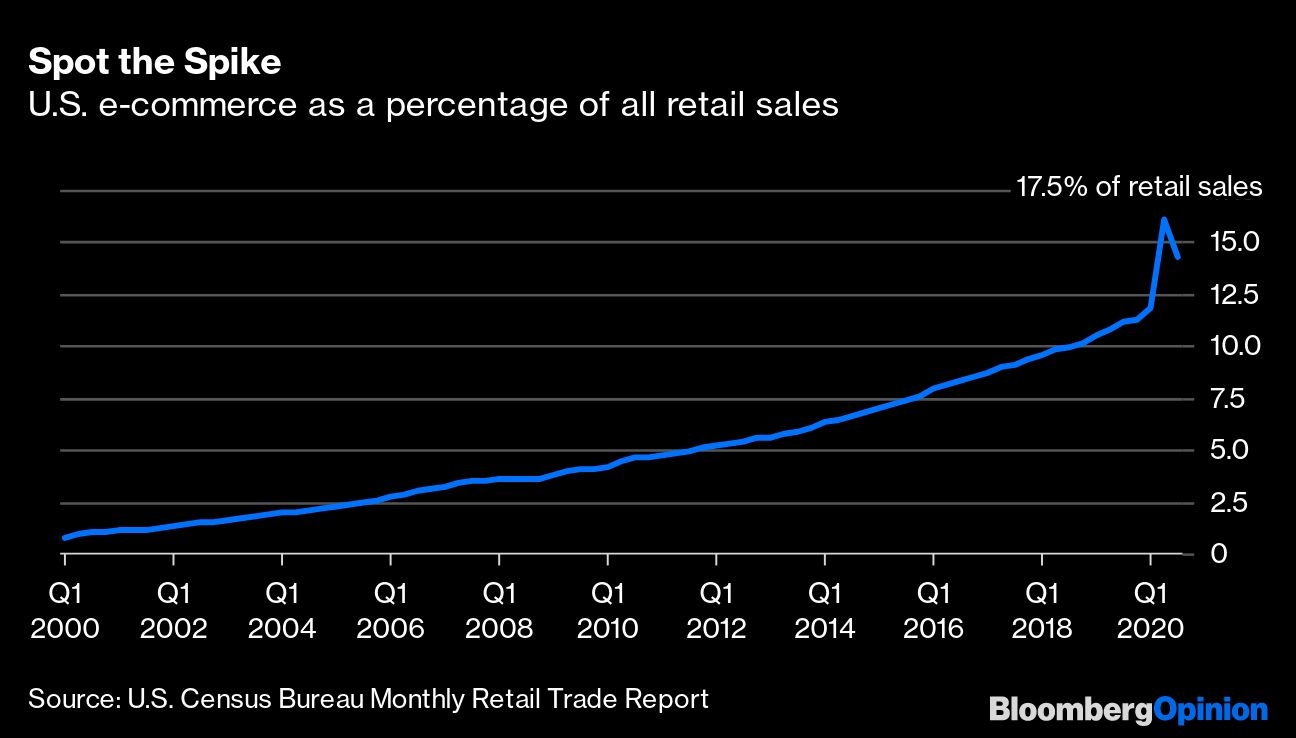 Since it first showed up more than two decades ago, e-commerce has slowly eaten its way into the global retail landscape a few fractions of a percentage point at a time. COVID-19 took this trend and lit a fire under it, sending U.S. e-commerce from 11.3 per cent of all U.S. retail at the end of 2019 up to 16.1 per cent at the end of the second quarter of 2020. It took more than seven years for e-commerce to expand from 5 per cent to 10 per cent of total retail sales; COVID-19 produced that same growth in six months. It needn’t be a climate disaster though, thanks to relentless efficiency efforts in data centers, planned electric delivery vehicles, net-zero greenhouse gas emissions commitments, and the sort of thinking (like avoiding left turns) that is always optimizing for lower consumption.

The first trillion is the hardest 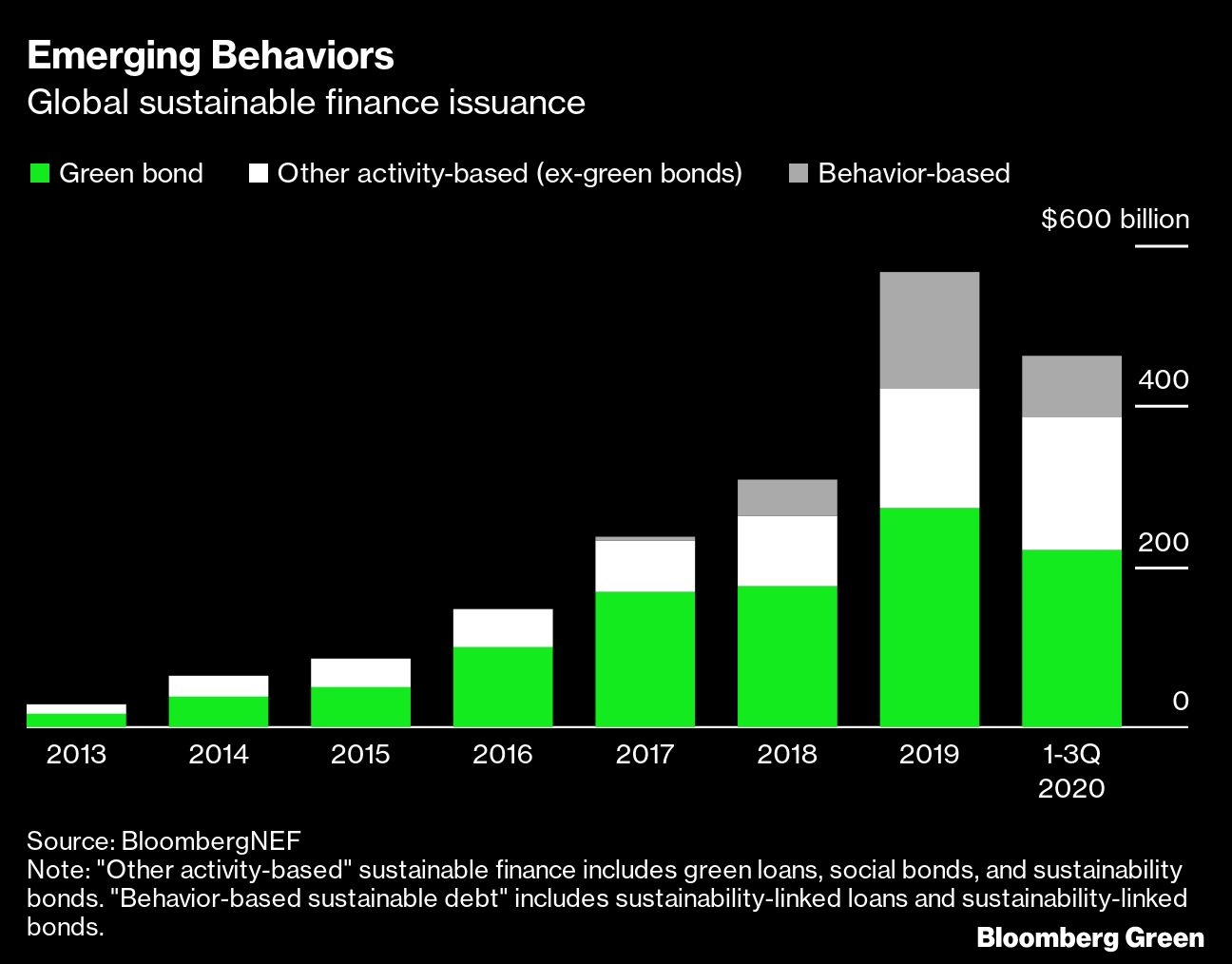