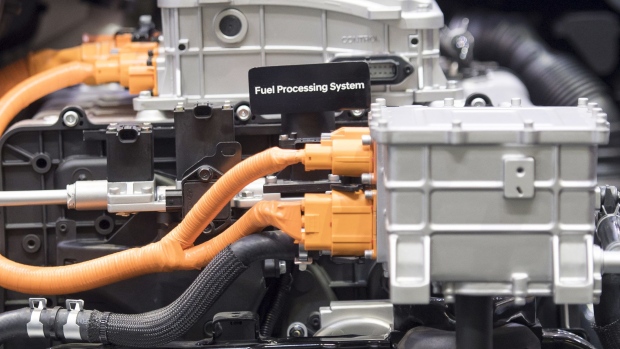 (Bloomberg) -- Billionaires and automobile giants are among those who have sought incentives to manufacture technology-agnostic battery cells under an Indian government-led effort to cut imports and make batteries at competitive prices.

Automaker Mahindra & Mahindra Ltd. and engineering conglomerate Larsen & Toubro are among the other companies that put in bids for the government’s Advanced Chemistry Cell Battery Storage scheme.

The manufacturing facility would have to be set up within a period of two years and the incentive will be disbursed thereafter over a period of five years on sale of batteries manufactured in India, the statement said.