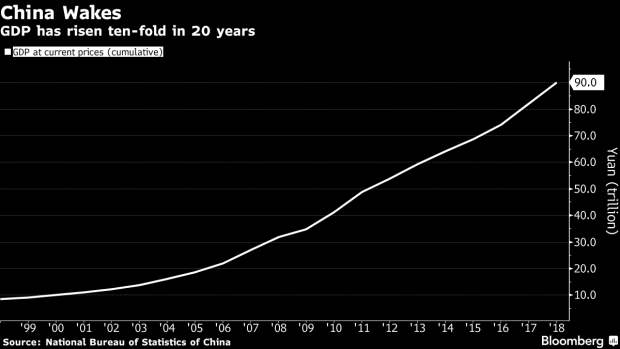 Pedestrians past food stores in Beijing, China, on Friday, Feb. 15, 2019. With a continued slowdown in industrial output and consumption, a further deceleration in China's economy will hurt demand for imported goods. Photographer: Qilai Shen/Bloomberg , Bloomberg

Here’s a few highlights that illustrate the enormity of the continent-sized economy and the transformation it’s undergoing.

To contact the reporter on this story: Malcolm Scott in Hong Kong at mscott23@bloomberg.net

To contact the editors responsible for this story: Malcolm Scott at mscott23@bloomberg.net, James Mayger