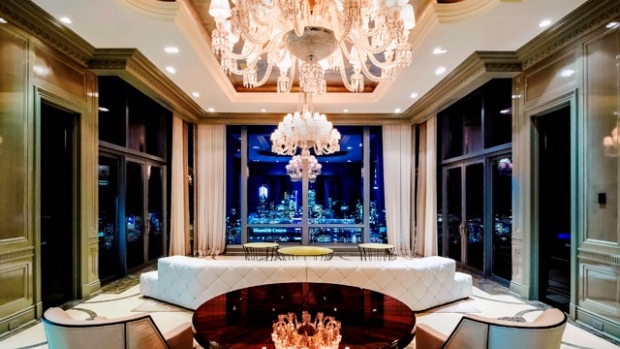 Before Sarah Pursglove and her husband, the Finnish entrepreneur Robert Oesterlund, became the subjects of one of the most high-profile divorces in recent history, they were considering a change of scenery. (Oesterlund’s efforts to make as much as US$400 million “disappear” were chronicled in the New York Times Magazine.) With homes in Finland, the U.S., and the Bahamas already, “we were looking at places in Canada and interested in something that would be similar to New York, and walkable,” Pursglove said.

They fell in love with Toronto, which had direct flights to their other homes, and “happened to be at the right place at the right time,” she said. The couple locked in a penthouse condominium on top of the 55-story Four Seasons Private Residences tower, which was still under construction. 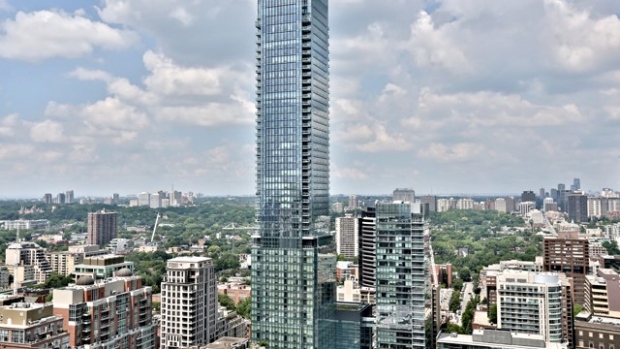 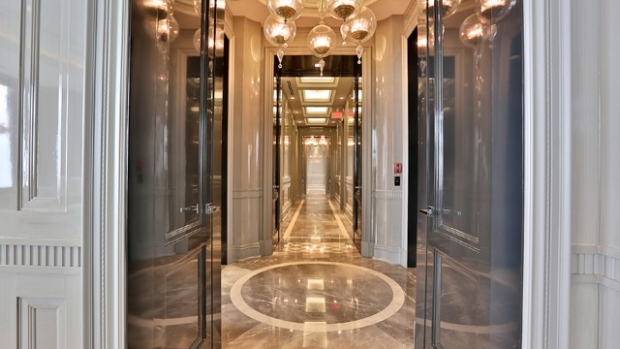 The penthouse took less than two years to complete; soon after, the couple, who have two daughters, began divorce negotiations. Now, Pursglove has placed the four-bedroom apartment on the market for $36 million (US$26.5 million). Although she can’t disclose the marital settlement, she did confirm that she’s now the sole owner of the penthouse. “It was going to be our main home eventually,” Pursglove said. “But it didn’t come to that.”

The home has more than 9,000 square feet of living space. Initial construction and renovation cost more than US$5 million, Pursglove estimates, but that doesn’t include the home automation system, which she said cost an additional US$1 million. During this time, though, Pursglove was able to design the layout to her family’s specifications. Inspired by a previous trip to Japan, she installed a sauna, which is connected to the master suite and overlooks downtown Toronto. “It’s an incredible view,” she said. “One side of it is all glass.” 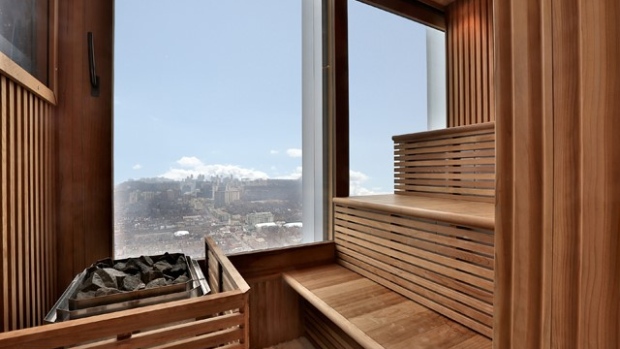 Pursglove also enlarged the kitchen. “The countertops are extremely large,” she said. “If I was cooking in the kitchen, I could have my children close by while they do their homework.” 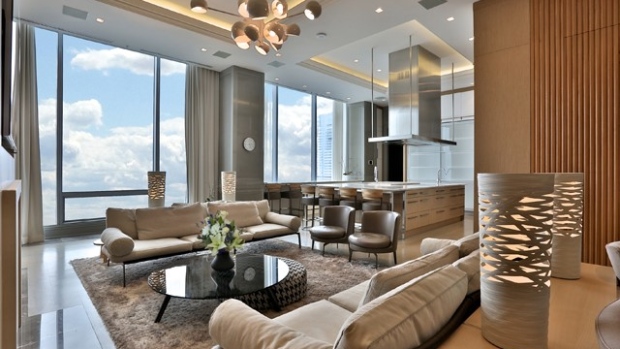 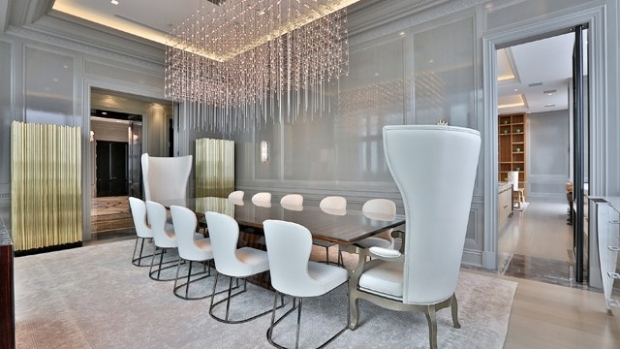 Should prospective buyers prefer some privacy, the home has four separate terraces on both ends of the space, which takes up the top floor of the building and features its own elevator (and service elevator) entrances. There’s also a large living room with a wet bar, a family room, a media room, a study, and a formal dining room. “It was really designed with family in mind,” Pursglove said. 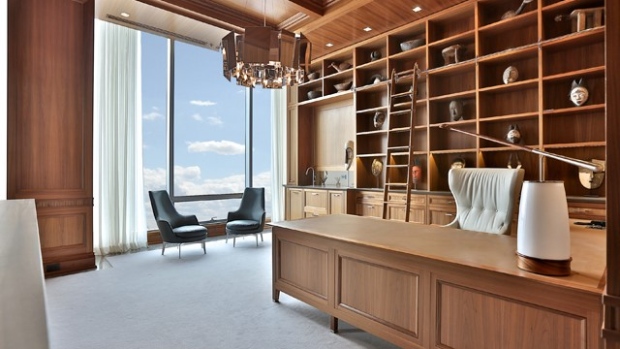 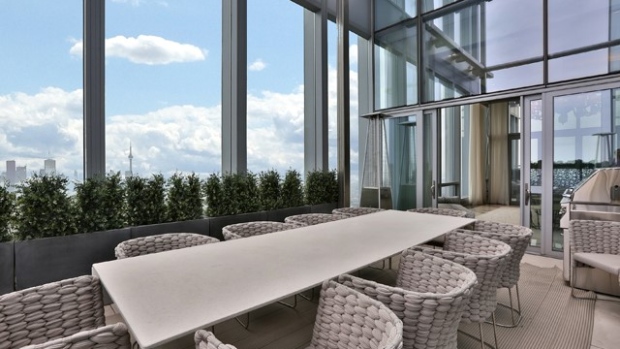 The main suite, which has its own sitting room and terrace, also includes his and hers walk-in closets, separate en suite his and hers bathrooms, and access to a rear set of (also privately accessible) elevators. 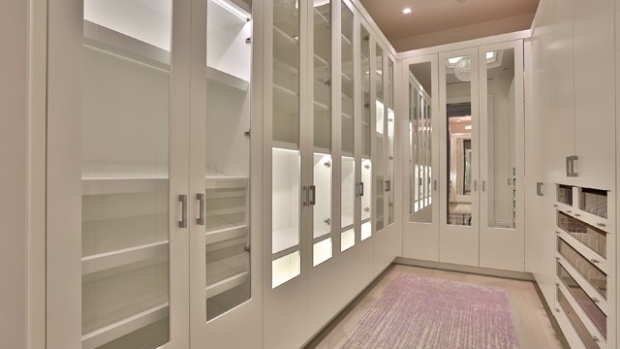 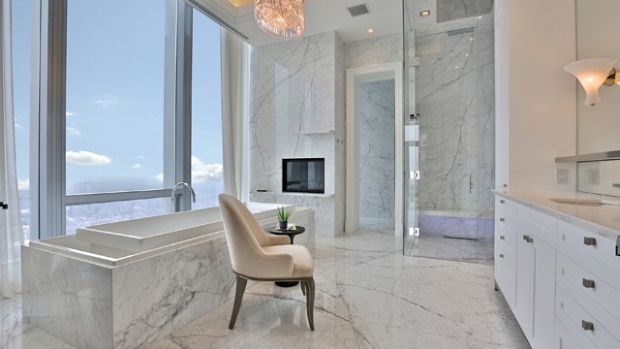 Pursglove decorated the apartment in an aesthetic she called a “modern meets traditional” style. “The initial floor plan was really nothing compared to what I designed — it wasn’t even close.”

Being on top of the Four Seasons, residents of the penthouse have access to a 24-hour concierge service. “It’s just like room service in a five-star hotel,” she said. “Anything you want is at the tip of your fingers.”

Pursglove has permanently relocated to Florida and is, in her words, “taking a little breather.” She’s also, she continued, “looking forward to my next property project, which will have input from my girls.” 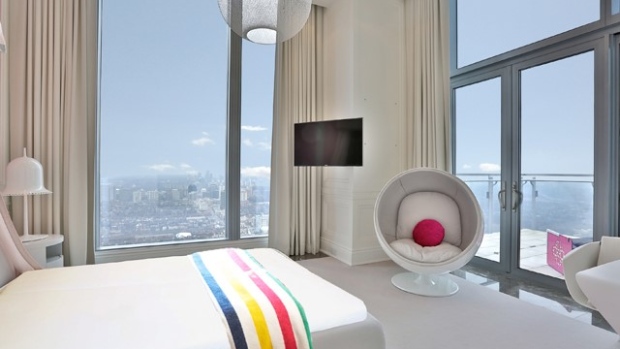 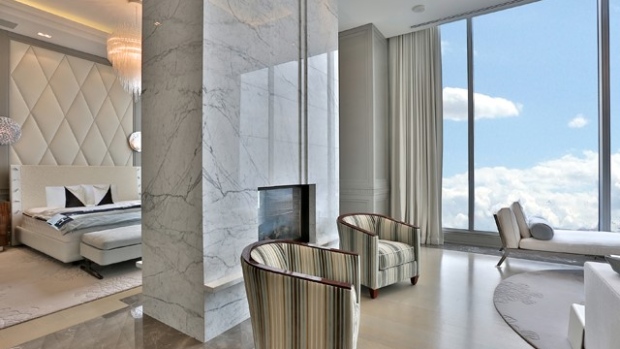