Fewer than half of Canadians would want to immediately get vaccinated once a COVID-19 treatment is available, according to polling data released Friday.

A study released Friday by the Angus Reid Institute (ARI) found just 39 per cent of Canadians say they’d immediately seek out a possible vaccine, while another 38 per cent said they would seek out the vaccine, but not right away.

The data marks a downturn nearly nationwide from a similar poll conducted by the institute in late July. Every province, save Saskatchewan, saw fewer respondents willing to immediately get vaccinated, led by a 13-per-cent dip in Alberta. 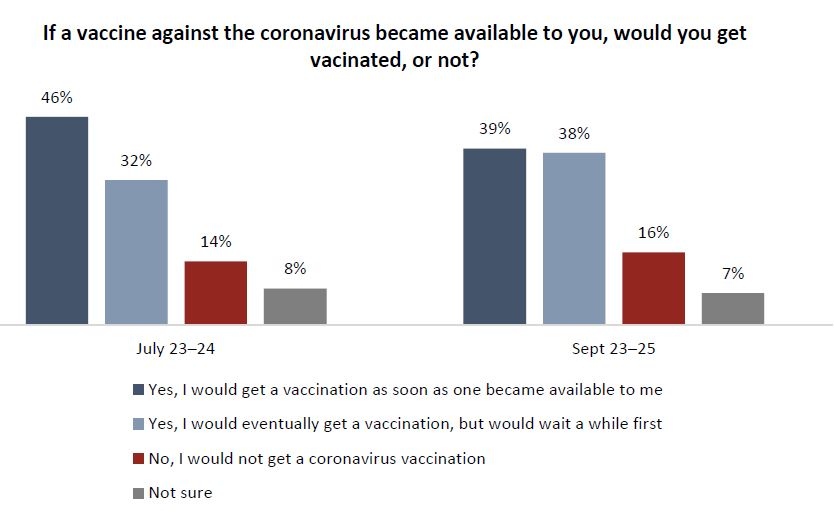 “A number of factors help explain why Canadians are voicing more hesitancy towards COVID-19 vaccination,” ARI said in its recap of the data.

“One of the most prevalent concerns among both later adopters and those unwilling to get the vaccine centres on potential side effects … This is precisely what large-scale controlled trials are designed to study and identify, before the vaccine goes out for mass distribution.”

The data was compiled via an online survey the institute ran from Sept. 23-25, 2020 among a sampling of 1,660 members of the Angus Reid Forum.