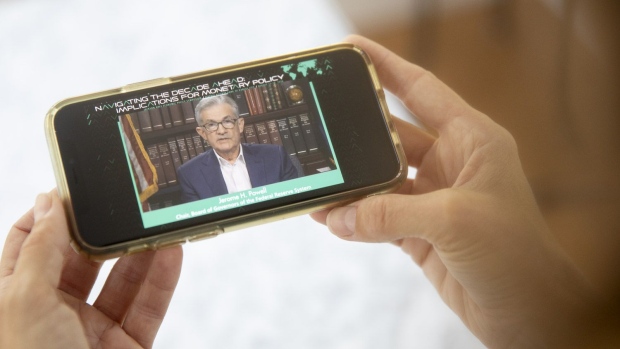 (Bloomberg Opinion) -- Federal Reserve Chair Jerome Powell, in remarks delivered on Thursday for the annual symposium traditionally held in Jackson Hole, Wyoming, outlined the revision to the central bank’s policy framework. But he did more than consolidate and extend a shift in monetary policy approach that has been gaining momentum in the past few years. He also set a new formal milestone in global central banking that is certain to fuel much debate that will not be resolved for some time.

Before the COVID-19 shock to the economy, the work on the new policy framework, led by Vice Chair Richard Clarida, benefited from a decidedly more open consultation process, including “a series of Fed Listens events around the country,” according to Powell. These were centered on the need to adapt monetary policy to “the new challenges that arise.” Specifically, the two-year review took into account the multiyear experience of lower potential growth, more depressed global interest rates, “the best [pre-Covid] labor market we had seen in some time” and muted inflation. The result — a self-described evolution (as opposed to revolution) to the dual objectives of the Fed — includes a more “broad-based and inclusive goal” for maximum employment and the flexible use of “average inflation targeting,” which enables monetary policy to “aim to achieve inflation moderately above 2 percent for some time” following periods when inflation has been below that level.

Here are my five key takeaways:

Mohamed A. El-Erian is a Bloomberg Opinion columnist. He is the chief economic adviser at Allianz SE, the parent company of Pimco, where he served as CEO and co-CIO. He is president-elect of Queens' College, Cambridge, senior adviser at Gramercy and professor of practice at Wharton. His books include "The Only Game in Town" and "When Markets Collide."