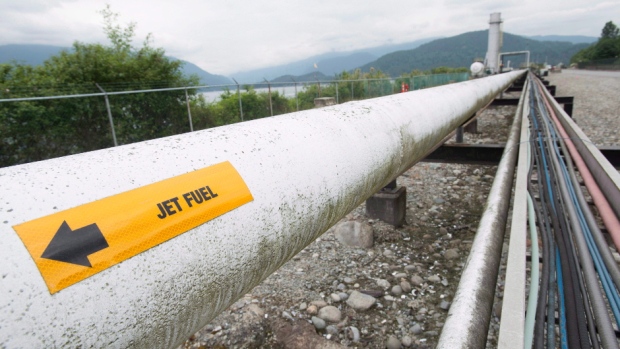 The vast majority of British Columbians say the province should back down on its opposition to Kinder Morgan Canada’s planned Trans Mountain Pipeline expansion project if the courts rule the province has the authority to block the pipeline, according to a new poll.

The Angus Reid Institute survey, released Wednesday, found 69 per cent of B.C. respondents said the province should cede on the issue if such a ruling on the controversial pipeline was delivered.

According to the poll, the greatest concern expressed by British Columbians about the pipeline expansion, which would essentially triple shipment capacity, is the risk of an oil tanker spill or accident. More than half of respondents (52 per cent) said that was top of mind, followed by blanket concerns about the environment and increasing use of fossil fuels along with a pipeline spill.

Concerns over the increase in tanker traffic through the Port of Vancouver and the potential for an environmentally-disastrous spill have been raised time and time again by B.C. Premier John Horgan, who has vowed to fight tooth and nail against the project. The pipeline has proven to be a flash point between B.C. and neighbouring Alberta, with the two provinces firing volley at one-another and threatening legal action to advance their respective positions.

The federal government’s handling of the ongoing spat over the pipeline could cost Prime Minister Justin Trudeau at the polls, according to the Angus Reid Institute study. Nationally, 46 per cent of respondents said Trudeau has done a poor job on the file, and Albertans and British Columbians have actually found consensus in their disappointment with his approach. Sixty per cent of respondents in British Columbia say the prime minister has done a poor job, with an even dimmer view from Alberta, where more than seven of every 10 respondents took that view.

The poll findings are from an online survey conducted on April 16 and April 17, 2018 among a random sample of 2,125 Canadians.