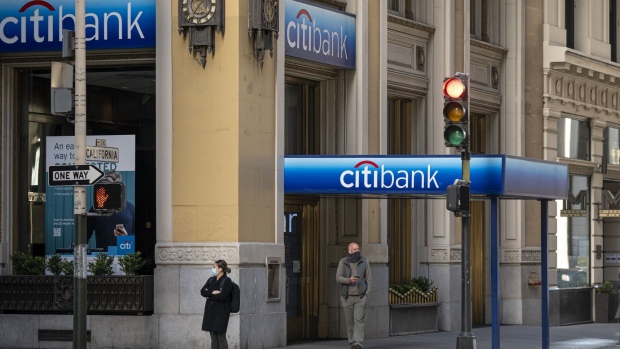 (Bloomberg) -- Monday’s historic conversion of almost $29 billion of mutual funds from Dimensional Fund Advisors into ETFs could signal boom times for the likes of Citigroup Inc.

As transfer agent, the Wall Street bank made sure investors holding the four mutual funds from the quant giant on Friday were able to see and trade their shares in the exchange-traded funds this week.

Now the bank expects the record conversion to be the first of many.

“We have clients and non-clients alike reaching out to us asking us about this,” Peggy Vena, Citigroup’s director of ETF product development for North America, said in an interview. “I think we’re going to see more and more of this.”

In the coming decade, more than $1 trillion worth of mutual fund assets could be converted into ETFs, according to an analysis by Bloomberg Intelligence. The first switch took place in March, opening the door for a host of mutual funds that have spent years watching assets shift to generally cheaper, easier-to-trade ETFs.

While it sounds like a vast amount, it would only equate to about 10% of the mutual fund world, BI ETF analyst Eric Balchunas wrote in a report.

Dimensional instantly became one of the biggest players in the $6.5 trillion U.S. ETF arena this week with its switch. The Austin, Texas-based firm with $637 billion under management has already filed for at least two more conversions.

Switching is complex and likely wouldn’t suit all mutual funds -- the U.S. pension system is geared heavily toward the more established product, for example. But there is a strong appeal for money managers, not least the relative tax advantages of ETFs.

When a mutual fund is hit with redemptions, the portfolio’s manager must sell securities to raise cash -- a taxable event. However, exiting ETF holders can simply sell their shares to another investor, meaning that neither the fund nor its manager has completed a taxable transaction.

Meanwhile, the mechanism for creating and redeeming shares in an ETF involves a market maker who swaps shares for the fund’s assets and vice versa, an “in-kind” trade that also isn’t taxable.

Citigroup worked with Dimensional for months to ensure the switch was smooth. Vena said her team spent last weekend performing final tests on how they would actually convert portions of the mutual funds into pieces of the planned ETFs. On Monday, they had a call that started at 5 a.m. to make sure shares of the ETFs were being delivered to clients’ brokerage accounts.

The bank has now set its sights on building out its securities-services business, which houses the ETF platform used in this week’s conversion. The firm in February separated the unit from its trading business and elevated the division’s head. Okan Pekin, to report directly to Paco Ybarra, head of Citigroup’s institutional-clients group.

“Having this experience with such a large-scale conversion has given us a lot of insight,” Vena said.