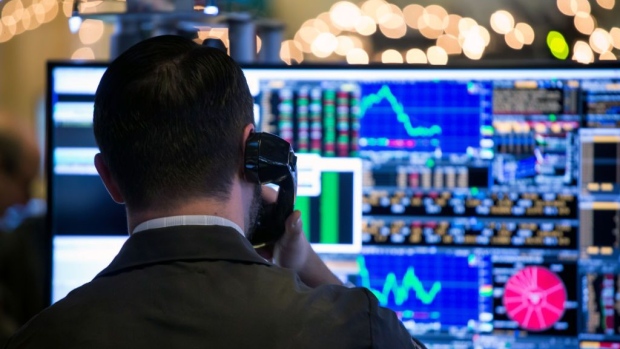 By one measure, the decade-long bull market in bonds is over.

The US$15 billion iShares 20+ Year Treasury Bond ETF (TLT), a widely watched exchange-traded fund for longer-term government bonds, fell for a second day Friday, losing as much as 2.3 per cent. That extended its decline from an August peak to 20 per cent, meeting a common definition of a bear market.

The Treasury rout accelerated in recent weeks as vaccines and government stimulus boosted bets on an economic recovery and inflation, with yields climbing to pre-pandemic levels. Rates on 10-year Treasury notes are at 1.63 per cent, poised for the highest since February last year. Long-duration bonds have been hardest hit, with 30-year Treasuries suffering their fourth-worst start of a year during the past century, data from Bank of America show.

“We believe 2020 marked the secular low point for inflation and interest rates,” BofA strategists led by Michael Hartnett wrote in a note to clients. “The 40-year bull market in bonds is over.” 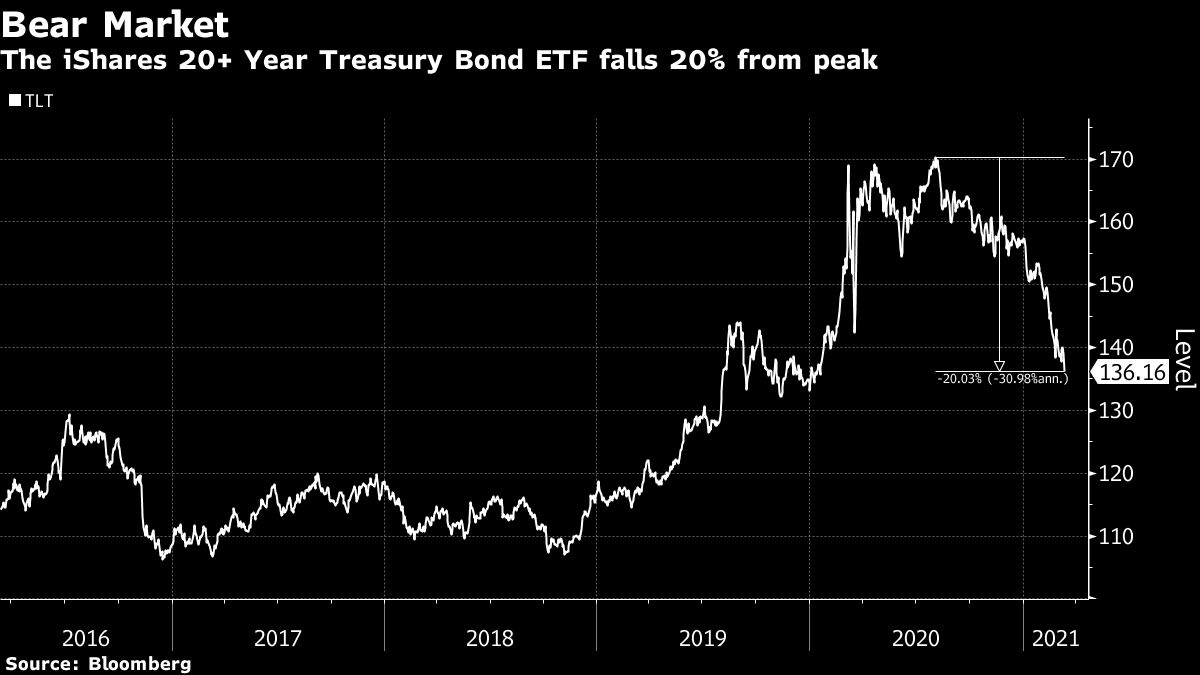 Investors are taking note. They pulled US$15.4 billion out of bond funds in the week through March 10, the biggest withdrawal in a year, according to BofA and EPFR Global data.

Given rates are still low on a historic basis, more losses may be in store for bond investors, according to Michael Reynolds, investment strategy officer at Glenmede.

“We’re very cautious of the downside risk to the fixed-income part of our clients’ portfolios,” he said. “And that’s particularly why we are underweight core fixed-income at this time.”