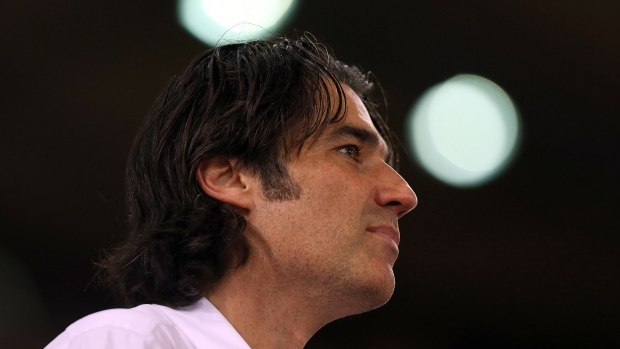 (Bloomberg) -- Greg Coffey, one of the hedge-fund industry’s most famous macro traders, is starting a long-only business and tapped JPMorgan Asset Management’s Diana Amoa to lead it.

Amoa, who spent six years at JPMorgan focused on currency and rates trading, will join Coffey’s Kirkoswald Capital Partners as the chief investment officer of long-biased strategies, according to an investor update seen by Bloomberg. Her first fund will focus on emerging markets, her long-time specialty.

A spokesman for the New York-based money manager declined to comment.

Kirkoswald, which started trading in 2018, is looking to expand its roughly $3.5 billion in assets and product offerings. The firm is also in talks with potential investors to raise funds for a strategy that allows clients daily access to their money and complies with the European Union’s UCITS Directive, Bloomberg has reported.

In addition to Amoa, Kirkoswald hired Neha Coulon from JPMorgan to oversee the hedge fund’s environmental, social and governance goals, the memo said. The firm also hired Joseph Mauro from Light Sky Macro as president to oversee the firm’s expansion, while Coffey continues to focus on his hedge fund. Coffey will not have any role in the management of the long-only business.

Coffey’s fund was up 5% in June, boosting gains for the first half of the year to 7%. That performance is in line with macro hedge fund returns tracked by a Bloomberg index.

Macro hedge funds, which bet on economic trends, are seeing increasing interest as volatile markets and fears about rising inflation create conditions where they typically thrive. Investors, who were still pulling money as recently as last year, poured $5.6 billion into funds following macro strategies in the first five months of the year, according to data compiled by eVestment.