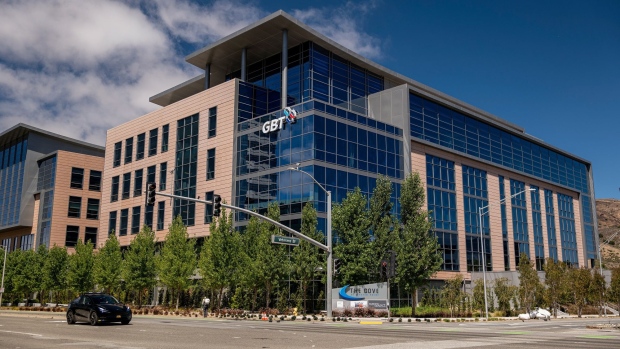 (Bloomberg) -- It’s been more than seventy years since a renowned scientist first described the cause of a painful, sometimes lethal disorder that in the US afflicts mainly Black people. Finally big drugmakers are taking notice, culminating with Pfizer Inc.’s $5.4 billion acquisition of one of the more promising drugs to treat sickle cell disease.

The drug giant’s purchase of Global Blood Therapeutics Inc. is the latest lap in a race to take on the inherited disorder in which a genetic mutation causes red blood cells to contort into crescents instead of full moons, preventing them from functioning properly. Global Blood makes Oxbryta, one of the few drugs approved to treat the disease, and is developing others.

In about a decade, sickle cell has gone from an overlooked affliction to one with so many drugs in development it’s hard to keep track. Just a few years ago, the only drug was hydroxyurea, a cancer therapy that also prevents blood cells from deforming. Today, roughly 30 drugs are in human trials with the same number in the early phases of research, according to a Bloomberg analysis of SpringerNature data. Some of the emerging treatments use cutting-edge science like Crispr, a tool for editing genes.

The late bloom of therapies is in part due to scientists gaining a better understanding of the disease and new technologies to tackle it, said Seng Cheng, chief scientific officer of rare diseases at Pfizer. Before its purchase of Global Blood, Pfizer was pursuing its own drugs for sickle cell but one failed and the other wasn't any better than Global Blood's Oxbryta.

“A lot of companies said, ‘Huh, there’s a whole open field here where nothing works; we should find something that works,’” said Julie Kanter, director of the adult sickle cell clinic at the University of Alabama at Birmingham.

But the fact remains that historical investment in sickle cell disease has been comparatively low. Between 2008 and 2018, the US government spent less than one-third as much money on sickle cell as it did on cystic fibrosis, a rare disease that most often afflicts White people, according to a 2020 study published in JAMA Network Open, and cystic fibrosis advocacy groups spent 75 times as much as sickle cell groups over the same period. Cystic fibrosis affects about 100,000 in developed countries compared to about 150,000 sickle cell patients in the US and Europe, said Cantor Fitzgerald analyst Li Watsek, and there are millions more people with sickle cell in  sub-Saharan Africa, India, the Middle East and the Mediterranean.

Treatment options remain scant for the blood disorder. A limited number of patients are eligible to receive a transplant of a sibling’s healthy bone marrow, where blood cells are made, that can cure them. Some patients undergo regular transfusions to minimize the proportion of sickled cells.

There are only four sickle cell drugs cleared in the US, including hydroxyurea and Global Blood’s Oxbyrta, which stops blood cells from changing shape.  Novartis AG’s Adakveo  and Emmaus Life Sciences Inc.’s Endari are used to treat painful episodes called crises that arise when misshapen blood cells clog vessels, robbing them of oxygen and damaging tissues. Tosin Ola, a nurse from San Marcos, California with sickle cell disease, describes the pain of a crisis like the feeling of 1,000 hammers smashing her bones or of the burning sensation of a hot curling iron inside her body.

None of the drugs help all patients nor do they fully resolve the disease’s symptoms. The gap has elevated sickle cell into a prime opportunity for drugmakers. Debilitating diseases lacking good therapies are often the most attractive places to focus: Patients are often willing to enter trials, regulators are likely to be flexible and payers are apt to reimburse for expensive drugs.

Global Blood is developing another pill expected to be more potent than Oxbryta as well as an infusion to prevent sickled cells from blocking blood flow. Agios Pharmaceuticals Inc. and Forma Therapeutics Holdings Inc. are studying pills to help energize red blood cells and allow hemoglobin to suck up more oxygen, preventing cells from contorting into the sickle shape.

Linus Pauling, the famed researcher awarded the 1954 Nobel Prize in chemistry for his work on chemical bonds, helped explain the basic science of sickle cell disease in 1949. In a paper entitled “Sickle Cell Anemia, a Molecular Disease,” Pauling and his colleagues showed how a small change in the structure of hemoglobin, now known to be genetically linked, allows red blood cells to collapse when they aren’t freighted with oxygen, which they normally deliver to cells. Those sickle-shaped cells — named for their resemblance to the sharp, grass-cutting tool — clog blood vessels, giving rise to the crises that cause tremendous pain and harm.

It wasn’t until 2019 — 70 years after Pauling’s paper — that drugs designed specifically for the disease were first approved. Meanwhile, Vertex Pharmaceuticals Inc. introduced the first targeted treatment for cystic fibrosis in 2012 and has since developed even better combination therapies, most recently Trikafta in 2019. Cystic fibrosis mainly affects White people, as does hemophilia, which saw a breakthrough in the early 1990s and a subsequent influx of new treatments such as Roche Holding AG’s Hemlibra in the years since.

Scientists have learned more about the underpinnings of sickle cell disease and the elements involved in it, such as the oxygen-carrying protein hemoglobin and red blood cells generally, giving drug companies new targets to try to hit, said Pfizer’s Seng. But patients are also demanding better treatments.

After a particularly painful crisis in 2005, Ola started blogging about her experience with the disease and in 2007 started the website Sickle Cell Warriors. Today, the associated Facebook page has about 25,000 followers around the world. Ola, who also writes a blog about the disease, and other advocates have met with regulators and other federal officials over the past decade to shape research. They’ve helped enroll people in trials, disproving the notion that drug companies couldn’t find enough patients to complete studies in sickle cell. Ola watched in amazement as the number of drugs in the pipeline began mounting to their current level.

“It was almost this little domino effect in a way then it grew into this avalanche,” Ola said.

The disease will need a variety of therapies. People living with sickle cell are so different — from genetic variations of sickle cell itself, to other environmental factors that contribute to the severity of their disease — there’s never going to be a “one hit wonder,” Kanter said. Drugs may eventually be combined to produce better results as Vertex has done with Trikafta.

The eventual hope is for one-time, curative treatments for sickle cell disease, such as the gene-editing approaches under study by Vertex and partner Crispr Therapeutics AG, which could be submitted for US approval this year. Bluebird Bio Inc. anticipates applying early next year for approval of a therapy that gives a person a working copy of the faulty gene that causes sickle cell. Even more gene-editing treatments are being developed, including from companies Graphite Bio Inc., Sangamo Therapeutics Inc., Editas Medicine Inc., Intellia Therapeutics Inc. and partner Novartis.

While a one-time treatment sounds simple, the process as it stands now is intense. Blood is drawn to collect the blood cells so they can be altered outside the body. Then people undergo a harsh chemotherapy regimen to wipe out the remaining cells, a procedure that poses risks such as infertility. Finally, the modified cells are infused back into the patients.

“People want to think of it as a one-time deal, but that’s not what it is,” Kanter said.

Doctors and analysts are skeptical people will clamor for a treatment with so many drawbacks, even if they can access what’s likely to be an expensive procedure. Gene therapies typically carry multi-million price tags that can put them out of reach. About two-thirds of people with sickle cell disease in the US get health-care coverage through the Medicare and Medicaid programs, according to a presentation from Global Blood. The plans tend to pay less than private insurers and are more reluctant to pay for pricey novel therapies. Plus, the procedures are so complex they’ll likely never reach the places with the most patients.

“From the scientific point of view, I think the approach has a lot of potential,” said Cantor Fitzgerald’s Watsek. “I’m just not convinced in terms of the commercial potential.”

For patients like Ola, there aren’t many alternatives. At 41, she’s nearing the median age people with sickle cell in the US are expected to live to: 43, according to a study from the Centers for Disease Control and Prevention. She already had to retire from her job as a registered nurse in a hospital because the strenuous work triggered pain crises. And she has 7-year-old twin boys to care for.

Her message to drugmakers is simple. “Hurry up guys, we’re waiting,” she said.