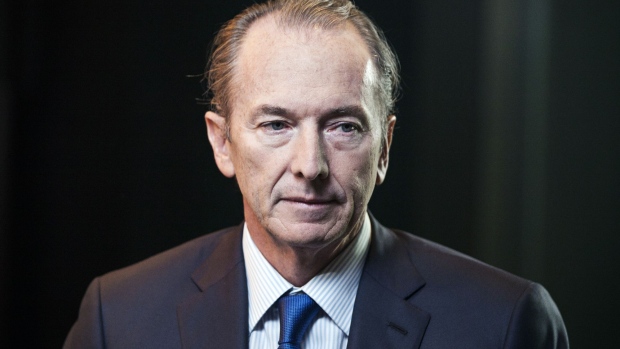 (Bloomberg) -- The implosion of Archegos is giving thousands of secretive family offices the greatest challenge to their privacy in a decade. They won’t give it up without a fight.

Some lawmakers, regulators and consumer advocates are pushing to expose the inner workings of family offices, which are closely held and lightly regulated yet manage an estimated $6 trillion for the ultra-rich globally.

The changes the reform advocates seek would require U.S. family offices to register as investment advisers and publicly report holdings on a quarterly basis, as most other types of investment firms must.

Such data could alert regulators, investors and other Wall Street players to hidden risks, yet it could also reveal proprietary information to rivals.

Those advocating greater regulation are optimistic that new Securities and Exchange Commission Chair Gary Gensler, who has a tough-on-Wall-Street reputation, will see things their way. “The rationale for the exemption of family offices is clearly indefensible now, and we think the SEC will change this quickly,” said Dennis Kelleher, CEO of advocacy group Better Markets.

The SEC already is in the midst of a separate review to potentially increase what all investment firms, including family offices, must disclose about their holdings, Bloomberg has reported. The new disclosures could include firms’ derivatives positions and which stocks they are shorting.

Family office representatives are pushing back. They say they’re preparing for their biggest lobbying effort since they successfully avoided inclusion in tough new regulations following the 2008 financial crisis. Their strategy: Insist that Archegos’s family-office setup was irrelevant to its implosion.

“What Archegos did and the fact they got themselves in trouble had nothing to do with the family-office structure,” said Brian Reardon, a lobbyist for the Private Investor Coalition, which advocates for family offices in Washington.

The late March meltdown of Archegos Capital Management LP, helmed by former hedge-fund manager Bill Hwang, touched off the lobbying skirmish. After being barred from the hedge fund industry for insider trading, Hwang started a family office in 2013 and eventually parlayed $200 million into about $20 billion in assets, using a highly leveraged portfolio concentrated in a handful of stocks.

The subsequent blowup revealed that neither regulators nor brokers had any idea how large Archegos’s positions had become.

“The losses are bad,” said Andrew Park, senior policy analyst for Americans for Financial Reform. “But the biggest stunner is these losses all came from a firm that nobody was aware of until a few weeks ago.” His group has called on the SEC to examine whether the family office registration exemption is creating “regulatory blindspots.”

The large-bank brokerages that had to unwind the Archegos positions, including Morgan Stanley, Nomura Holdings Inc. and Credit Suisse Group AG, lost billions of dollars, leading some bank executives to also call for increased scrutiny.

“Frankly, the transparency and lack of disclosure relating to those institutions is just different from the hedge fund institutions. And that’s something I’m sure the SEC is going to be looking at,” said Morgan Stanley Chief Executive Officer James Gorman in an April 16 earnings call. “Better information is always good in rooting out where potential problems can be.”

Reardon of the Private Investor Coalition said his group plans to speak with the SEC, the Commodity Futures Trading Commission and lawmakers to argue why some of the disclosures advocates have called for aren’t needed.

Angelo Robles, founder of the Family Office Association, is also preparing for action. He said he plans to contact law firms and U.S. senators if regulators take an aggressive stance on family offices. “The fallout will likely be more regulation on swaps,” said Robles, whose Greenwich, Connecticut-based group has more than 200 members worldwide, referring to the type of derivative Archegos often used.

The banks have said they can absorb the losses, but the shock that a little-known family office could have such an effect is serving as a rallying cry for Wall Street reform advocates.

Kelleher of Better Markets said he’s already pressed his case with SEC staff, in part arguing that more public disclosure of family office sizes and positions could help prevent them from becoming a risk to the financial system.

Family offices serving a single family and with no outside clients generally don’t need to register with the SEC as investment advisers. The rationale for the exemption is that they only serve one wealthy client who doesn’t need the protections afforded to investors in other funds.

In addition, offices with less than $100 million in assets or that manage funds only for one person can avoid regularly disclosing their holdings to the SEC.

Offices that serve more family members must file their holdings with the SEC, but can ask for, and often receive, an exemption allowing them to keep the filing confidential.

Even those reports, like those of hedge funds and mutual funds, usually only include direct ownership of stocks and not derivatives positions, like the total return swaps that led to Archegos’s downfall.

Large banks brokered the stock swaps for Archegos for a fee. Such swaps allowed the firm to spend relatively small amounts -- it essentially used borrowed money to build a huge portfolio -- while keeping its ownership of individual stocks hidden.

If the SEC moves to require all investment firms, including family offices, to disclose derivatives and short positions, that wouldn’t necessarily dent the privacy of family offices if they’re still able to file holdings confidentially with the SEC.

The lack of disclosure has allowed some family offices to adopt similarly complex strategies without drawing scrutiny. Complying with fewer regulations, meantime, has helped lead a number of hedge fund managers to convert their firms into family offices.

A 2019 estimate by researcher Campden Wealth valued family office assets at almost $6 trillion globally, larger than the entire hedge fund industry. Because most families tightly guard the extent of their wealth and very few public records are available to track their assets, the exact figure could be higher or lower.

It’s rare for family offices to take on as much risk as Archegos. But hedge funds that convert to family offices are more likely to keep their trading strategies, which often employ leveraged bets that can have a broader market effect.

Some family offices lately have also launched so-called blank-check firms -- shell companies whose purpose is to raise money from investors and eventually to acquire other companies.

Part of the Private Investor Coalition’s plan is to tell regulators that they already have the tools they need to pinpoint threats to the financial system, Reardon said. The SEC is in the process of implementing a long-delayed rule that would require all funds, including family offices, to privately disclose some of their derivatives positions to the agency. In theory, that would have made it possible for the SEC to see what Archegos was doing.

But requiring Archegos to register as an investment adviser wouldn’t have prevented the blow-up, said Reardon, whose coalition formed in 2009 to ensure the offices would be exempt from such registration.

If regulators do crack down on family offices in the U.S., some might simply decide to leave the country.

“In reality, the typical single family office is a small team of highly mobile individuals,” said Keith Johnston, chief executive officer of SFO Alliance, a London-based investment club for single-family offices. “There is the danger that if they consider themselves over-regulated they will simply move staff or headquarters to those jurisdictions where they are not.”