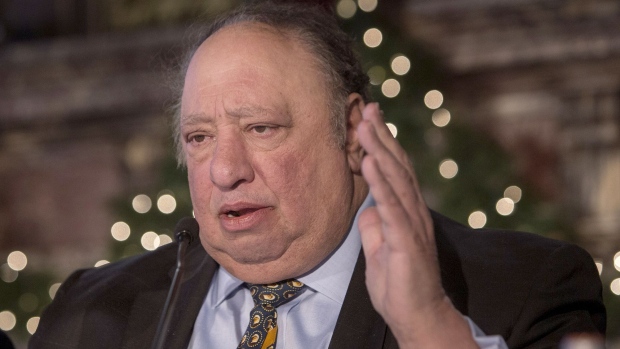 (Bloomberg) -- A small lumber store in Manhattan claims its former landlord conspired with billionaire developer John Catsimatidis to prevent the retailer from acquiring the building it occupied for six decades so that the structure could be demolished to make way for a high-end residential project.

Midtown Lumber said in a complaint filed Tuesday in New York state court that the owners of the two-story brick building at 275 West 25th Street agreed to sell the property to Catsimatidis and his Red Apple Group Inc. without first offering the building to Midtown, as required by its lease, and concealed the role of the billionaire real estate developer in the deal.

Midtown Lumber said it signed a five-year lease with then-owner MRK Holdings through Dec. 31, 2021, with two three-year renewal options through 2024 and 2027. The lease didn’t allow the landlord to terminate the deal if it chose to demolish the premises, and gave the store the right to match any third-party offer to buy the building, according to the complaint.

Catsimatidis, in an interview Wednesday, disputed the store’s claims.

“All they’re doing right now is, they hired a lawyer that just wants to suck our blood,” he said. “Everything we did was legitimate. I signed the paperwork myself. My name is on the document. We bought the property. We did everything we’re supposed to do. I don’t understand.” He added, “If they want to try to suck our blood, make my day.”

The lumber store says it was told via a letter in February 2019 that MRK had received an offer to buy the building for $6.9 million from a third party unaffiliated with the landlord or its principals, indicating that the buyer would be a limited liability company to be formed later.

The offer, which was attached to the letter, was on the letterhead of a firm called Venture Capital Properties, with the company’s name and a vice president, Itan Rahmani, listed at the top, according to the complaint. The store said it concluded Venture Capital had made the offer, declined to exercise its option to buy the property and it was sold in August 2019.

But that deal was a “sham,” Midtown Lumber said. The interest in the property was conveyed to a limited liability company controlled by Catsimatidis for no consideration in October of 2019, and Rahmani was a “strawman” buyer who was used to hide the billionaire’s participation in the purchase, the lumber company said. Later that month, Red Apple told the store it was terminating the lease, effective in April 2023.

The store said it would have been “reasonable to assume that the acquisition of the subject premises by a publicly known real estate developer presented a substantial risk that the future landlord would seek to demolish the subject premises to make way for redevelopment, and that Midtown Lumber would lose its home of 60 years.”

The Chelsea neighborhood site is around the corner from a mixed-use building planned by Catsimatidis on Eighth Avenue between 24th and 25th streets, Crains New York reported in May.

Midtown Lumber also says Catsimatidis and Red Apple convinced it to execute a lease amendment in January 2021 “during the depths of the COVID-19 pandemic” that lowered its monthly rent to $13,000 from more than $18,000 but also included a new “demolition clause” that allowed the owner to terminate the lease, “knowing that this reduction was necessary” for Midtown Lumber to continue operating.

That clause, the lumber store says in its complaint, is crucial to Catsimatidis’ plan to vacate the premises, merge them with a property he owns at 280 Eighth Avenue and construct a new, high-end residential building on the site.

Asked about how he’ll use the lumber property in his redevelopment plans, Catsimatidis said, “We have other alternatives. Let’s put it that way. We can zig or we can zag.”

Midtown Lumber is seeking a court order rescinding the deed and declaring it has the right to buy the property. It’s also asking for more than $5 million in damages.