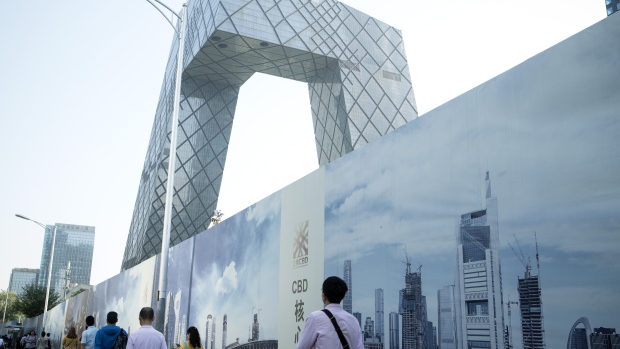 China this month recorded one of its biggest corporate-debt defaults yet, with the downfall of a coal miner that had ridden the country’s wave of credit until policy makers changed the game with their deleveraging campaign.

For investors in Wintime Energy Co., it’s been far from a winning time now that the company from northern Shanxi province is proving incapable of rolling over debt that quadrupled in less than five years. How the borrower ran up a 72.2 billion yuan (US$10.8 billion) tab that it now can’t make good on illustrates why this year will be China’s worst yet for corporate defaults.

Wintime’s original plan was to borrow to fund acquisitions and expand into areas including finance and logistics. As borrowing costs tumbled from 2014, funding was easy to get and the miner took full advantage of creditors’ largesse. Things started changing in 2016, when President Xi Jinping began putting emphasis on reining in financial risks.

Now, Wintime has the unfortunate distinction of being the largest defaulter in China so far in 2018, delinquent on 11.4 billion yuan of securities after it failed to pay a local bond this month.

China’s changing environment for financing has had quite a big impact on the company, an officer with Wintime’s information disclosure department said by phone, declining to be identified by name. The firm is trying to raise new debt to repay existing obligations and is selling assets, he said, declining to comment on Wintime’s past run-up in debt.

That run-up came amid a near-doubling in size of China’s domestic bond market, now roughly US$12 trillion and the world’s third largest. The government had encouraged companies to use bonds for financing as they embraced financial innovation to make the economy less dependent on state-owned banks.

The trouble was that local buyers had little experience in doing credit research, and the local debt-rating agencies lacked the kind of differentiation among borrowers found overseas. There was little need for due diligence until China began allowing defaults in 2014.

“China’s economic growth was largely driven by debt and its corporate debt looks like a Ponzi scheme,” said Qin Han, chief fixed income analyst at Guotai Junan Securities Co. “More firms may give up on repaying debt if they encounter financing difficulties.”

With authorities taking measures to curb leverage by clamping down on shadow financing, boosting money-market borrowing rates and tightening regulations on the asset management industry, companies are increasingly running into those difficulties.

The increasingly difficult environment can be seen in Wintime’s history. After issuing more than 10 billion yuan of bonds in 2016 and again in 2017, it was only able to find buyers for 3.6 billion yuan so far this year, Bloomberg-compiled data show. That’s as its borrowing cost for one-year bonds soared to 7 per cent in 2018 from 4.5 per cent in 2016.

By July 5, it all proved too much. Wintime defaulted on a 1.5 billion yuan note, triggering cross-defaults on 13 of its other bonds totaling 9.9 billion yuan. Stockholders have been left in the lurch, with the shares suspended from trading from July 5.

Wintime is also a poster child for its involvement in share pledging, seen as an aggressive means of getting funding and a channel that’s increasingly under scrutiny in China. Wintime Energy’s parent as of the end of March had pledged almost all its shares in the subsidiary as collateral for loans, according to public filings.

The Wintime flop is likely to be echoed in other borrowers. The average total debt-to-common equity ratio at listed companies in China climbed to 99.5 per cent at the end of 2017, the highest in more than a decade, according to Bloomberg-compiled data. That leverage is up against a shrinking financing universe: the shadow-banking sector contracted by 691.7 billion yuan in June, the biggest net monthly drop on record, according to Bloomberg calculations based on official data.

“Companies that were used to paying back old debt with newly borrowed money have little experience in dealing with a change of cycles, and they don’t have other alternative plans,” said Ivan Chung, head of greater China credit and analysis at Moody’s Investors Service. “Borrowers’ inability to get new financing makes it difficult to hide problems.”