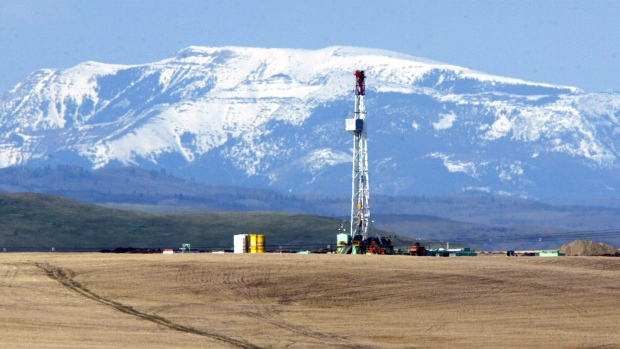 Even if the economy continues to recover and a second wave of the pandemic is less damaging than the first, U.S. shale drillers may still take at least a year before moving rigs back into the field, according to the leader of an oilfield-services company.

Precision Drilling Corp. Chief Executive Officer Kevin Neveu said activity in U.S. shale basins is in for a “prolonged downturn,” with drilling not rebounding until late in the second quarter of 2021 at the earliest, or the end of next year at the latest. That projection assumes governments respond to secondary COVID-19 outbreaks with less drastic measures than they used in recent months.

And if history is any guide, the eventual recovery will be abrupt as drillers respond to a shortage of supply and rising prices, he said.

“By the time our customers get a signal that they need more oil, it’s almost too late,” Neveu said in an interview. “We’ll have to ramp up very quickly and very abruptly. I wouldn’t expect anything different this time.”

Precision Drilling, based in Calgary, has 236 rigs worldwide, with about 110 in Canada, 110 in the U.S. and the balance in other international locations. Currently, only 10 of the company’s Canadian rigs and 26 of its U.S. rigs are operating.

During the last oil-price crash that started in 2014, the U.S. rig count tumbled for almost two years, bottoming out at 316 in May 2016. As prices rebounded, the tally more than doubled within a year and continued climbing to 887 in November 2018.

Since that peak, drilling activity waned as investors pushed producers to focus on profitability over output gains, then fell off a cliff starting in February as the twin shocks of the COVID-19 pandemic and the Saudi-Russian price skirmish sent oil prices to record lows. Last week, the number of oil rigs at work in the U.S. slipped to the lowest since 2009.

U.S. shale fields will lead the drilling recovery because they can bring production back quickly, with oil flowing in about three months from the time a rig is deployed, Neveu said.

“They’re taking it on the chin right now, and certainly production is slowing down and activity is slowing down, but it’s so quick and so easy to get that production flowing again that I think it will be one of the first places the E&P companies go,” he said.

The next rebound in output also could be sharper than previous ones because digitization and automation on rigs allows crews to get the machines back to maximum efficiency in one to two months, about half the time it took before, Neveu said.

Depending on how severe the supply shortage gets, the U.S. could see activity bounce back to levels it hasn’t seen since last year, he said.