Balancing the needs of the medical and recreational cannabis markets

Aurora Cannabis Inc.’s revenue more than tripled in its fiscal first quarter, while marketing costs surged as the pot producer prepared for the launch of the legal recreational market in Canada.

The gain in net income was mostly attributed to derivatives and marketable securities, including its minority position in The Green Organic Dutchman Holdings Ltd., a Hamilton-based pot producer whose valuation rose 108 per cent during the reported quarter.

Aurora shares opened almost eight per cent higher on the Toronto Stock Exchange Monday morning before turning lower as trading progressed.  The company's TSX-listed shares closed down 1.71 per cent - or 16 cents - to $9.20.

Despite the up-and-down trading day, one industry insider sees healthy consumer demand for Aurora and its products.

“Aurora’s got quite a few things going for them,” Deepak Anand, vice-president of business development and government relations at Cannabis Compliance. “They’ve got eight facilities that are licensed for production, and they hold six sale licenses… and Aurora’s the only company that currently has a vape-ready CBD oil that they can sell.”

“They are focused, and clearly I think the market – in terms of the consumer market – is certainly liking some of their products and their moves.”

Revenue from adult recreational sales was $553,000, or about two per cent of the company’s total, reflecting the small amount of cannabis Aurora shipped to provinces in the final days of September. Recreational cannabis was legalized in Canada on Oct. 17, more than two weeks after Aurora’s quarter ended. 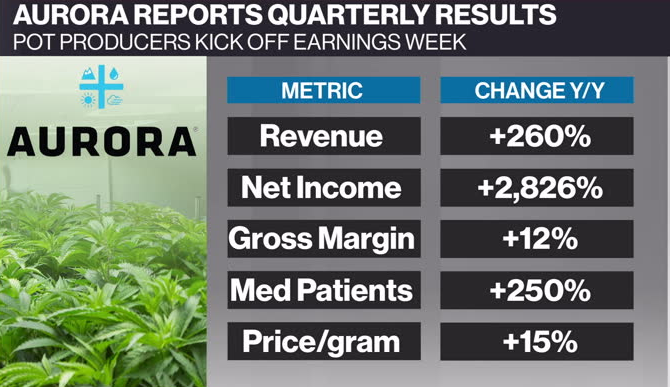 Aurora said on Monday its sales and marketing expenses nearly doubled to $29.4 million from $14.8 million in the prior quarter.

"A significant portion of our Q1 2019 marketing spend was in preparation for the adult consumer use market with numerous branding and market awareness initiatives. With more restrictive marketing regulations in effect as of October 17th, we will see a significant reduction in average marketing spend over the remainder of the fiscal year," said CFO Glen Ibbott in a release.

While Aurora ramped up spending in the quarter to prepare for the debut of legal recreational pot consumption, the country's medical market was a major growth driver in the latest quarter, with the company's number of active registered patients rising 250 per cent year-over-year to 67,484.

“The future is bright for the medical cannabis system and we are a medical cannabis company globally. That’s our focus,” said Aurora CEO Terry Booth during a conference call with analysts on Monday.

“Adult-use is a small sliver of a very big piece of pie. We’ll manage that and we’ll maintain it as we have. We’re the leaders in the adult-usage market in this country so far. But it is early and we’re keeping our nose to the grindstone,” he added. “This Aurora team is pretty impressive and pretty proud of how we put together something that was a bit of a shit show.”

As some pot retailers have complained about poor inventory levels in the initial days of marijuana legalization in Canada, Aurora said it now has six production facilities with sales licenses awarded by Health Canada and will be capable of producing 150,000 kg of pot annually by the end of the year.

Aurora is the first cannabis producer to report earnings this week with Tilray Inc. and Cronos Group posting their quarterly results on Tuesday. Canopy Growth Corp. reports its latest quarter on Wednesday. 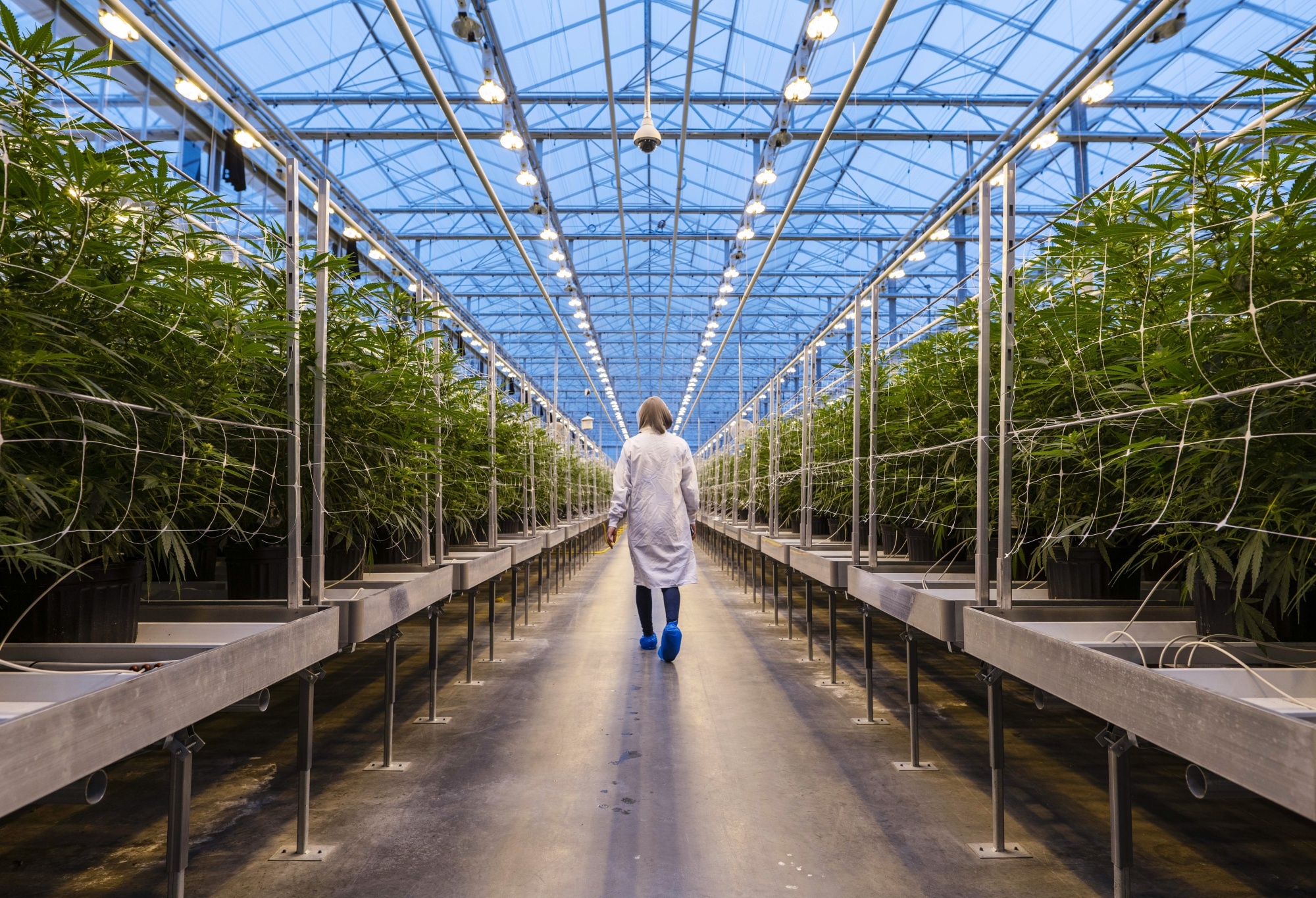 Which of these metrics matters most to you as pot producers report earnings?