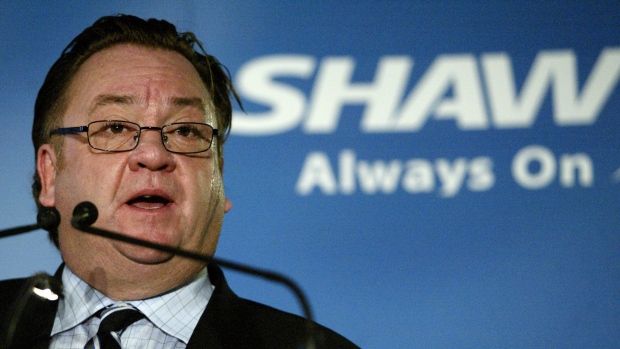 CALGARY -- Jim Shaw, the former chief executive of Shaw Communications Inc., died on Wednesday at the age of 60.

The Calgary-based telecommunications company said in a statement that Shaw, who was still vice-chairman of the board, passed away peacefully following a brief illness.

He joined Shaw in 1982, working as a construction worker and cable installer, and later served as the company's second CEO from 1998 to 2010.

Shareholders were richly rewarded by the revenue growth under Shaw’s watch, with shares rising 177.48 per cent, easily outpacing the overall TSX Composite Index.

Shaw also made a habit of returning cash to shareholders. As CEO, he increased both the dividend payout and its frequency, from a penny a share bi-annually when he took the post to more than seven cents paid out monthly at the end of his tenure.

Current CEO Brad Shaw said that he not only lost a brother, but a great friend and mentor.

"As a family, our hearts are heavy with sadness," he said.

"Our lives will not be as complete without hearing Jim's laughter or getting the benefit of his counsel or his insight." 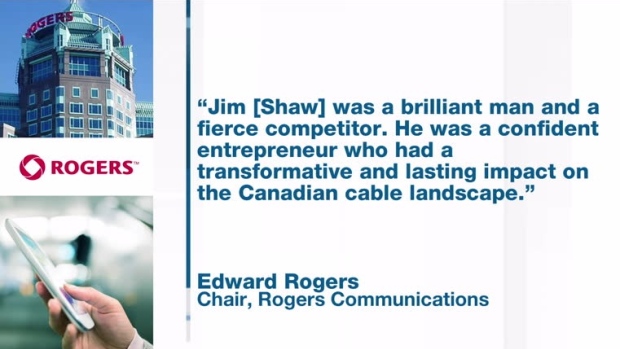 Edward Rogers, chairman of Rogers Communications Inc., said he was saddened to hear about Shaw's death and extended his condolences.

"Jim was a brilliant man and a fierce competitor," Rogers said in a statement.

"He was a confident entrepreneur who had a transformative and lasting impact on the Canadian cable landscape. He will surely be missed." 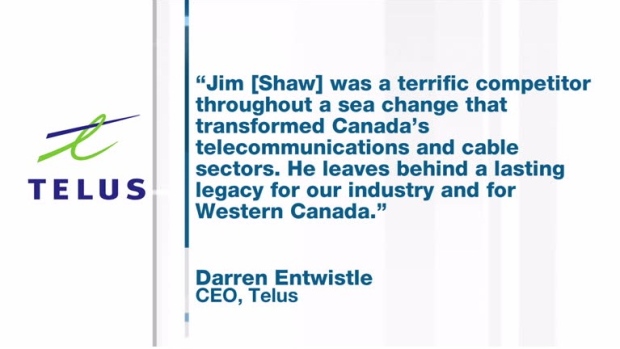