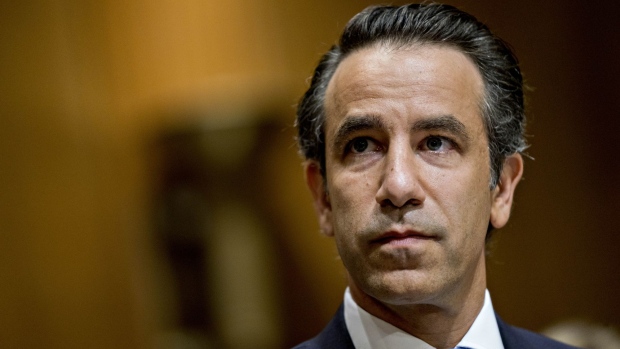 (Bloomberg) -- One of former President Donald Trump’s top Treasury officials is backing a digital investment firm, amid a push by the Biden administration for tighter regulation of crypto finance.

Justin Muzinich, deputy Treasury secretary during the Trump administration, holds a minority stake in Road Capital Management, a newly created money manager based in Hobe Sound, Florida, according to a regulatory filing. Founded by Thomas Bailey, 35, Road Capital is raising outside money to invest in blockchain assets and platforms as well as cryptocurrencies and other digital financial instruments.

The stake shows how cryptocurrencies are gaining acceptance at the highest echelons, even as the emerging asset class suffers dizzying price swings and growing scrutiny from banking and securities regulators. The Internal Revenue Service, Office of the Comptroller of the Currency and the Federal Reserve are all planning to issue new rules soon that could have a dramatic impact on the industry’s profits.

Muzinich, the scion of a Wall Street money manager who started the family bond firm in 1988, played a pivotal role in designing and negotiating the former president’s tax cuts and helped run the administration’s Covid-19 relief package.

Spokesmen for Muzinich and Road Capital declined to comment.

Road Capital notified the U.S. Securities and Exchange Commission earlier this month that it was preparing to raise capital for a private fund. The firm registered as an investment adviser with the SEC in November, saying at the time that it expects to have more than $100 million under management later this year.

Muzinich owns at least 10% but less than 25% of Road Capital, according to the document. He will not be involved in the day-to-day management of the firm, according to a person familiar with the situation, who requested anonymity because Road Capital has yet to fully start up.

Bailey, a former analyst at Perry Capital, describes himself as a crypto entrepreneur and investor on his LinkedIn profile, and was an angel investor in blockchain companies such as Tagomi, Bakkt and BitGo, according to the website for Notation, a venture fund that provides capital to early stage companies. In 2017, he teamed up with Igor Runets, a Russian entrepreneur and fellow student at Stanford University’s Graduate School of Business, to start BitRiver LP, a developer of data centers in Russia that run on hydropower, providing cheap electricity for outside firms that want to mine Bitcoin.

Appointed deputy secretary in 2018, Muzinich helped deliver the administration’s public policy statements on cryptocurrencies, in one instance spearheading an assessment by the President’s Working Group of Financial Markets on regulatory issues raised by stablecoin usage. Upon returning to the private sector, Muzinich has continued to speak out on cryptocurrencies.

“Digital currencies are driving tremendous innovation that has the potential to make whole economic sectors more efficient,” Muzinich wrote in the November/December issue of Foreign Affairs. “But they also pose various national security and financial threats and could even diminish U.S. influence abroad.”

Bailey’s wife, Caroline Vik, also worked in the Trump administration, including at the office of the Secretary of Defense and for the National Security Council. Before that, Vik and Muzinich both worked for Mitt Romney’s 2012 presidential campaign as well as Jeb Bush’s campaign to capture the 2016 Republican nomination for president.