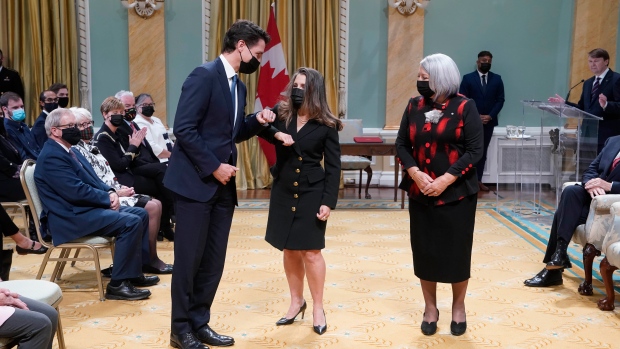 OTTAWA - Prime Minister Justin Trudeau's cabinet was revealed on Tuesday, with old faces in familiar places, and new faces in new places. Here is a breakdown of who has what ministerial position:

Carolyn Bennett, minister of mental health and addictions and associate minister of health

Bill Blair, president of the Queen's Privy Council and minister of emergency preparedness

Mona Fortier, president of the treasury board

Ahmed Hussen, minister of housing and diversity and inclusion

David Lametti, minister of justice and attorney general of Canada

Pascale St-Onge, minister of sport and minister responsible for the Economic Development Agency of Canada for the Regions of Quebec