The oil futures curve was pummeled on Black Friday as the wave of selling sparked by the new COVID-19 variant spread beyond headline prices.

The clearest sign of the trader nerves was a slump in the gap between the nearest two December futures -- a closely watched gauge of market health. 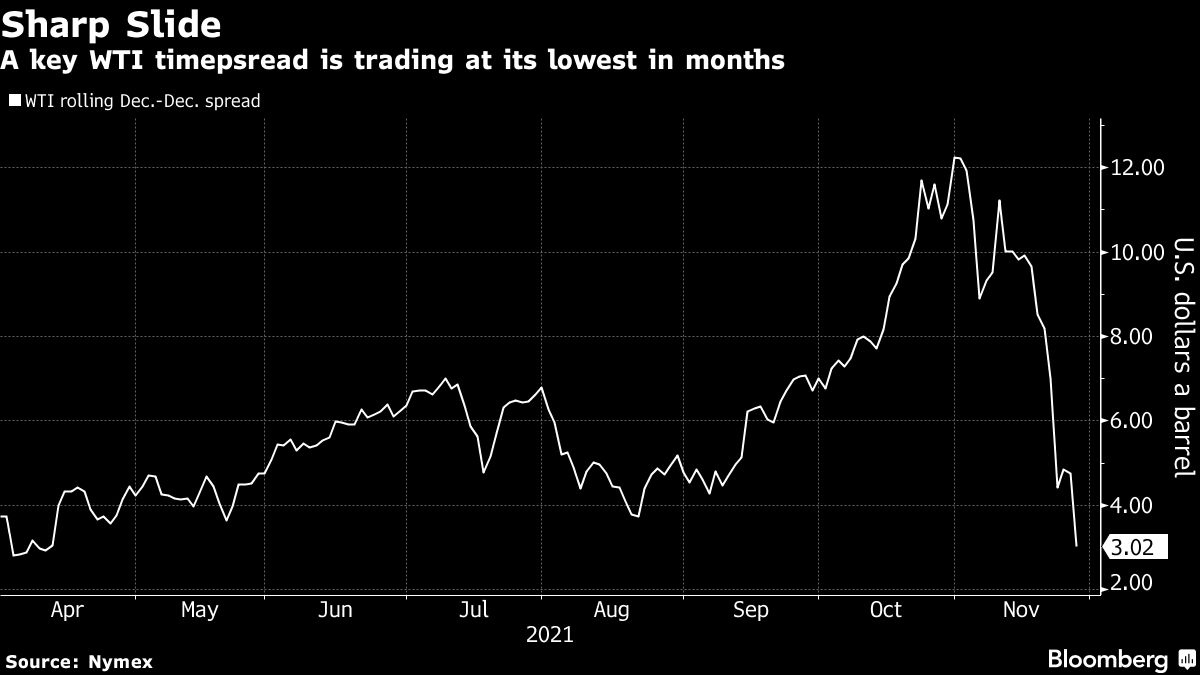 West Texas Intermediate for next December tumbled by more than US$1.75 a barrel compared with the same contract a year later. That puts the gap between the two on course for its weakest close since April, although the slide is exacerbated by Thanksgiving in the U.S. on Thursday, which meant there was no trading.

Both Brent and WTI are on track for their fifth straight week of declines, the longest such slump since March 2020 when the the full effects of the pandemic on demand were really starting to be felt.

The new COVID variant compounded selling pressure after key consumer nations said earlier this week they would release crude from their reserves to tame surging energy costs and inflation. The moves were also likely exacerbated by a lack of trading activity during a U.S. holiday period.

The rout was evident right across the oil futures curve with nearby Brent and WTI spreads both retreating on Friday, suggesting traders’ views on supply and demand for next year are deteriorating. In the options market, bearish put contracts on the global Brent benchmark were commanding their biggest premium over comparable calls for months.