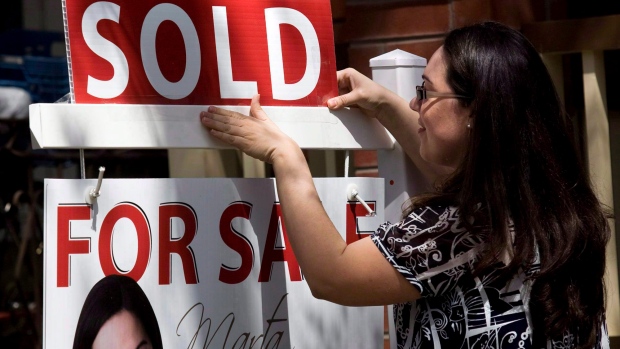 VANCOUVER AND TORONTO - The heads of two prominent real estate associations in Ontario are lobbying government leaders not to follow B.C.’s lead with a tax on foreign home buyers, a move that comes as the spotlight shifts from Vancouver to Toronto’s hot housing market.

In letters sent to Ontario Finance Minister Charles Sousa and Toronto Mayor John Tory, the presidents of the Toronto Real Estate Board and the Ontario Real Estate Association warned that matching British Columbia’s 15-per-cent tax in Metro Vancouver for buyers who are not Canadian citizens or permanent residents would harm the economy.

“Increasing taxes on foreign home buyers is a knee-jerk reaction to a problem which we do not fully understand, will do little to address the growing affordability challenges facing many Ontarians and may have negative consequences for our broader economy,” Larry Cerqua of the TREB and Ray Ferris of the OREA wrote in their letter to Mr. Sousa.

The warning comes as the Vancouver housing market shows signs of cooling and several industry observers weigh in.

Former federal finance minister Joe Oliver has come out in support of taxing foreign buyers in the Toronto region, and Toronto city councillor Jim Karygiannis has said he would draft a motion in support if his constituents favour a tax. Critics say the province has little choice but to copy British Columbia’s tax, which took effect on Aug. 2, or risk adding fuel to Toronto’s overheated market.

Related: Does Toronto need a tax on foreign homebuyers? Who’s said what in the debate

Early data from the B.C. government show the number of foreign buyers in Metro Vancouver’s housing market dropped in the first month of the tax, although some of that was due to a rush to close transactions before Aug. 2, including deals that involved buyers from China.

Of the total number of transactions, the proportion of foreign purchasers who closed their deals to buy homes in the Vancouver region was 0.9 per cent between Aug. 2 and Aug. 31, down from 13.2 per cent in the seven weeks leading up to the implementation of the tax, according to data based on land-title registrations the province released on Thursday.

Home sales in the region dropped an annualized 26 per cent last month, the Real Estate Board of Greater Vancouver reported. The average price for detached homes sold also fell, although it remains expensive at $2.6-million within the City of Vancouver.

In Toronto, average resale home prices have surged more than 17 per cent since the same period last year, the Toronto Real Estate Board reported earlier this month. Prices for detached houses jumped an annualized 18 per cent in the city to $1.21-million.

In a new report, the Conference Board of Canada said sales declined from July to August in 17 of 28 Canadian markets it surveyed, with one of the sharpest month-over-month percentage decreases in Greater Vancouver while Greater Toronto witnessed one of the highest. “Toronto sales have picked up, but you can’t say definitively that foreign buyers’ attention has shifted to Toronto,” said Robin Wiebe, senior economist at the conference board. “The next few months are going to be pretty interesting.”

In their letters, Mr. Cerqua and Mr. Ferris warned of “unintended consequences” if the province or the city were to match B.C.’s tax.

The letters, dated Aug. 5, were not made public by the organizations. The Globe and Mail obtained them this week. Neither Mr. Cerqua nor Mr. Ferris returned calls for comment on Thursday.

Foreign buyers could shift their focus from more expensive detached houses to lower-priced properties to pay less tax, they wrote, which “could actually hurt the ‘middle-class’ buyer the tax was designed to help.”

If Toronto were to implement a city-wide tax, that could push foreign demand to neighbouring communities, Mr. Cerqua wrote in a separate letter to Mr. Tory. And that would drive up home prices in the suburbs, which Mr. Cerqua suggests would in turn push up prices in Toronto.

A tax on foreign investors could also harm the GTA’s rental market, Mr. Ferris and Mr. Cerqua wrote, since investors buy many of the region’s newly built condos as rental properties. “If a tax were levied on foreign investors, it is possible that we could see fewer rental apartments available on the market,” which could reduce vacancy rates and push up rents, they wrote.

They urged both levels of government to tackle other issues, including a lack of serviceable land for new single-family housing and land transfer taxes they argue put an increasing burden on first-time buyers.

Mr. Sousa indicated on Thursday that his government will wait and see how B.C.’s new tax affects the housing markets in both provinces.

“It will be important to ensure that policies intended to promote housing affordability do not create any unnecessary walls that prevent newcomers from contributing to our society,” he said in a statement. “Our government will continue monitoring the housing market in both Ontario and B.C. over the course of the next few months to see the impacts of the recent decision by the government of B.C.”

Private-sector economists have predicted that Ontario’s housing market is set for a “soft landing” over the next few years as interest rates rise, Mr. Sousa added.

Mr. Tory said he understands the affordability challenges. “The City of Toronto is participating in the federal government’s housing market working group, which brings all levels of government together to tackle how we can make the cost of housing more affordable,” a statement from the mayor’s office said.