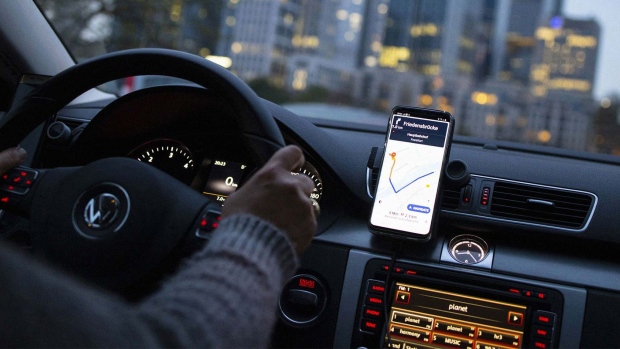 Few social situations puzzle even the most mannered etiquette experts so much as deciding how much and when to tip, especially in the U.S., where it’s not always optional and workers can be paid below minimum wage if they’re also receiving tips.

The history of rewarding good service with additional money is murky, but it most likely originated in Europe, possibly in medieval times, when a serf would receive a tip from his lord for performing well. This practice gained popularity in 17th century England among the upper classes and then spread to the U.S. after the Civil War, when wealthy Americans began traveling to Europe more regularly.

For tipping after a meal in a restaurant, the protocol is straightforward: Leave 15 per cent to 20 per cent of the total check, including tax, for your server. But with the explosion of the gig economy—in which about 57 million Americans are employed—and the rise of service apps such as Airbnb, Uber, and TaskRabbit, the expectations around tipping have become unclear and, in some cases, are still being developed.

According to a Consumer Reports survey of more than 1,000 adult Americans in December, 27 per cent of respondents said there are more situations today where they are expected to tip than there were even two years ago.

“It takes a while for new guidelines to be established in the culture at large,” says David Coggins, fashion critic and author of the New York Times bestseller Men and Style. Of the increase in new service apps, he continues, “I think it’s good to err on the side of generosity. A good tipper has a clear conscience.”

With that in mind, we talked to leading etiquette experts about how to handle tricky situations in which the tipping protocol may be uncertain.

When Uber first launched in 2012, the app didn’t include a feature to tip drivers, which the company said eliminated drivers’ uncertainty around their pay. But in July 2017, Uber yielded to public pressure and complaints from drivers and installed a built-in tipping option similar to those on such competing apps as Lyft and Via.

Diane Gottsman, founder of the Protocol School of Texas, which specializes in executive leadership and business etiquette, recommends leaving 15 per cent to 20 per cent for rideshares, similar to what you might leave in a traditional taxi cab.

“They are putting their own investment in their car,” she says. “The person who is providing you that service is working toward making a living. What might be convenient for us is their livelihood.”

When taking an Uber or Lyft, etiquette expert Jodi Smith tends to leave a bigger tip than when riding in a taxicab, whose drivers may be represented by a union.

“In a rideshare, these people have no health care, no vacation or sick days. They’re not getting a whole lot of money, so I have to be savvy enough to understand that,” says Smith, the president of Mannersmith Etiquette Consulting. “If it’s rush hour, I’m going to tip more. I’m tipping in the 20 per cent range.”

The beauty of these apps is that there’s no face-to-face hand-off of the tip, Coggins explains. And you can do it after the fact, as well. “I think people are dying not to have to be in these situations. It’s so fraught, because you’re having to put a value on someone’s work.”

When staying at a traditional hotel, guests should leave a cash tip each day, says Elaine Swann, founder of the Swann School of Protocol in California. She suggests from US$5 to US$10 a day. But when staying at an Airbnb, Vrbo, or other home rental, she typically eschews a tip.

“Most of the fees are built into the cost of it, so you don’t have to leave a tip,” she says. “Then, that’s up to the discretion of the owner to pass along to the cleaning service, or pocket it for themselves. I would not say it’s required.”

Similarly, Maryanne Parker, founder of San Diego-based Manor of Manners, stresses the importance of leaving a cash tip at a hotel each day because the cleaning staff may change during the length of your stay. “You should write a note and let them know that this is a tip,” she says. “You need to very directly explain.” Even a simple ‘Thank You’ can do it, lest housekeeping staff leave the money so they won’t accused of stealing.

For home shares, cash is unnecessary, but she suggests leaving a thank-you note for the hosts, especially if they were very responsive and went out of their way to improve your trip.

Many coffee shops, food trucks, and quick-service eateries now use iPad point-of-sale systems that are swiveled to customers, prompting them to choose options after swiping their cards—“no tip” or options between 10 per cent and 20 per cent.

Paul Bagdan, professor at the College of Hospitality Management at Johnson & Wales University in Rhode Island, calls this “guilt tipping.”

“People tip more when prompted to, or when they have to decline, especially when the person is right in front of you,” he says.

Smith explains that it’s not necessary to leave a tip if the employee is simply handing you an item from behind the counter. She might leave a dollar or two in a nearby tip jar if her order is unusually complicated or if she visits the shop often.

“If I’m going to places that I frequent, I’m tipping for the relationship, because two months from now, when forget my wallet at home, they know me and remember me and know I’m good for it,” she says.

Similarly, Jacqueline Whitmore, an etiquette expert who founded Protocol School of Palm Beach, notes that the presence of a tip jar doesn’t necessitate a tip but that in general, “tipping is good karma.”

If you’re someone who travels frequently or rarely carries cash, tipping can be a huge headache. The experts we talked with shared additional tricks for being a good tipper and getting the best service possible.

Coggins, author of Men and Style:

Parker from Manor of Manners: