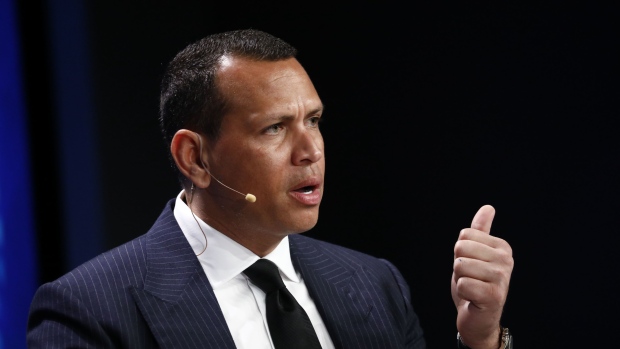 Alex Rodriguez, former professional baseball player, speaks during the Milken Institute Global Conference in Beverly Hills, California, U.S., on Tuesday, April 30, 2019. The conference brings together leaders in business, government, technology, philanthropy, academia, and the media to discuss actionable and collaborative solutions to some of the most important questions of our time. , Bloomberg

(Bloomberg) -- Former baseball star Alex Rodriguez is investing in the Professional Fighters League and joining the mixed-martial-arts fight promoter’s board of directors as the company looks to enter new markets and start a new pay-per-view operation.

Competition in the MMA industry is heating up as the sport grows globally. Last year, Endeavor Group Holdings Inc. acquired the remaining stake in the Ultimate Fighting Championship, the biggest MMA promoter in the US. Rival One Championship, which was valued at more than $1 billion in January and backed by sovereign wealth funds in Singapore and Qatar, signed a five-year distribution deal with Amazon.com Inc. in April and said it would begin holding events in the US in 2023.

The PFL has signed shorter-term two-year deals in many markets, including one in the US with Walt Disney Co.’s ESPN that runs through 2023, and has media agreements with the likes of DirecTV in Latin America and Channel 4 in the UK. Unlike traditional fight promoters, the PFL hosts a standard sports calendar, with regular-season matchups and playoffs culminating in world-championship bouts.

This fresh capital brings the PFL’s total funding to about $200 million. Founder and Chairman Donn Davis said in an interview that this round was small because the business is nearing profitability and the cash will be used for growth instead of operations.

Management will invest in business abroad and start a new “Super Fight” division, separate from its season format. In a new version of the classic pay-per-view model, fighters will get 50% of the revenue from their matches. Its first signing is Kayla Harrison, an undefeated featherweight, and Davis will look to lure more top names in the coming months.

Rodriguez has put his money behind all kinds of ventures since transitioning away from baseball and into investment. Over the past year, he has backed an app looking to become a “stock market” for fans of professional athletes, an online brokerage business and a fusion-power startup. His special purpose acquisition company, Slam Corp., has yet to announce a target.

The former New York Yankees great made his biggest splash last year when he and former Walmart Inc. executive Marc Lore signed a $1.5 billion deal for a controlling stake in the NBA’s Minnesota Timberwolves and the WNBA’s Lynx.

As a board member at the PFL, Rodriguez will use his “network and platform” to find ways to support the league’s growth, he said. He has been courting advice from some of the world’s top business leaders since retiring, working primarily out of his office in Miami.

“Sports leagues are really media and content companies,” Rodriguez said. “There is massive demand among fans for the world’s best fighters, and room for everyone in this category.”