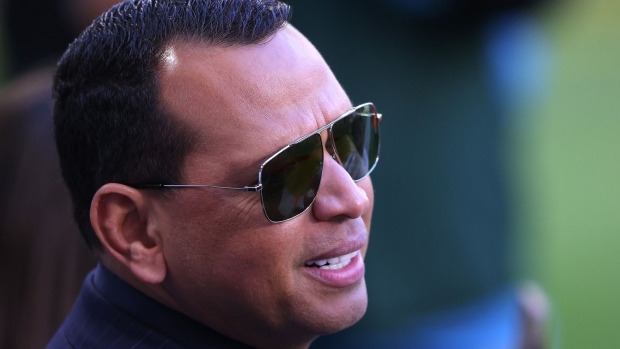 (Bloomberg) -- Former baseball star Alex Rodriguez is putting money into the online brokerage Tornado as the meme-stock frenzy and rise of day trading put a spotlight on services geared toward retail investors.

The $10 million early-stage round, set to be announced Wednesday, is the second for VCP, which Rodriguez founded in May with former Walmart Inc. e-commerce chief Marc Lore. Joining them are Dave Portnoy, the brash founder of Barstool Sports who has become a leading voice among day traders, and Tony Florence from New Enterprise Associates.

“From an investor standpoint, there’s a really big hole in the market, and the market is massive,” Lore said of the online brokerage industry. “There’s tailwinds now. There’s a lot of capital.”

Tornado, which is changing its name from NVSTR, was started in 2015 by a pair of former Wall Street executives, Bernard George and Patrick Aber. Management plans to spend more than half of the funds to promote the service, mostly through digital advertising and influencers. The rest will go into hiring, as the business adds staff in engineering, marketing and customer support.

The pitch to users is that it’s a social platform that wants to provide them more education than volume-focused competitors, allowing investors to create networks of trusted sources to help them make decisions. It also vets and aggregates investment commentary and advice.

“It is important not only to provide individuals with access to investing tools but also to help educate them to make good decisions to meet their goals,” Rodriguez said via email.

These efforts exist to, as Lore put it, make sure “people don’t get bamboozled” in a chaotic retail trading environment.

Many retail investors “pretty much learn from their brokerages,” George said. “I was fortunate to have a job at JPMorgan out of college, but still I had no idea what I was doing with my personal account.”

Online brokerages like Robinhood Markets Inc. and E-Trade have added millions of new users over the past year but have also had their share of controversies. In January, Robinhood restricted trading of GameStop Corp. shares, a decision that led to dozens of lawsuits and a Congressional hearing.

Read More: Robinhood’s Role in the ‘Gamification’ of Investing: QuickTake

That dust-up included Portnoy, who confronted Robinhood CEO Vladimir Tenev in a heated exchange over the GameStop debacle and once separately got booted from E-Trade. Portnoy said in an interview that he’ll use Tornado and disclose his relationship with the company to his community.

“We just want people to have the information to make the right decisions for themselves and have access to the information that people on Wall Street has,” Portnoy said. “So it’s not just the suits, as I call them.”

Rodriguez and Lore have been active business partners since their failed bid to acquire a stake in the New York Mets last year, losing out on the baseball team to billionaire hedge fund manager Steve Cohen. Earlier this year, they reached an agreement to acquire a stake in the NBA’s Minnesota Timberwolves and the WNBA’s Minnesota Lynx. It was approved by the NBA’s board of governors this week, but remains in the process of closing.

The pair’s blank-check firm is also near a deal. Slam Corp., their special purpose acquisition company, is in talks to merge with Panini SpA, an Italian sports collectibles business, Bloomberg News reported this month. Rodriguez wouldn’t comment on their plans in a television interview, but said that he sees “room for growth” in sports cards as investors pump money into alternative assets.

As for VCP, it’s in talks to add more businesses to its lineup, though Lore wouldn’t say what companies he’s investing in.