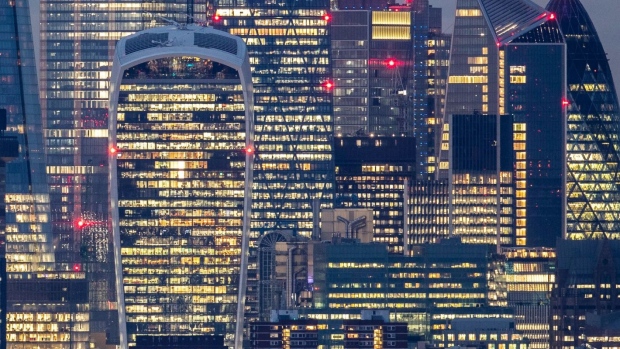 (Bloomberg) -- Around a third of investment firms failed in their bids to be signatories to the U.K.’s revamped stewardship code, which sets standards for companies acting for savers and pensioners.

The Financial Reporting Council named the successful applicants in a statement on Monday, which includes major firms such as BlackRock Inc., Vanguard Group Inc. and the U.K.’s abrdn Plc. It didn’t name those that failed among the 189 applicants seeking to sign up to the code, which outlines principles on the allocation, management and oversight of capital.

Unsuccessful applicants “commonly did not address all the principles or sufficiently evidence their approach, instead relying too heavily on policy statements,” the FRC said. “Other areas of weakness included reporting on approaches to review and assurance, and monitoring service providers.”

The successful applicants accounted for 20 trillion pounds of assets under management, according to the FRC. Firms have become increasingly eager to tout their stewardship credentials as demand for investments backed by environmental, social and governance criteria surges.

One name absent from the FRC’s list was Schroders Plc, the U.K.’s largest standalone asset manager. The firm said it was frustrated not to be a signatory to the revised code, in an emailed statement.

“According to feedback from the FRC, this is due to the format rather than the substance of our submission,” said a spokesperson for Schroders. “We are confident we will be a signatory again soon.”

The FRC toughened the code in 2019 following a review, and asked earlier signatories to reapply. It received applications from 147 asset managers, 28 asset owners, including pension funds and insurers, and 14 service providers, including data and information providers and investment consultants.

The unsuccessful firms are able to reapply next month.