The wild ride of Canada’s stock market in 2020 shows no signs of abating soon.

That’s the message from strategists who are expecting choppy months ahead as investors worry about a second coronavirus wave and plunging corporate profits amid a global recession, trade tensions and U.S. elections.

“Now that we’re coming into the summer, it’s going to be more of a second guess of really what’s going on because we’ve still got a ton of volatility ahead of us,” said Greg Taylor, chief investment officer at Purpose Investments. “We’re not out of the woods of volatility. It’s already been a volatile year for markets, but I don’t think it’s going to end anytime soon.”

As quickly as the Canadian market plunged into bear-market territory in March, it surged even more rapidly into a bull zone. Since the March 23 bottom, the S&P/TSX Composite Index has climbed 35 per cent — with plenty of bumps along the way. It’s still down 11 per cent for the year.

Market swings paint a picture of a volatile first half. The TSX has moved one per cent or more in either direction 54 days so far in 2020, the most since 2011, according to data compiled by Bloomberg. There have been eight such days in June, though the gains and losses have mostly canceled each other out: the index is flat this month. 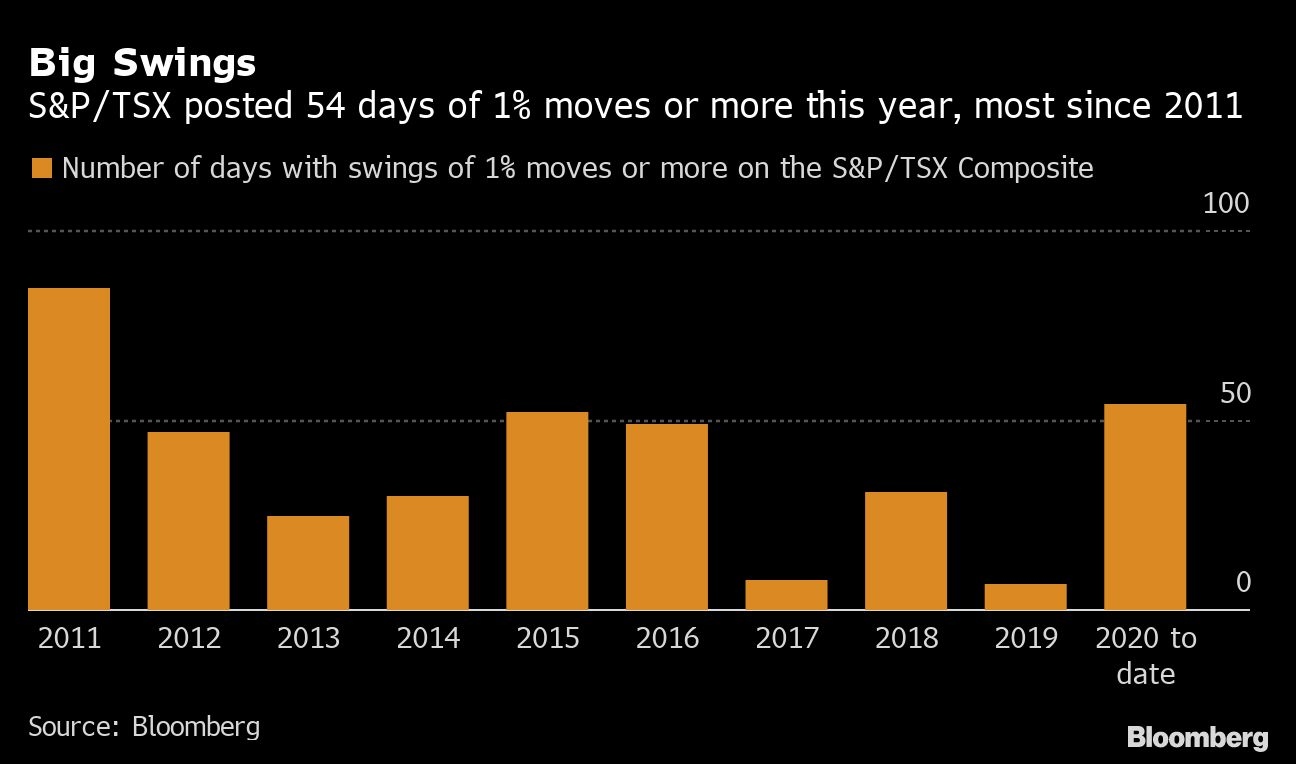 “While the largest laggards during the bear market have been among the best performing names since the trough, only 20% have seen a percentage recovery greater than the overall market, suggesting to us that these names still likely have plenty of room for recovery,” Brian Belski, chief market strategist at BMO Capital Markets, said in a report.

He noted that some of the sectors with the biggest influence on the benchmark, such as energy and financials, haven’t recovered even half of their bear-market declines. Investors are reluctant to price in a recovery in the price of crude, and they might still be waiting for the “mortgage deferral cliff.”

“We believe that as investors gain clarity and facts, these sectors stand a very good chance to be key drivers of TSX performance over the next few quarters,” he said.

There might also be more room for gold miners to rise as investors continue to seek haven assets, with the price of the precious metal rallying more than 16% this year.

“This raises the question for portfolio managers and asset allocators: Is it too late for gold or are things just getting started?” strategists led by Richardson GMP’s Craig Basinger said in a June 22 report. “Over the past couple of years, we have been, and remain, fans of gold exposure for investors.”

U.S. elections could be a big source of stress for markets, which in turn could be positive for the price of gold and mining companies, Taylor said. “Gold stocks have had a really good year, and could see some consolidation over the summer. But I think they’re set up for a really good run into the end of the year.”

Here’s what happened in Canada this week:

The S&P/TSX Composite fell 1.8 per cent this week as concerns around a second coronavirus wave hurt sentiment.

The Canadian dollar was among the worst performing currencies in the Group of 10 this week, weakening 0.4 per cent against the greenback. 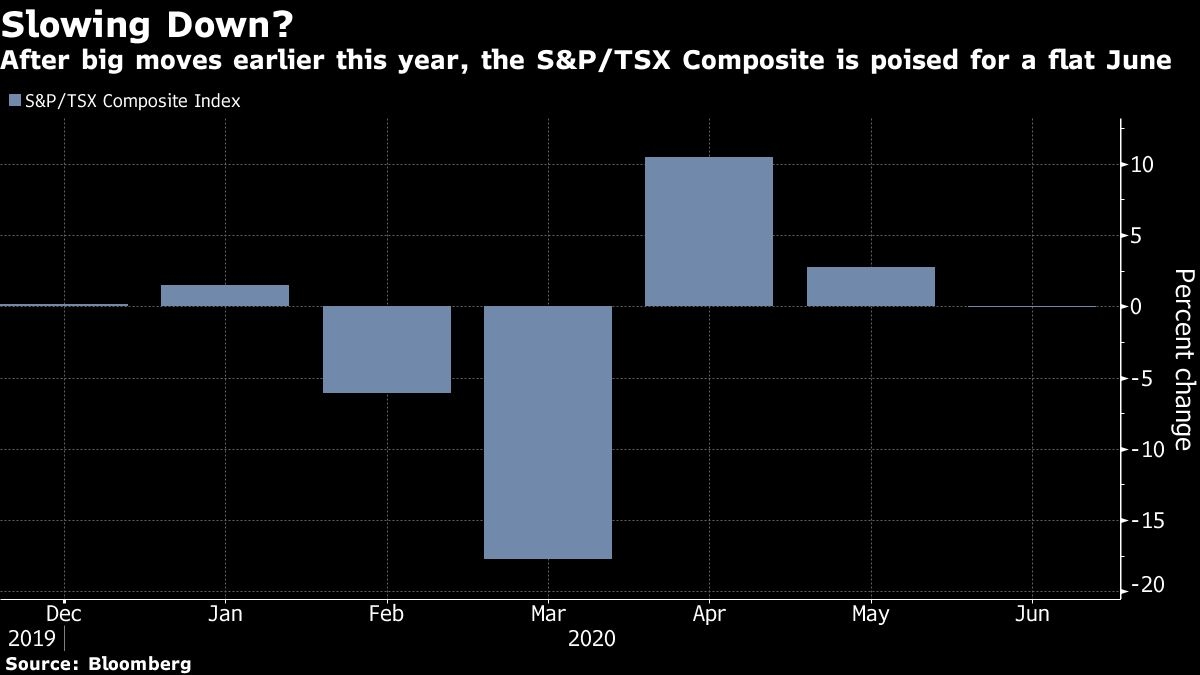 Canada’s strong credit rating took a blow as Fitch Ratings stripped the nation of its AAA status amid a spike in emergency spending for COVID-19, making it the first top-rated country to be downgraded by the ratings company during the pandemic.

S&P Global Ratings still kept its rating at AAA, making Canada only one of two countries left in the Group of Seven to hold that status; Germany is the other. Moody’s Investors Service also gives Canada its highest rating.

In Tiff Macklem’s first speech as Bank of Canada governor, he said Canada’s economy will take a long time to fully recover from the coronavirus lockdowns, requiring the central bank to continue purchases of government bonds to keep interest rates at historical lows indefinitely.

Next week, economists and market watchers will get a gauge of how deep the recession has gone: April gross domestic product numbers will look grim as a nationwide lockdown sent the economy spiraling.

Under mounting pressure to free a Huawei Technologies Co. executive, Justin Trudeau made it clear on Thursday he won’t give way — even if that means two Canadians remain in jail in China.

The prime minister rebuffed calls from a group of prominent Canadians, including a former Supreme Court justice, to end the extradition case against Meng Wanzhou in exchange for China’s release of its two citizens.