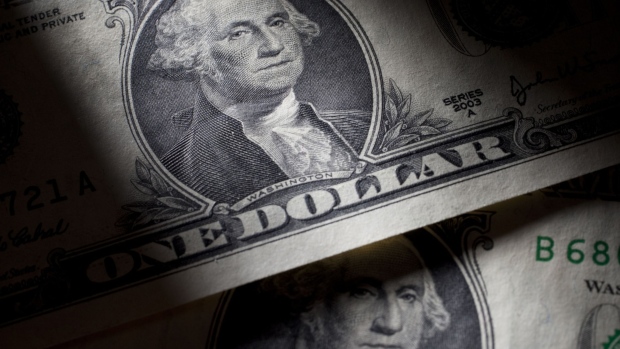 The US$1-trillion pile of cash that investors amassed amid the pandemic-fuelled market turmoil may determine the length of the risk rally.

U.S. money-fund assets have started to shrink from a record high. Roughly US$72 billion has exited after three weeks of outflows, the longest such streak in more than two years, Investment Company Institute data show. The shift coincided with emerging signs of an economic recovery that drove the S&P 500 Index to the highest since February, and a historic rush into fixed-income exchange-traded funds as the Federal Reserve supported that market.

A lot is riding on whether the incipient move out of cash, where it’s earning virtually nothing, continues. On the one hand, it’s an obvious potential source of additional fuel for the already-booming rebound in risk assets. But with virus worries mounting yet again, it may be premature to expect a major exodus anytime soon. A Deutsche Bank AG analysis shows that investors on edge over the pandemic have been sticking much more stubbornly to their cash holdings relative to past market crises.

“It’s indicative of just the uncertainty and the fear investors have,” said Peter Yi, director of short-duration fixed income and head of credit research at Northern Trust Asset Management. “In another respect, it makes you think that all this cash on the sidelines is potentially the powder that could bring the next leg up in risk assets when there is more clarity around how things are going to play out.” 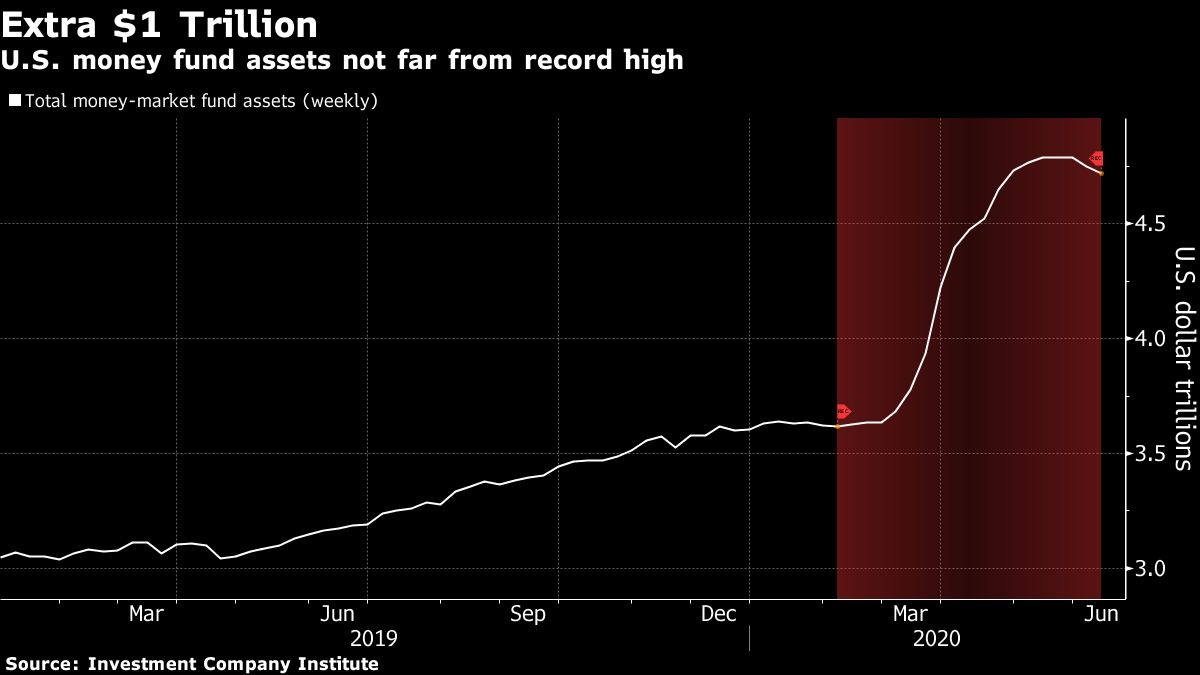 Assets in money-market mutual funds are still at a near-record US$4.72 trillion, after soaring from US3.7 trillion in early March as the spreading virus battered stocks. At its peak, more than three-quarters of that was parked in Treasury-only and other government funds -- which are perceived to be the safest of these portfolios.

Equities plunged into the fastest bear market on record in March, when a credit crunch saw investors unload even their highest-quality holdings to raise cash. A raft of emergency monetary and fiscal measures have stoked markets in the months since. The S&P 500 has surged nearly 40 per cent since March 23, while the Fed’s foray into the corporate bond market boosted BlackRock Inc.’s iShares iBoxx $ Investment Grade Corporate Bond ETF to an all-time high.

The US$4.3-trillion ETF industry is echoing the same caution seen in money-market funds. Fixed-income ETFs have taken in about US$83 billion in 2020, outpacing the US$73 billion of inflows into their equity counterparts, according to data compiled by Bloomberg. Equity ETFs hold US$3.3 trillion, compared with US$951 billion in fixed-income funds.

Even within money funds, there are signs that investors are willing to slowly take on more risk. Assets in prime funds -- which offer slightly more yield because they can also hold corporate obligations -- have risen the past 10 weeks, according to ICI data. Prime funds have added about US$107 billion from a near one-year low in early April, rising to US$761 billion. Government funds have declined to about US$3.8 trillion, from a record US$3.92 trillion in early May. 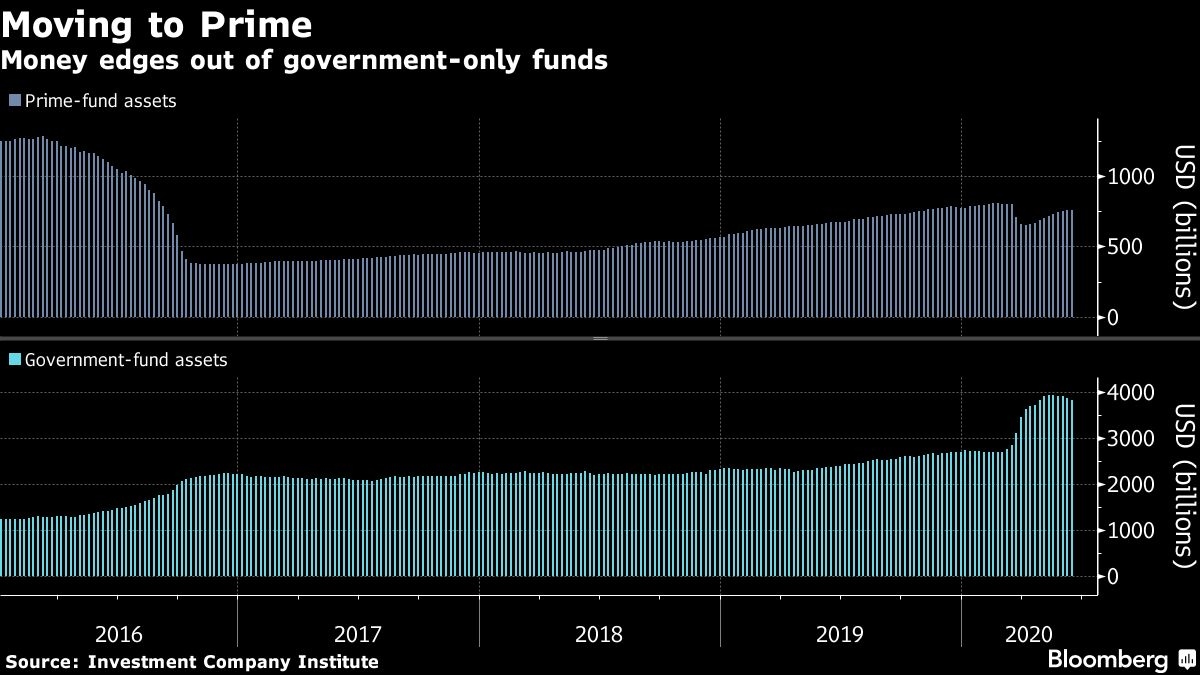 Not everyone is convinced the accumulated cash will stream back into equities. Assets have been building in money-market accounts for decades, a trend that appears to accelerate during recessions, according to Ed Keon at money manager QMA. However much returns to risky assets, it won’t be enough to build a bullish case on, he said.

“If you look at that long-term chart, its unmistakable, people are comfortable holding more cash,” said Keon, the firm’s chief investment strategist. “At the end of a recession, you’ll see a little bit put back to work, but it’s not a major factor in my mind to be optimistic about the economy or the market.”

The trajectory of the cash stockpile relies on more than just investor confidence, according to JPMorgan Chase & Co. It may also decline in coming weeks because corporate and individual tax payments, delayed until July as part of government support measures, could trigger outflows, and as companies tap the cash to pay down credit lines, say strategists including Alex Roever.

But there’s still reason to expect that investor behavior will eventually follow the pattern of past recessions, when the exit from cash began around market bottoms, according to Deutsche Bank’s Binky Chadha. 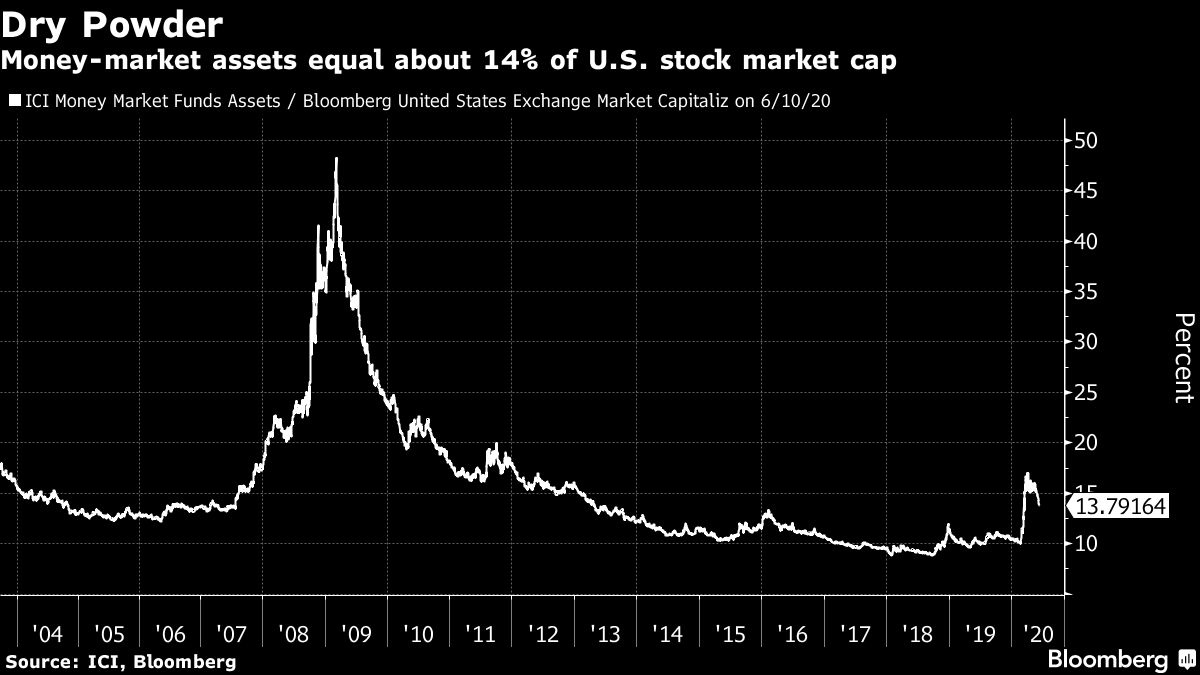 This time around, cash continued to accumulate even as stocks surged. But that money is likely to make its way into U.S. shares, assuming the economy continues to recover, he says. That’s one reason he sees greater potential for the S&P 500 to eclipse his year-end target of 3,250, up from about 3,100 now.

“Some people look at the level of the S&P and think that things are all done,” said Chadha, the firm’s chief global strategist and head of asset allocation. “But the money that usually comes out of the typical cash mountain hasn’t even really begun yet, so there is more upside.”