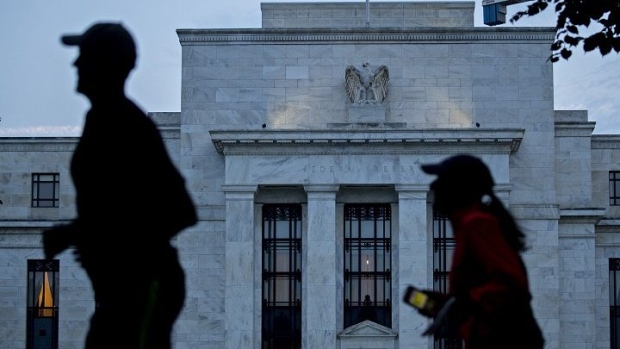 The Federal Reserve’s planned foray into the corporate-bond market has exchange-traded fund investors rushing in at a breakneck pace.

Investors poured a record US$1.5 billion into the iShares iBoxx US$ Investment Grade Corporate Bond ETF on Tuesday, following a US$1 billion influx on Monday, according to data compiled by Bloomberg. The back-to-back inflows have put the US$33 billion LQD on track for its best week on record after the U.S. central bank said it would begin buying corporate bonds and certain credit ETFs.

The Fed’s pledge of support and a US$2 trillion stimulus deal have eased corporate default fears after the coronavirus outbreak reignited solvency concerns. Now, investors are racing to get ahead of the central bank’s purchases. LQD has rallied for four consecutive sessions and posted its biggest gain since 2008 on Monday after the Fed announced its plans.

“Signaling that they have unlimited firepower is huge for the market,” said Gene Tannuzzo, a Columbia Threadneedle portfolio manager. “The investment-grade market offers the best risk-adjusted return right now.”

The U.S. central bank said Monday that it would create a Secondary Market Corporate Credit Facility, one of several new measures aimed at cushioning the economic blow from the coronavirus. The terms of the facility allow for the purchase of up to 10 per cent of an issuer’s outstanding bonds and up to 20 per cent of the assets of any ETF “whose investment objective is to provide broad exposure to the market for U.S. investment grade corporate bonds,” a primer accompanying the Fed action said.

The Fed’s involvement is also helping to restore order to credit ETFs, Tannuzzo said. LQD’s share priced has climbed nearly 3 per cent higher than the value of its underlying assets -- the fund’s biggest premium since 2009. Last week, it slumped to a discount of 5 per cent relative to the presumptive value of its bond holdings.

While policy makers have committed to being the “broker of last resort” for U.S. corporations, uncertainty over the virus’ economic fallout will limit the rally in high-grade bonds, according to Janney Montgomery Scott LLC’s Guy LeBas.

“Now that the liquidity floor is in place, that should support valuations to a point, but I doubt spreads return to pre-February levels for some time,” said LeBas, chief fixed income strategist. “Pricing credit is a very imprecise exercise right now given the unprecedented nature of the economic downturn.”