The firm, based in Canada’s oil capital, Calgary, started out by accumulating apartment buildings and housing complexes in the country’s western provinces. Now it’s gaining a U.S. beachhead by targeting small cities such as Cincinnati, Ohio, and Kansas City, Kansas, where prices are well below in major urban centers.

“We’re seeing a lot of opportunity in the U.S. non-gateway markets right now, so our plan is to continue to invest there,” Chief Investment Officer Jason Jogia said in an interview. The firm plans to focus on the U.S. market in the second half of the year and aims to deploy about $500 million (US$396 million) in multifamily properties in North America, he said.

Avenue’s largest fund, the $2.6 billion Avenue Living Core Trust, returned 13.2 per cent last year and has earned 9.7 per cent annualized returns since inception, according to fund documents as of March 31.

Properties in Alberta and Saskatchewan, the two provinces that produce the vast majority of Canada’s oil, remain far less expensive than markets like Ottawa, Toronto and Vancouver.

But the recovery in energy prices has started to feed through to the rest of the economy. Employment is rising sharply in both provinces and the housing market, once moribund, has sprung to life.

Calgary home sales surged 40 per cent last month compared with a year earlier. The benchmark price of a single-family home is up 24 per cent in two years, yet is still about a third of the price of Toronto. “We’ve seen a lot more optimism here,” Jogia said.

The firm’s real-estate strategy got started in 2006 when Anthony Giuffre, Avenue Living’s founder, bought a 24-unit compound in Brooks, a small city about 100 miles southeast of Calgary, from its aging owners.

At the time, Alberta was approaching the peak of a long oil boom that would crest in 2008. Yet soaring home prices hadn’t reached Brooks. The minimum wage was the same in both cities, but rents in Brooks were half that of Calgary. “There was a lot of room to move rents and that’s where they saw the opportunity,” the CIO said.

They’ve used a similar playbook ever since. Avenue Living has been investing in townhouses, apartments and multifamily units in lower-profile markets, targeting B and C class buildings they could fix up and fill with working-age tenants. In 2017, the firm opened up the fund to external investors, expanding the portfolio from 6,000 units to 15,000 across 23 different municipalities in Canada and the U.S.

The firm “found an unturned stone and something that’s not really looked at because it was arguably unsexy,” Jogia said.

In addition to buying buildings from publicly-traded companies and institutional investors, Avenue Living still purchases from “mom and pop” landlords who built or bought units in the 1980s and are ready to retire from the business, Jogia said. “We’re seeing the next generation not wanting to put on asset ownership and we’re seeing the consolidation,” Jogia said. 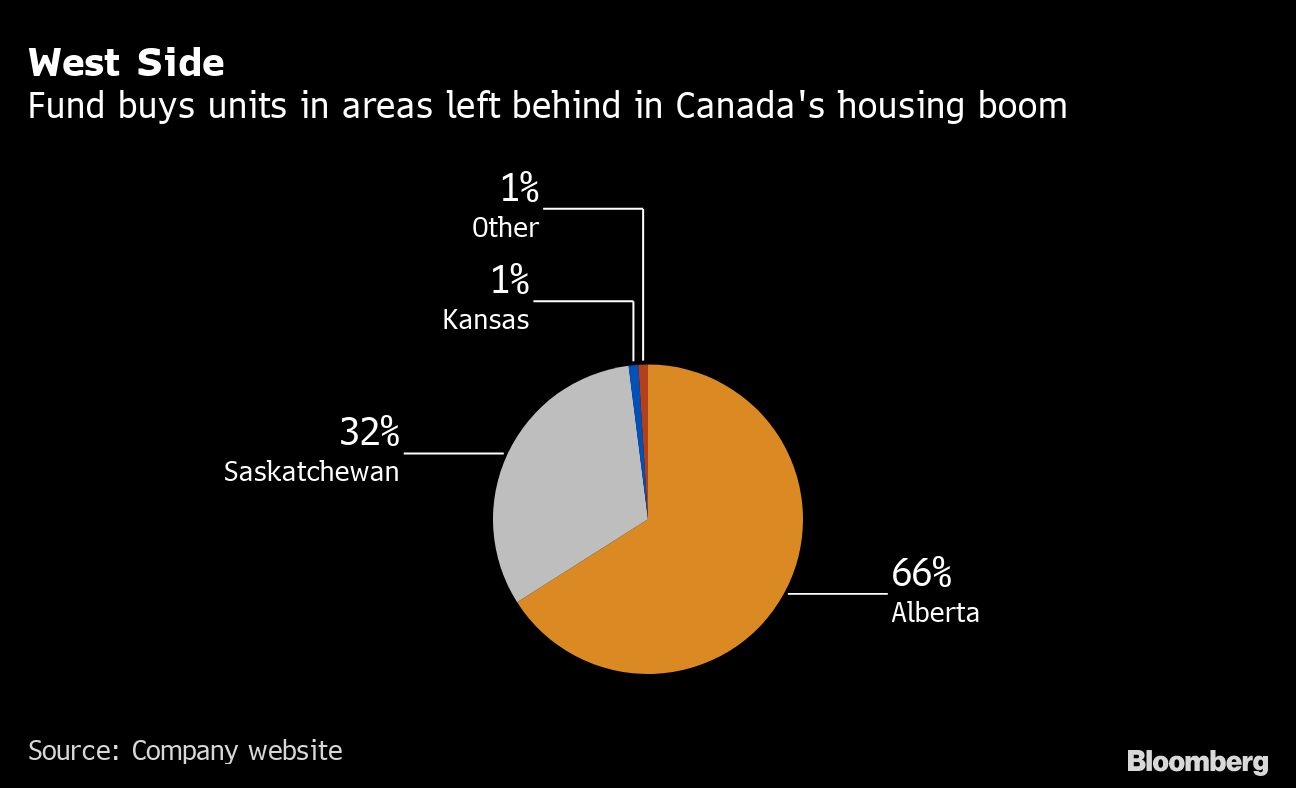 Avenue Living also has a fund that holds 3.2 million square feet of mini-mall storage units, an agricultural fund with about 50,000 acres of farmland in Western Canada and an “opportunity trust,” which buys assets that require a lot of work and tries to turn them around -- sometimes by converting them to other purposes.