How the cannabis black market is still thriving in Canada

TORONTO -- The bohemian Toronto neighbourhood of Kensington Market has long been a hotspot for weed culture and home to pot lounge Hotbox Cafe, and yet -- one year after the legalization of recreational cannabis in Canada -- there still isn't a single legal weed retailer here.

It's not for lack of trying.

Once the Ontario government switched the pot store model from public to private last September, Hotbox owner Abi Roach started to prepare her own store, as well as two other Toronto locations.

After spending hundreds of thousands of dollars, the long-time pot legalization advocate learned that the province's retail licences initially would be limited to just 25 and allocated by random lottery in January -- and her entry didn't win.

The Hotbox was also one of at least 16 Kensington Market area locations entered into the Ontario regulator's second lottery in August for another 42 stores -- and not one was chosen.

"A small company like mine, which doesn't make a lot of money, we spent close to half a million dollars getting ready three stores for applications... We lost all our savings," Roach said.

It's an example of the pot retail challenges that continue to plague Canada's biggest province, where the number of legal shops per capita remains far lower than in most other parts of the country.

And as the country marks one year since legalization on Oct. 17 and prepares for new pot products such as topicals and edibles to hit shelves, cannabis stocks have come down from their highs as licensed producers miss their revenue targets -- the blame for which some companies have put on the scant number of retail stores, particularly in Ontario.

Across the country, there are more than 500 licensed cannabis providers authorized to sell pot, though not all are up and running. That's compared with approximately 100 pot shops that opened on legalization day last year.

Initial product shortages and supply chain issues have largely been resolved, but consumer access to legal pot remains patchy between provinces and territories, and the black market continues to thrive.

The highest number of legal pot stores are in Alberta, with more than 300 licensed private cannabis providers for just 4.37 million people.

Ontario, with 14.57 million people or 40 per cent of the nation's population, has just 24 stores, but the government is in the process of increasing that number to 75.

Newfoundland and Labrador, Saskatchewan, Manitoba and British Columbia all have more legal pot stores than Ontario, but the region with the highest ratio of stores per capita is Northwest Territories with five locations selling pot and alcohol for its population of 38,780, or one for every 9,000 people.

The first six months of cannabis retail sales were "generally muted," largely due to the absence of physical retail stores in Ontario, said Vivien Azer, an analyst with Cowen.

"The rollout in Canada hasn't been perfect, but early growing pains in any nascent market are to be expected," she said in a recent note. "We have been encouraged by the steady sequential growth we are seeing in the monthly data, in particular since Ontario brought physical doors online."

Meanwhile, licensed producer Hexo Corp. cut its own revenue guidance for its latest quarter from roughly $26 million to a range of $14.5-million to $16.5-million, also pointing to a "delay in retail store openings in our major markets."

In July, the latest numbers available, pot retail sales were $104.4 million, surpassing the $100 million mark for the first time, with Ontario as the largest contributor with $29.6 million with just two dozen bricks-and-mortar outlets.

Although all consumers can buy pot legally online, it's clear that new and existing pot users want to shop in a physical store, said Greg Engel, the chief executive of cannabis company Organigram.

"Having a very limited number of stores initially, and still today, has had certainly had an impact," he said.

Ontario's rollout was complicated by a change from government-run stores to private just months before legalization. Alberta, however, got it right, industry players say, in large part because the province has for decades had a private sales model for alcohol.

"They knew what to do, they know how to control an industry retailing regulated substances... and that's what they did," said James Burns, the chief executive of Alcanna Inc. which has Nova Cannabis stores in Alberta and Ontario.

In B.C., long known for the quality of its namesake bud, sales remain relatively low, even though the network of stores in the province has grown in recent months.

British Columbians have bought just $25 million worth of legal pot since legalization, less than the far smaller provinces of New Brunswick and Saskatchewan, at $29.3 million and $44.5 million, respectively.

John Kaye, the owner of the Burb pot store in Port Coquitlam, B.C., said while the province has the strongest cannabis culture, lagging sales are tied to the low number of pot shops, adding that it took him about a year to get through the "gruelling" licensing process to get his flagship cannabis shop up and running.

In the first eight days of operation, his store has seen "remarkable" sales, as pot consumers prefer to shop in person rather than online, he added.

For retailers lucky enough to open a store in Ontario, the slow rollout has been a boon. 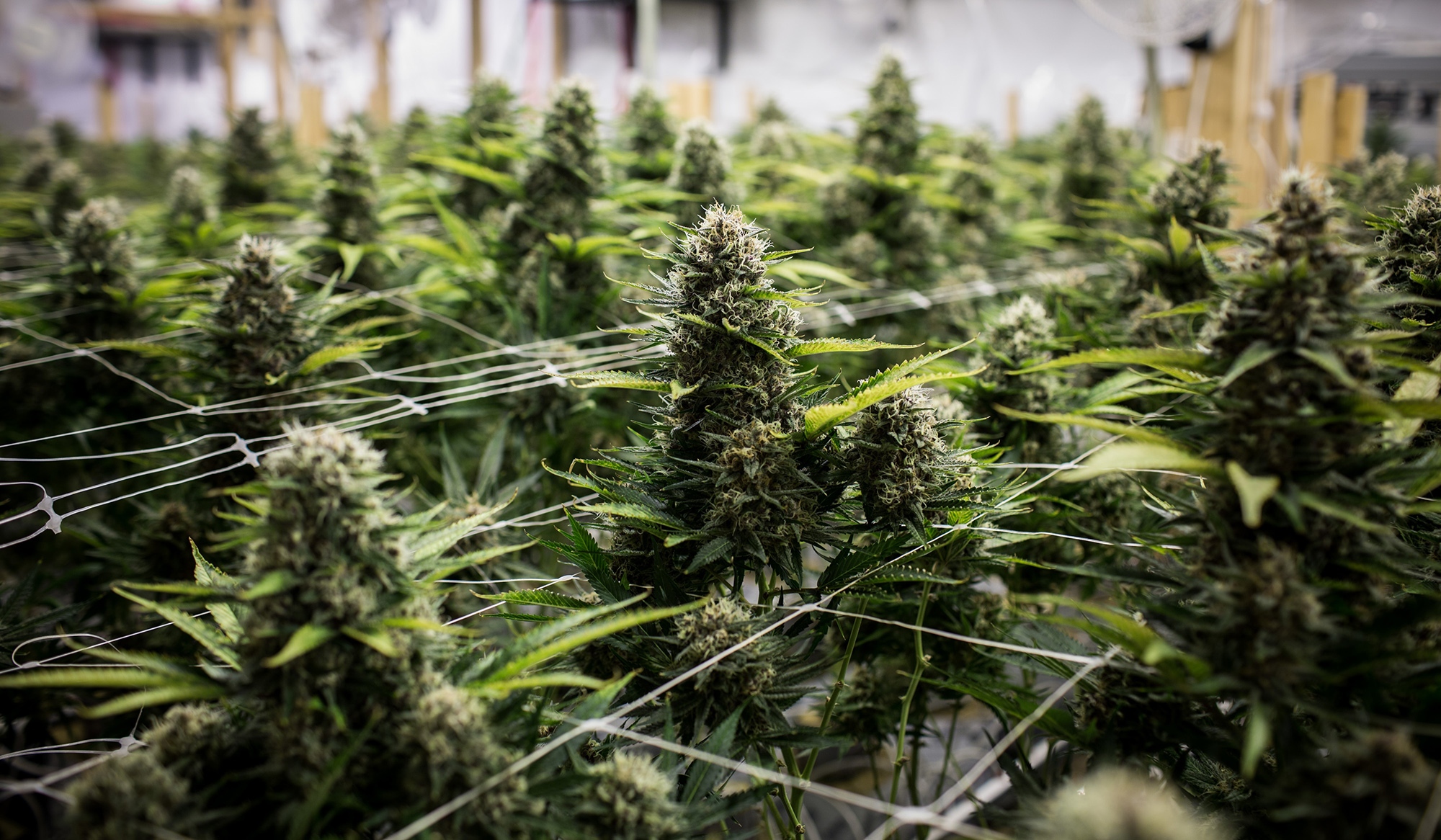 Which product in the next phase of legal pot are you most likely to consume?

Alcanna signed a licence agreement with a lottery winner who opened a store in downtown Toronto. The Queen Street store is averaging $450,000 in sales a week, more than double its busiest stores in Edmonton and more than six or seven times the average store, Alcanna's Burns said.

"It's just incredible… Obviously, Ontario was wildly understored," Burns said. "So that store is doing extremely well because there is no competition to speak of."

But some retailers are anticipating the province will widen access to cannabis licences down the line, and are willing to wait rather than strike pricey deals with the latest lottery winners.

Trevor Fencott, the chief executive of Fire and Flower Inc., said the pot retailer had been fielding calls from some of Ontario's second lottery winners, who have been granted the right to apply for a retail licence.

In order to partner with them, they were asking between $4 million and $8 million, which was "completely unreasonable," he said.

Fire and Flower partnered with two winners during the first lottery, but Fencott doesn't think the steep premium is worth it since he expects the Ontario government to open up the system, eventually.

"You do need, fundamentally, to get to thousands of stores to compete, and monetize the black market," Fencott said. "If you don't have that, then you're just leaving tax money on the table."

Roach is hopeful she can hold on until Ontario's private retail licensing process opens up. Facilitating access to legal cannabis is key to getting existing users to switch from the illicit market, the main goal of legalization, she said.

"The point of legalization is to get the consumers to convert to the legal market, and if there isn't an easy point of access... then legalization will not necessarily fail but it won't serve its purpose, which is getting rid of the black market." 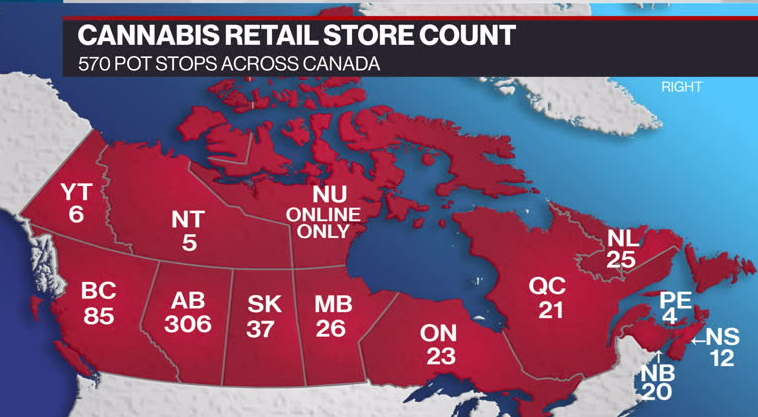