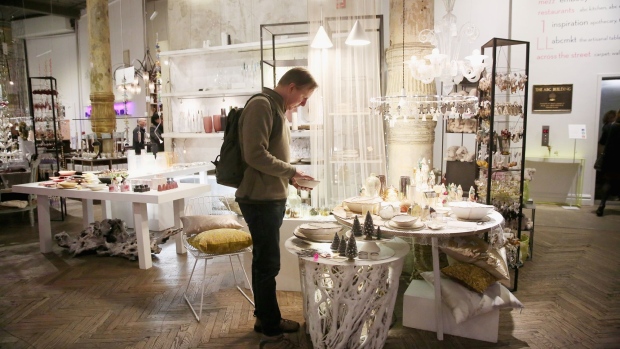 (Bloomberg) -- ABC Carpet & Home, the more than a century-old New York luxury home goods retailer, will stay in business after winning court approval to sell itself to a group of investors.

The sale is valued at about $26 million, a lawyer for the retailer said in a hearing Wednesday, though most of the consideration will come in the form of debt forgiveness. The company received no other acceptable bids.

The buyer, called 888 Capital Partners, plans to invest $20 million into ABC and offer jobs to more than 50 of the company’s existing employees, according to court papers. 888 Capital expects the new ABC to break even in its first year and to be profitable thereafter, noting the company will be debt free when it exits bankruptcy.

ABC filed for bankruptcy in September after Covid-19 cleared the city of many of its regular customers. The company traces its roots to the late 1800s, starting as a pushcart on Manhattan’s Lower East Side.

Paulette Cole, great-granddaughter of ABC’s original founder, will gain a minority stake in the restructured business when the deal closes.

U.S. Bankruptcy Judge David S. Jones approved the sale in a virtual court hearing Wednesday. He lauded those involved in the case for preserving a historic business and the associated jobs, but emphasized the deal comports with the U.S. bankruptcy law.

“This is not a situation where I am weighing job preservation and economic impacts on the community as a plus factor,” Jones said. “The results of the transaction are clearly in the best interest of the estate as a whole,” he said, referring to ABC and its creditors.