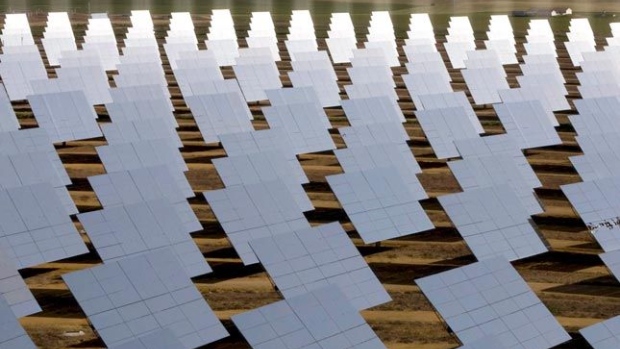 Solar troughs redirect the sun's rays to a central tower at the Abengoa solar-thermal plant near Seville, Spain. The country has cut subsidies for new solar projects. , Irene García Pérez

The renewable energy firm had 7.9 billion euros ($9.6 billion) in liabilities as of March 31, of which 3.9 billion euros were net corporate debt, according to its latest earnings statement. Martinsa-Fadesa SA, the country’s second-biggest bankruptcy, had 6.8 billion euros of liabilities when it filed in 2008.

Once a darling of renewable energy and part of the Ibex 35 Index, the company avoided insolvency in 2016 by restructuring about 9 billion euros of debt. About 19% of the company’s 13,500 employees are based in Spain.