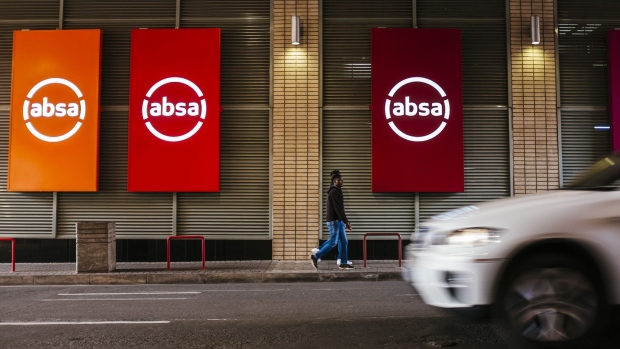 (Bloomberg) -- Absa Group Ltd.’s corporate and investment banking unit plans to open an office in China as part of an expansion that will also target other parts of Asia and the Middle East.

“Next year, we will be seeking strategic approval from our board for an on-the-ground presence in China,” Charles Russon, the division’s chief executive officer, said in an interview in Johannesburg. “My hunch is it will be Beijing. It’s actually one of the questions we’ve asked the strategic team to figure out.”

South Africa’s third-largest bank has seen business involving the world’s second-biggest economy and its operations across 13 markets on the continent more than double this year, albeit from a small base, he said. The Johannesburg-based lender is aiming for multinational firms, such as Huawei Technologies Co Ltd., as part of an effort to boost revenue from the region by more than 10% as economic growth at home stutters.

“We spent a lot of time this year building out some of the Chinese speaking capability and delivery capability in some of our core markets -- Kenya, Zambia, South Africa,” Russon said. “As you establish some of those relationships in mainland China you have actually got to have people on the ground who can execute on it and service the client locally. Middle East and Asia are probably further behind.”

Absa is not the only local lender chasing China. Larger rival Standard Bank Group Ltd., which is 20% owned by Industrial & Commercial Bank of China Ltd., has said it plans to draw more of the $147 billion a year of bilateral trade between Africa and China. FirstRand.’s Rand Merchant Bank has a representative office in Shanghai and has entered partnerships with several Chinese lenders, while Nedbank Group Ltd. in 2013 agreed to cooperate with Bank of China.

Absa, which has a transactional banking relationship with Huawei in Africa, has already opened a representative office in London and is waiting for final regulatory approval to open in New York to better capture “flows in and out of the continent,” Russon said.

It is also considering ways to deepen its interests in African markets such as Nigeria.

“We’re in discussions with our board on exactly where we want to go with our Nigeria strategy,” he said. “We are close to making some firm decisions on that.”

The CIB division, which accounts for about a third of Absa’s profit, will make one or two new hires in its mergers and acquisitions team, Russon said, without giving details.

“We want a diversified portfolio across countries and businesses,” he said. “We want a substantial CIB business that contributes in excess of 40% to group earnings, and not by shrinking other units.”

To contact the reporter on this story: Roxanne Henderson in Johannesburg at rhenderson56@bloomberg.net

To contact the editors responsible for this story: Stefania Bianchi at sbianchi10@bloomberg.net, Vernon Wessels, Alastair Reed