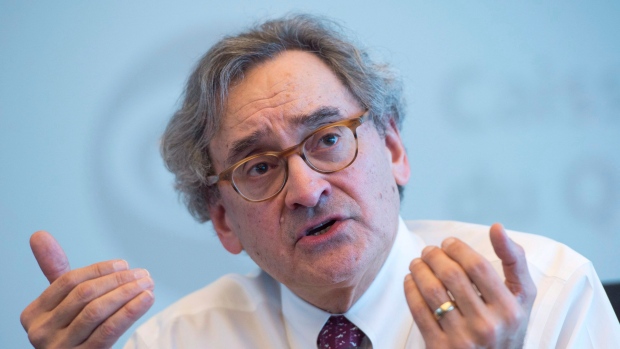 Caisse de depot et placement du Quebec's Chief Executive Michael Sabia said in an interview with Reuters on Wednesday that the U.S. aerospace company, headquartered in Chicago, was itself a recipient of state aid.

"I guess the guys at Boeing are so used to being subsidized by the defence department in the United States that they can't understand what a subsidy is anymore because they live off them," he said.

"They've got to build highways for the Brinks trucks that go between Washington DC and Chicago every day. They're wearing out the highways."

Boeing and the U.S. Department of Defense did not immediately respond to a Reuters request for comment.

The move came after Boeing had asked the Commerce Department to investigate alleged subsidies and unfair pricing for Bombardier's CSeries airplane, accusing Bombardier of having sold 75 of the planes to Delta Air Lines Inc last year at a price well below cost.

"It is just outrageous that a company that's subsidized by the U.S. government as Boeing is presumes to take such an action," he said.

The Caisse has a duel mandate both to maximise returns for depositors and support economic growth in the Canadian province.

Sabia said the Caisse operated independently of the Quebec government and the decision to invest in Bombardier was a commercial one.

"If somebody would give me another dozen of those I would be the happiest guy in Manhattan today to put it mildly.

"We have negotiated something that has no downside risk and unlimited upside exposure. Give me another dozen. Give me 20 of those."