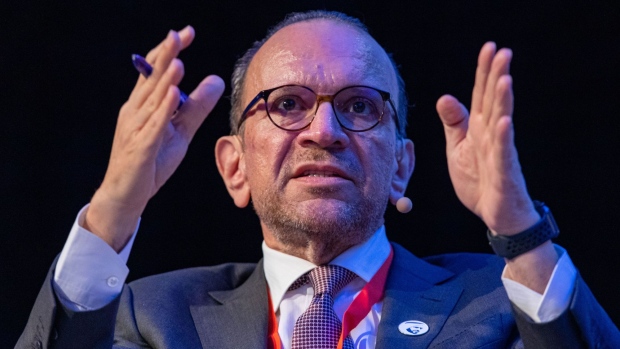 (Bloomberg) -- Abu Dhabi Global Market Chief Executive Officer Mark Cutis has left the financial center after one year in the role, according to people with direct knowledge of the matter.

Cutis is shifting gears to devote more time to his own business ventures, including potential work with biotechnology, cryptocurrencies and tokenization, said the people, who requested anonymity as the information is private.

ADGM Chairman Ahmed Jasim Al Zaabi, who assumed the position in October, will take over executive responsibilities in the meantime, they said.

Cutis previously held senior roles at ADIC, an investment unit of the Abu Dhabi government, and state oil giant Adnoc. Before moving to the UAE capital in 2008, he was chief investment officer of Tokyo-based Shinsei Bank Ltd.

Cutis declined to comment, and a spokesperson at ADGM didn’t immediately respond to a request for comment.

Under Cutis, ADGM continued its push to lure more financial technology companies to the sovereign wealth fund capital of the world. The free zone rolled out a virtual asset regulatory framework and has held talks with cryptocurrency exchanges, including Binance Holdings Ltd., that are looking to expand their presence in the country, Bloomberg reported in December.

The financial hub has also attracted more global banks, with JPMorgan Chase & Co. setting up a legal entity there in June. Abu Dhabi recently climbed two spots to No. 36 on the closely watched Global Financial Center Index. Dubai ranks 18th, the highest of any locale in the Middle East.