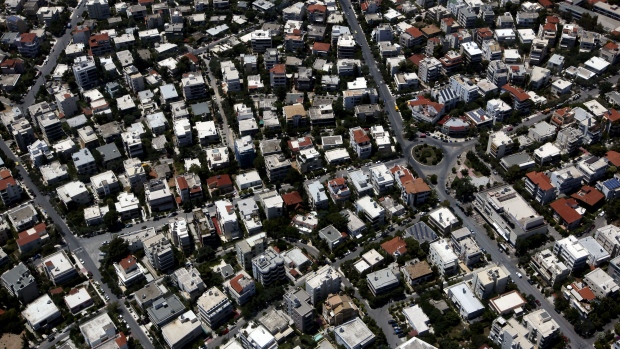 Residential and commercial property in the suburbs of Athens. Non-performing mortgage loans in Greece reached 15 percent of the total outstanding in the fourth quarter, up from 14 percent in the previous quarter, according to the Financial Stability department of the Bank of Greece. , Shaji Mathew

Abu Dhabi wealth fund ADQ made an investment in Blueground, a Greek startup focused on short-term furnished apartment rentals, as part of a push into the European nation.

It is the first investment under ADQ’s 4 billion-euro ($4.2 billion) bilateral partnership with Greece announced earlier this year, according to a statement. It didn’t provide a value for the investment in Blueground.

ADQ said its venture platform DisruptAD will support Blueground in achieving its target to expand to 50 cities by 2025.