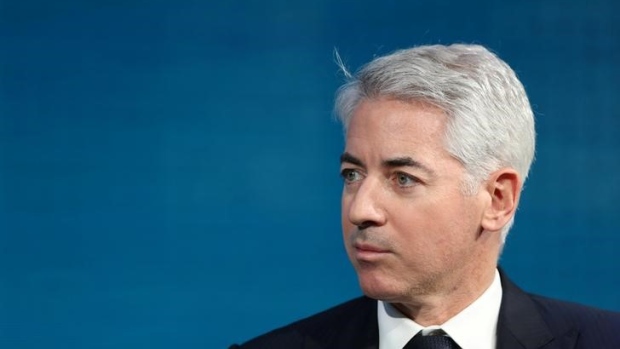 Pershing Square Holdings’s management company has been restructuring into a smaller, investment-centric organization whose future asset growth will be driven by results, Ackman wrote in a letter to investors. Shareholders of the U.K.-listed company will vote April 24 on a planned US$300 million tender offer, which could help to reduce the discount to net asset value the company trades at, it said in a separate statement.

“While the overall record is satisfactory for early investors, it has been disappointing for PSH investors who invested in recent years,” Ackman said in the letter, included in the company’s annual report released Monday. “2017 should have been a stronger year for Pershing Square.”

In the report, Ackman confirmed he had sold out of his passive investment in Nike Inc. after the share price appreciated by more than 30 per cent. The activist investor made about US$100 million on the investment in just a few short months, a person familiar with the matter said last week.

Pershing Square’s portfolio trades at a wide spread to intrinsic value, with catalysts that should contribute to value recognition, according to Ackman. The investment firm’s idea generation engine is “intact and productive,” he said in the letter.

Last year was a tough one for Ackman as his investment in Chipotle Mexican Grill Inc. continued to suffer setbacks. He also lost a high-profile proxy fight at Automatic Data Processing Inc., although this month he took advantage of a jump in ADP’s share price to sell shares worth about US$125 million at a profit.

The bumps have continued into 2018 after he finally admitted defeat in his epic battle with Carl Icahn over his US$1 billion short position in Herbalife Ltd.