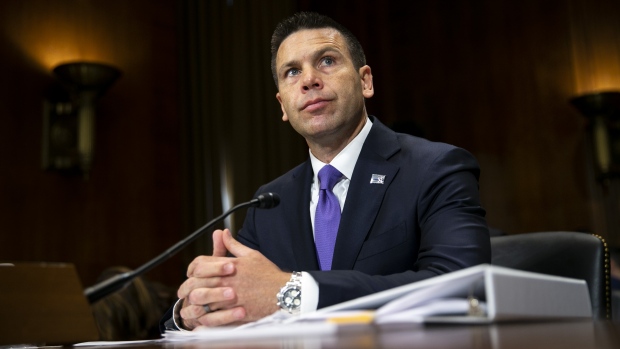 “Kevin McAleenan has done an outstanding job as Acting Secretary of Homeland Security,” Trump tweeted as he headed to a rally in Louisiana. “We have worked well together with Border Crossings being way down. Kevin now, after many years in Government, wants to spend more time with his family and go to the private sector.”

McAleenan became the acting secretary after Trump forced out his predecessor, Kirstjen Nielsen.

To contact the reporter on this story: John Harney in Washington at jharney2@bloomberg.net

To contact the editors responsible for this story: Michael Shepard at mshepard7@bloomberg.net, John Harney