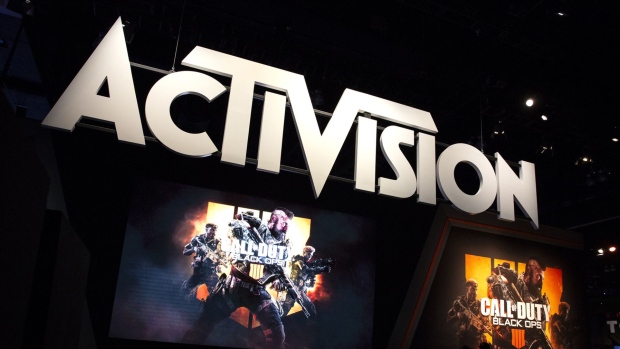 (Bloomberg) -- Activision Blizzard Inc. fell more than 4% following a report that the video-game company received a subpoena from the Securities and Exchange Commission in connection with a probe of its workplace practices.

The SEC subpoenaed the company and several senior executives, including Chief Executive Officer Bobby Kotick, the Wall Street Journal reported Monday, citing documents and people familiar with the investigation. Neither the company nor the regulators immediately responded to a request for comment.

Activision’s troubles have snowballed in recent weeks. In mid-September, a union filed a federal labor board complaint accusing the company of violating the law through coercive rules, actions and statements. California’s Department of Fair Employment and Housing sued the company in July, alleging Activision fostered a “frat boy” culture in which female employees were subjected to sexual harassment, pay inequality and retaliation. Days later, an employee walkout drew hundreds of demonstrators to the sidewalks at a company campus in Irvine, California.

In a July email to employees, Activision’s chief compliance officer called the California agency’s claims “factually incorrect, old and out of context.”

Kotick later apologized for a “tone deaf” initial response to concerns in a letter to employees and engaged a law firm to revamp the company’s practices. Activision recently hired several new executives to address the company’s corporate culture.