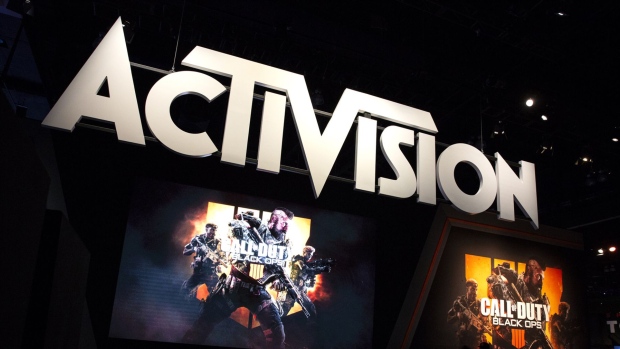 Activision Blizzard Inc. issued a tepid forecast for the fourth quarter that suggests a surge in video-game play linked to the COVID-19 pandemic may be letting up.

The video-game maker, which typically forecasts cautiously, said Thursday revenue in the current period will be US2.73 billion. While that’s above the average Wall Street forecast of US2.59 billion, some estimates were higher. The company also forecast profit of US1.09 a share, excluding some items, exceeding the US1.07 average of analysts’ estimates.

“We may have seen some early evidence of a slowing from the pandemic tailwind,” said Doug Clinton, co-founder of Loup Ventures.

While the COVID-19 pandemic has led to more game play by people stuck at home, Activision credits more-frequent releases and updates, along with new business models, such as free-to-play. The company is in “final large-scale testing” of Call of Duty in China, with more than 50 million players preregistered, opening up opportunities in the world’s largest mobile-gaming market, Chief Executive Officer Bobby Kotick said on a conference call.

Results this quarter will hinge on the new generation of game consoles from Microsoft Corp. and Sony Corp., along with new iterations of popular titles to play on them. Activision plans a slew of new releases, such as Call of Duty: Black Ops Cold War, coming in the fourth quarter, soon after the new consoles debut.

Shares of Activision, based in Santa Monica, California, shares fell as much as 7 per cent to US72.34 in extended trading but mostly recovered. The stock closed at US77.77 in regular trading Thursday and was up 31 per cent this year.

“Guidance appears a bit conservative, but that is normal for them and peers to give conservative outlooks ahead of new releases,” said Matthew Kanterman, an analyst at Bloomberg Intelligence. “Strong outlook for the Call of Duty refresh and World of Warcraft Expansion in 4Q despite conservativeness is still encouraging.”

For the third quarter, Activision reported that adjusted profit rose to 71 cents a share, beating estimates of 65 cents. Adjusted revenue grew to US1.77 billion, exceeding analysts’ projections of US1.68 billion.

Activision plans to hire about 2,000 people in the next 14 months, with about 60 per cent in development, creative and production, to put out more content more frequently and on more platforms, Kotick said in an interview. The company hasn’t experienced any delays for 2021 titles yet, he said.