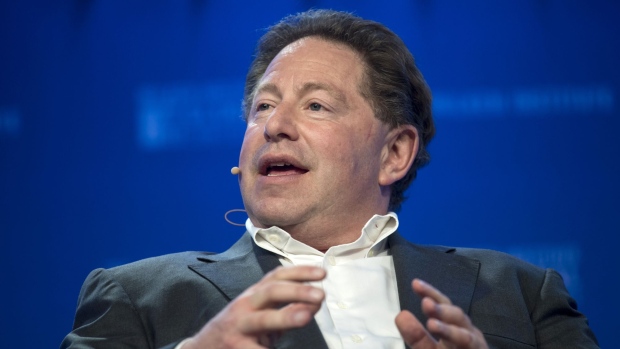 (Bloomberg) -- Some 37 people have “exited” Activision Blizzard Inc. and 44 have been disciplined in response to allegations of sexual harassment and misconduct at the company, according to a report Monday in the Wall Street Journal.

The company disclosed in October as part of an internal investigation that more than 20 employees have “exited” and at least 20 others have received disciplinary action. The paper cited a company spokeswoman for the higher numbers.

Chief Executive Officer Bobby Kotick held back a report summarizing the actions that was due to be released before the winter holidays, telling people it could make the company’s problems appear bigger than was known, the newspaper reported, citing people familiar with the matter who it did not name. More than three dozen staff had been fired or pushed out, the paper reported, citing the people.

Representatives for Activision Blizzard didn’t immediately respond to a request from Bloomberg for comment.

The Santa Monica, California-based business has been facing a reckoning after a July lawsuit accused it of fostering a “frat boy” culture of sexual harassment and discrimination.