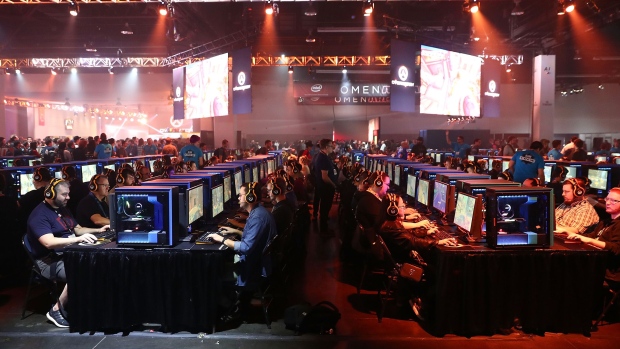 (Bloomberg) -- Activision Blizzard Inc. called off plans to hold a mostly virtual event for its biggest annual convention in February as fallout from a sexual misconduct scandal persists.

The BlizzCon conference is one of the biggest events on the video game industry calendar. In years past, it has drawn more than 20,000 people to Southern California and serves as a venue to unveil new games from Activision’s Blizzard Entertainment unit. After foregoing an in-person event for two years, BlizzCon 2022 was scheduled to combine an online show with smaller in-person gatherings.

The company was thrown into turmoil this year after a California agency sued for claims of sexual harassment and pay inequities. Activision has denied some of the claims while also taking steps to punish those accused of harassment. Last week, Activision said it ousted more than 20 employees.

In a statement on the event’s cancellation Tuesday, Blizzard said: “Whatever the event looks like in the future, we also need to ensure that it feels as safe, welcoming, and inclusive as possible.” A spokesperson didn’t immediately provide further comment.

Blizzard still plans to offer previews of upcoming games despite not holding the event, the company said.