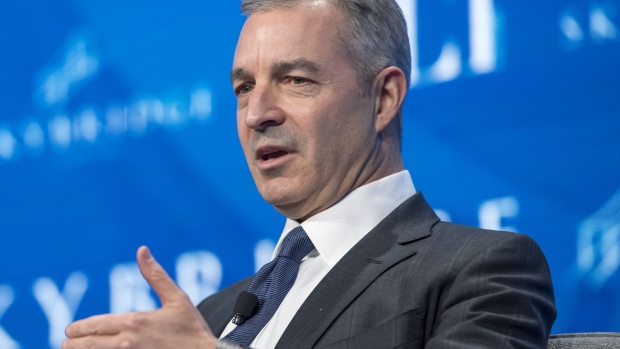 (Bloomberg) -- Activist investor Dan Loeb has built a position in Royal Dutch Shell Plc and is pushing for a breakup.

Loeb’s Third Point LLC said in an Oct. 27 investor letter that Shell would benefit from breaking off its liquefied natural gas, renewables and marketing businesses into a standalone company. That would separate it from its legacy energy business, which would include its upstream, refining and chemicals businesses.

He said the past two years have been difficult ones for Shell investors with a major dividend cut, and a well-publicized court case that ordered changes to its business model. In fact, he said it’s been a difficult two decades for shareholders with annualized returns of just 3%.

“Shell’s board and management have responded to this with incrementalism and attempts to ‘do it all.’ As the saying goes, you can’t be all things to all people. In trying to do so, Shell has ended up with unhappy shareholders who have been starved of returns and an unhappy society that wants to see Shell do more to decarbonize,” he said in the investor letter.

A representative for Shell wasn’t immediately able for comment. The stock rose to a session high on the news. Dow Jones reported the news earlier.

Shell has come under fire from activists, the courts and its own investors over its role in climate change. In May, a Dutch court said that the company would have to slash its carbon emissions 45% by the end of the decade, going far beyond Shell’s own plans.

The oil major has succumbed to pressures to reduce emissions by putting to vote an energy transition strategy that will see see Shell produce more gas, less oil and ramp up investments in renewables. Still, for some investors, that’s not enough. On Tuesday, the Netherlands’ largest pension fund and once-ally of Shell said it would divest its fossil fuel assets.