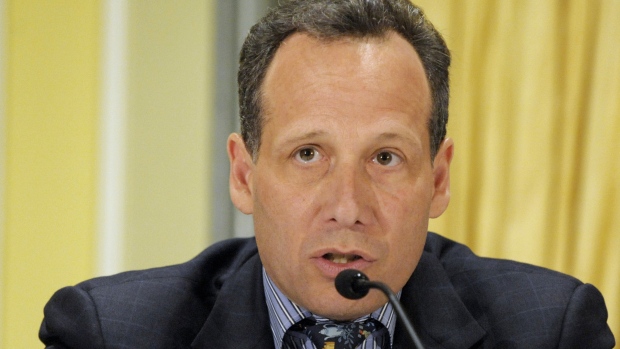 Activist investor Jonathan Litt filed with regulators Tuesday to call a special meeting at Apartment Investment & Management Co. so shareholders can have a say on its plans to split its business into two parts.

The move to seek support for a vote comes after Aimco ignored the investor’s request to hold a shareholder vote on the matter, which will see the company broken up into a real estate investment trust and a development company.

“We also believe that a substantial majority of our fellow shareholders share these views,” Litt said in an emailed statement Tuesday. “Unfortunately, instead of listening to the voices of its shareholders, sell-side analysts and industry experts, AIV and its board have seemingly chosen to double down by moving forward with the spinoff without putting it to a shareholder vote.”

Aimco has said the split would provide investors with a simple and transparent way to invest in the multifamily properties sector through the newly created Apartment Income REIT. About 90 per cent of the company’s apartments would be spun off in the REIT in the form of a taxable dividend under the plan under the plan unveiled last month.

The remaining development and redevelopment business, Aimco, would also pursue other value-creating transactions, the company contends.

Aimoc reiterated in a statement Tuesday that it had explored several avenues before deciding the split was in the best interest of shareholders. It said it would review the proposal for a special meeting and provide additional details to shareholder in due course.

“The board strongly believes in the merits of the announced transaction and remains committed to completing the transaction, and is confident this will lead to improved performance for both companies, resulting in increased value for all Aimco shareholders,” the company said.

Litt said his concerns about the deal have only grown since he made them public last week. Since then, he noted Aimco released additional details about the tax implications of the split, including that some shareholders will incur a tax hit of as much as US$8 a share. He said a special meeting was critical for allowing investors to have a say on the matter.

Litt’s firm, Land & Buildings Investment Management, disclosed a 1.4 per cent stake in Aimco last week, and argued in a letter to the company’s board that the proposed transaction could be value destructive. Under the company bylaws, Litt will still have to win the support of investors representing 25 per cent of the voting rights in the company to call the meeting.

He questioned whether the company had explored all avenues available to it to improve its performance, including a potential sale. He argued that the two new public businesses that are planned are unlikely to trade anywhere near the underlying value of Aimco’s assets, which the company estimates is roughly US$59 a share.