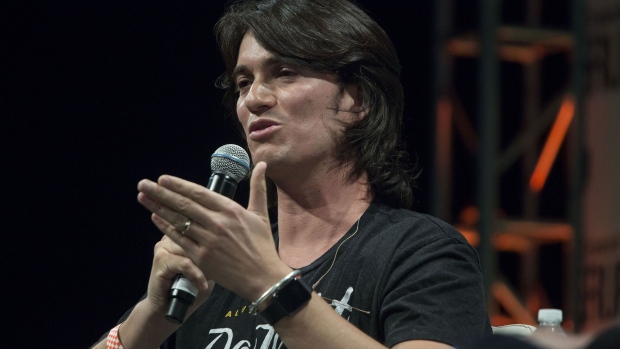 Sure you do! He’s in prison now, but back in 2015, not long after becoming the chief executive officer of Turing Pharmaceuticals, the 32-year-old Shkreli jacked up the price of an important HIV drug, Daraprim, by more than 5,000%. The move was met with outrage, and his subsequent lack of remorse only made it worse. He was soon being called “the most hated man in America” by the media. (Also, “Pharma Bro.”) Hauled before Congress, he smirked his way through a hearing. At one point, the late congressman Elijah Cummings warned Shkreli that he might “go down in history as the poster boy for greedy drug company executives.”

Which, of course, is what happened. Although Shkreli was convicted of securities fraud in 2017, it was Daraprim that made him infamous. Yet no matter how much anger his outrageous price hike generated, there was nothing anyone could do. Shkreli could have raised the price 10,000% if he’d wanted. He saw a flawed system, and exploited it. Even though he wound up disgraced, his price hike was perfectly legal.

I thought of Shkreli on Wednesday when I read a tweet by Senator Tom Cotton, a conservative Republican from Arkansas. The tweet was about WeWork, and the senator expressed fury at what former We Co. CEO Adam Neumann had just gotten away with:

Even in the unlikely event that the WeWork story has a happy ending now that its primary investor, SoftBank Group Corp., has control of it, the company’s spectacular implosion is going to linger for a very long time. Books are going to be written, podcasts are going to be recorded, documentaries and TV series and feature films are going to be aired.

And you can bet that Adam Neumann is going to be at the red-hot center of it all. Here he is, an unknown entrepreneur, negotiating a deal in a limo with SoftBank CEO Masayoshi Son, that would give the company a US$20 billion valuation! There he is spending US$80 million buying five homes (including one in San Francisco with a guitar-shaped room)! He’s borrowing tens of millions of dollars from a credit facility led by JPMorgan Chase & Co. against his WeWork shares. He’s selling millions of dollars of shares when WeWork raises money from private investors. He’s buying commercial buildings and then leasing office space to WeWork. He trademarks the word “We” and then tries to sell it to his own company for US$5.9 million. (That deal doesn’t fly.) And finally, of course, once the company has been decimated, he sells his stock to a now-desperate SoftBank for US$1 billion as a condition of his leaving the premises. Plus SoftBank gives him a US$185 million “consulting fee.” And a US$500 million line of credit to pay back the credit facility.

Martin Shkreli, step aside. Adam Neumann will soon be the new “most hated man in America.” When even a free market Republican like Tom Cotton expresses disgust at Neumann’s greed, you know that the WeWork founder is soon going to be a piñata, just as Shkreli was.

But as much as Cotton would like to view him as a fraud, it doesn’t appear that he’s done anything illegal. Like Shkreli, he saw a flawed system and his combination of greed, smarts and apparent remorselessness allowed him to exploit it.

For instance: In April 2012, President Barack Obama signed into law the so-called JOBS Act,(1) which allowed companies with 2,000 shareholders to remain privately-held. (The previous threshold had been 500.) That meant companies like WeWork could stay private longer, raising funds from a broader group of investors without some of the checks that come with being a publicly-traded concern. Without greater scrutiny and questions about the magical thinking of executives and private investors, valuations swelled. This helped make venture capitalists desperate to throw money at privately-held unicorns — so desperate they let founders retain control of their companies through supervoting shares. That concession was founded on the notion that CEOs themselves were magical; not infallible, but pretty darn close.

All of this allowed Neumann to keep raising billions even as his company was losing billions. We’s status as a private company gave him the cover he needed to do his inside deals. He convinced Son that he and only he could find We’s less-than-obvious path to profitability. And at the end, Neumann’s control of the company gave him the leverage to extract that shocking US$1.7 billion payment on his way out the door. It was only when the public got its first peek inside, when We issued its prospectus in mid-August prior to a proposed initial public offering, that the game was finally exposed.

The market’s been in bubble territory for some time. We’s implosion will one day be seen as the end of that bubble, just as the AOL-Time Warner deal marked the beginning of the end of the dot-com bubble in 2000.

At the tail end of every bubble there is always one company whose story is so patently insane that people wonder after the bubble bursts how in the world anyone could have thought it ever made sense. And there is always one person who becomes the stand-in for everything that went wrong.

(1) Its official title was the Jumpstart Our Business Startups Act.