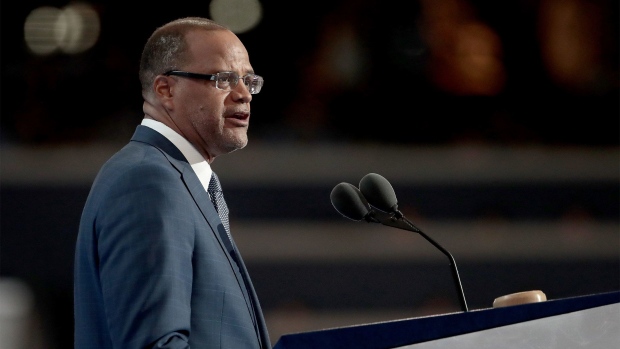 (Bloomberg) -- New York City Mayor-elect Eric Adams will name David C. Banks, an adviser and educator, as his pick for schools chancellor, according to a person familiar with the decision who was unauthorized to talk publicly.

Banks, 59, will be the first commissioner Adams has named for his new administration. A native New Yorker who grew up in Queens, Banks will be responsible for ushering the nation’s largest district out of the pandemic, improving a 1 million-student system criticized as underperforming and navigating the tricky politics of education in a striving city.

Banks is the chief executive officer of the Eagle Academy Foundation. He helped found the network of public, all-boys’ schools that serve primarily low-income Black and Latino students.

“I want to help transform the lives of so many of our children, but particularly Black and brown children who have struggled the most in this system,” Banks told the New York Times in an interview published Wednesday evening. “They need people to be bold on their behalf.”

Banks, a close friend of Adams, is a longtime charter-school advocate. His partner, Sheena Wright, who runs the United Way of New York City, is the co-chair of Adams’s transition team. He will take over leadership during the city’s first pandemic school year fully in person.

He will replace Meisha Ross Porter, who will step down ahead of Adams’s inauguration. She was appointed by Bill de Blasio less than a year ago.

Porter served as the city’s first Black schools chancellor and spent the bulk of her career working in New York City public schools. As chancellor, she oversaw reopening and encouraged vaccination among families. She also expanded the city’s 3-K for All effort and led the planned revamp of a gifted-and-talented program that some said contributed to inequality in the system.

De Blasio and Porter announced plans to eliminate a test for 4-year-olds and implement a new, accelerated program in all elementary schools. Adams has said he will scrap de Blasio’s plan, arguing he can avoid the political and logistical fallout by keeping the program in place and widening it. Banks will have to implement that plan.

Banks also will have to contend with a pandemic that last year closed schools, bedeviling parents and damping the city’s economy. He was among a group of educators that advised de Blasio on how to reopen schools.

So far, cases in schools have stayed relatively low. As of the end of November, there had been only three full school closures and just about 2,800 classroom closures since the beginning of the school year, according to city Department of Education data.

“Whatever we have seems to be working, at least at the surface level, from what we can see,” said Noel Manyindo, associate professor at the City University of New York School of Medicine. “The challenge may arise as we get into the colder months, as we get into flu season and various holidays.”