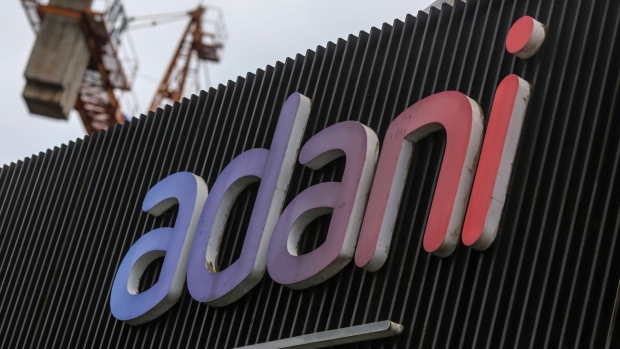 The board of Ahmedabad-based firm, helmed by Asia’s richest person, approved a further public offer of equity shares, according to an exchange filing Friday.

The breakneck expansion by the ports-to-power conglomerate has added both financial complexity and leverage to the business. The fundraising, in one fell swoop, can improve the company’s debt ratios -- the lenders are urging for it too -- broaden investor base, increase stock liquidity and possibly spur analyst coverage for a firm that’s currently tracked by just two brokerages despite surging over 2,000% in the last four years.

Shares extended decline to as much as 1.9% after the announcement during trading in Mumbai. While Adani Enterprises doesn’t have a dollar bond, all outstanding dollar bonds of other group firms gained. Adani Ports & Special Economic Zone Ltd.’s dollar notes due in 2041 gained 2.5 cents on the dollar, extending this week’s gain to 6.9 cents on track for its best-ever week.

Bloomberg News reported earlier this week that Adani Enterprises was considering a follow-on issue of at least $1.8 billion, as part of a $5 billion fundraising exercise.

Research firm CreditSights in September said Adani Group’s leverage was “elevated,” an assertion the conglomerate rebutted saying the debt ratios of its companies were “healthy.”

The world’s third-richest person has rapidly diversified to include airports, data centers, digital services and media. Some of this diversification has come through a string of acquisitions, the most prominent being the $6.5 billion buyout of Holcim Ltd.’s two Indian cement makers and the ongoing hostile takeover of media firm, New Delhi Television Ltd.

The Adani Group is also looking to raise fresh debt over the next year, Bloomberg News reported last month, to refinance its high-cost borrowings and fund projects in the pipeline. The current equity fundraising, in this context, will help allay any investor concerns against mounting debt burden.

--With assistance from Divya Patil and Anirban Nag.