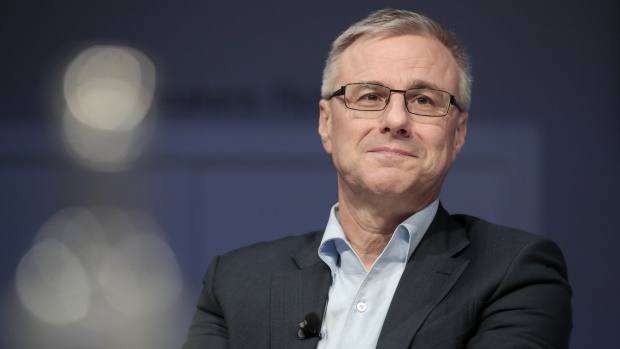 Akka investors will receive 49 euros a share, Adecco said Wednesday, almost double Tuesday’s closing price. The main shareholders, the Ricci family and Belgium’s Cie. Nationale a Portefeuille SA, have irrevocably accepted the terms. They own 60% of the company, which has operations in Europe, predominantly in France and Belgium.

The deal marks one of Adecco’s largest since the 1996 transaction that created the Swiss company. Akka will be merged with Modis, a business Adecco bought about a decade ago. The companies will together have some 50,000 experts in information-technology skills, specializing in areas such as mobility and software.

The purchase will help Adecco expand in a growing market, “and especially in digital engineering,” Chief Executive Officer Alain Dehaze said in an interview with Bloomberg Television. “The two founders really believe in the deal, they are putting skin in the game, and they will help us be very successful in the integration.”

The Ricci family will receive Adecco shares as part of the transaction, which has an enterprise value multiple of 10.6 times 2022 earnings before interest, taxes, depreciation and amortization.

The acquisition will lead to more than 200 million euros in revenue synergies and 65 million euros in cost savings, Adecco said. The company expects it to increase margins and earnings from the first year. Including debt, the bid is worth 2 billion euros.

On the face of it, the price “looks high,” RBC analyst Andrew Brooke wrote in a note, adding however that synergies are also high.

“Adecco has lagged in the specialist arena, so this potentially helps,” the analyst wrote. “Although execution of bigger deals in staffing does present a risk.”

(Adds share moves in third paragraph. A previous version of this story corrected the nationality of the target company)