There has been a significant downturn in returns for fixed income year over year: Tom O'Gorman

Investors bet on the popularity of music from artists ranging from Adele to Neil Diamond to Rosanne Cash as they bought up bonds backed by licensing their catalogues.

Performing-rights organization SESAC, which licenses music to radio, television and film and collects other fees and royalties, has sold a US$335 million bond transaction, according to people with knowledge of the matter. The offering is the second such deal for the Blackstone Group Inc.-backed company, which also counts Bob Dylan, Kesha, and Green Day among its roughly 30,000 clients.

SESAC is effectively mortgaging its business by selling the bonds, known as whole-business securitizations, allowing it to borrow with investment-grade ratings instead of offering junk debt. The company, which was bought by Blackstone Group in 2017 for about US$1.125 billion, sold similar securities in 2019.

Yields on whole-business securitizations, along with most other kinds of debt, have risen in the last year as the Federal Reserve started hiking interest rates to tame inflation. Issuance volume for these asset-backeds has slowed slightly from last year’s record levels, down about 6 per cent from the same point in 2021. 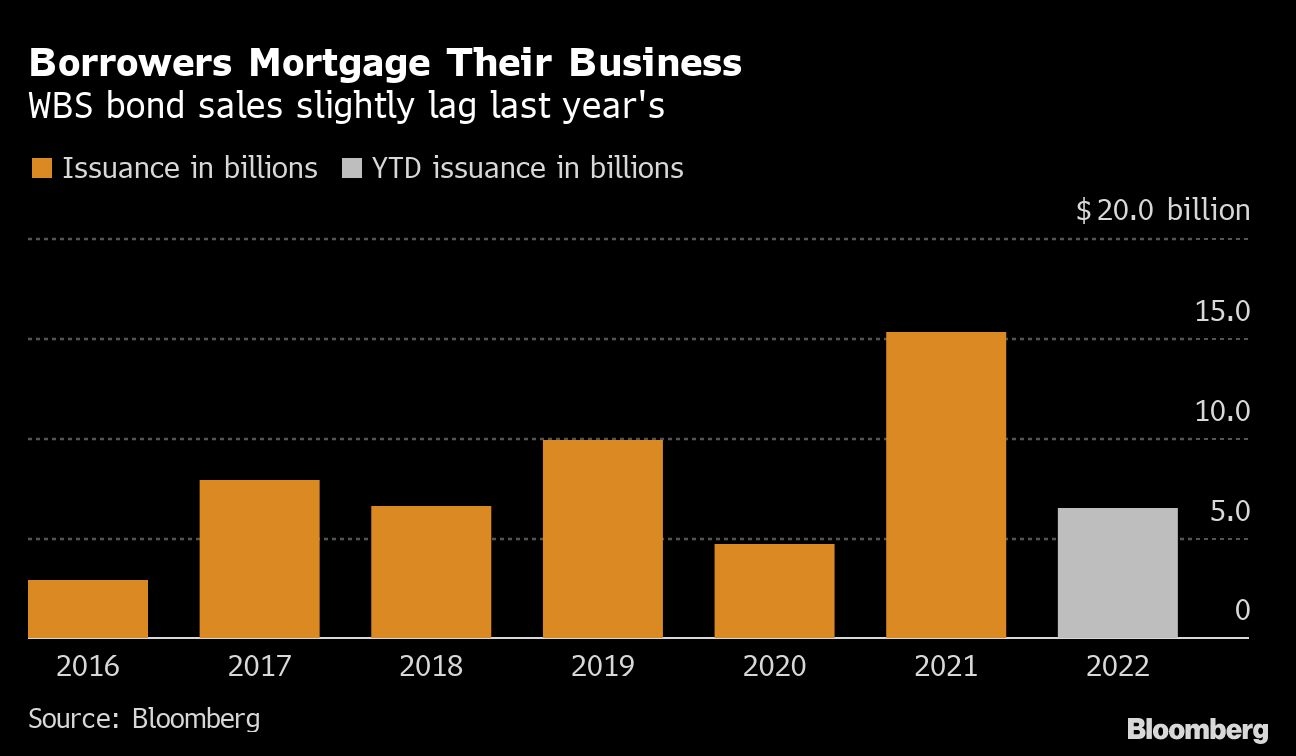 SESAC expects to use the proceeds of the bonds to help finance its acquisition of British production music library Audio Network -- which it bought in 2021, as well as to pay a dividend to its private equity shareholders. Guggenheim Securities led the bond sale. Audio Network’s collections are included in the deal’s collateral.

The Nashville, Tennessee-based firm is not the only company to sell whole business securitization debt this week. Focus Brands Inc., owner of restaurant brands including Moe’s Southwest Grill and Carvel, sold a US$555 million bond transaction on Tuesday.

It was that firm’s third whole business securitization, but the costs for the latest offering were higher. It paid a yield of about 7.271 per cent on the largest portion, which has an average life of 6.8 years, compared with 5.217 per cent for a similar portion in a transaction in 2018.

SESAC’s latest bonds were structured in three portions, including a US$30 million variable-rate note, a US$240 million fixed-rate part, and a US$65 million note. The largest piece, with an average life of 3.96 years, was sold at a yield of 6.311 per cent. That’s more than the 2019 deal, where the biggest portion had a 6.7 year average life and a yield of around 5.25 per cent.

In this week’s transaction, DBRS Morningstar assigned the largest tranche a preliminary BBB grade, while Kroll Bond Rating Agency expects to rate the tranche one notch lower at BBB-, according to June 27 presale reports.

Both firms cited SESAC’s stable revenue and the company’s position as the third-largest performing-rights organization and the only one for-profit as reasons for their respective ratings. However, DBRS sees a risk of declining revenues should a significant coronavirus resurgence occur and if there’s more competition from other performing-rights organizations, said Joshua Gatmaitan, senior vice president of US asset-backed securities at DBRS.

Representatives for Guggenheim declined to comment, while SESAC did not respond to an inquiry.