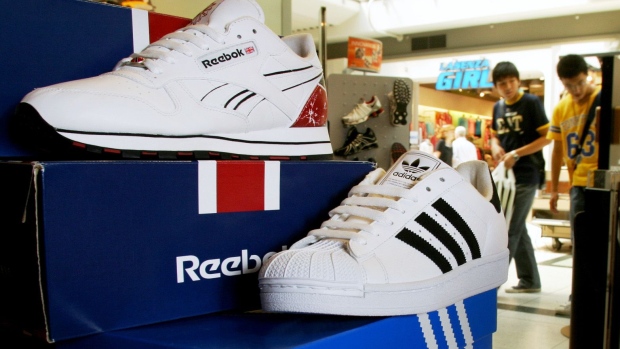 Adidas AG plans to divest its underperforming Reebok brand as the German sportswear maker moves on after trying to revive its performance for more than a decade.

Adidas is starting a formal process to exit the business, and it will present more details on its new strategy March 10, the company said Tuesday. The apparel maker said in December it was weighing options for Reebok.

Adidas is throwing in the towel 15 years after acquiring the brand for US$3.8 billion. While the pandemic could mute prospects for the sale somewhat, soaring stock markets are driving asset prices higher. Reebok is likely to attract interest from rival sporting goods companies, especially in Asia, as well as private equity suitors, Bloomberg reported in December, citing people familiar with the matter, who asked not to be identified because discussions are private.

Reebok returned to profitability in 2018 and eked out 2 per cent sales growth in 2019. Bloomberg reported in October that Adidas was exploring a sale and might start a strategic review, citing a person familiar with the matter.

Adidas shares erased most of their intraday decline after the statement. As of 3:03 p.m. in Frankfurt, they were down 0.8 per cent.

Since his arrival at Adidas in 2016, Chief Executive Officer Kasper Rorsted has prioritized fixing Reebok’s long-sluggish performance. He closed underperforming Reebok stores and allowed some licensing deals to expire, cutting sales at the long unloved sporting label while slashing expenses even more.

While Rorsted had hoped for about 2 billion euros (US$2.4 billion) from selling Reebok before the pandemic, he would now be happy with less than that amount, Manager Magazin has said.

Reebok became an industry giant seemingly overnight in the 1980s, propelled by the aerobics boom. That momentum, however, quickly sputtered, and even Adidas has never managed to reignite the brand.

The chance to capitalize on Reebok’s deep archive of classic footwear and apparel styles -- from the clean white sneakers featuring the Union Jack to the black-and-white bullseye basketball kicks worn by Shaquille O’Neal -- could be a motivating factor for potential buyers.